Opinion: The Courage and Necessity of Salman Rushdie 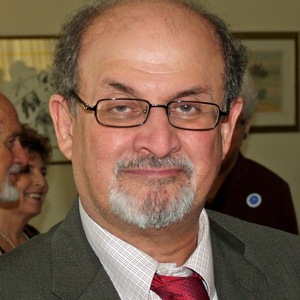 There are at least a dozen reasons why Salman Rushdie is essential as a writer, thinker, artiste, voice for free speech, contrarian, and dissenter. As Rushdie lies in hospital fighting for his life after a brutal attack unleashed on him by Hadi Matar, a young man from New Jersey known to be sympathetic to the Iranian state, two of these reasons in particular strike as especially relevant.

One, since the fatwa issued by Ayatollah Khomeini ordering Rushdie’s death for blasphemy against Islam in The Satanic Verses, Rushdie has warned us repeatedly of the dangers of tiptoeing around religion, of exempting it from skeptical inquiry, critique, or satire out of fear of offending believers. And, time and again, in the last three decades, Rushdie has been proven right, not just through the example of his own experience, but through any number of cases, whether that of Taslima Nasreen, Shirin Dalvi, the Charlie Hebdo shooting, or Gauri Lankesh.

Rushdie has not rung the alarm bell exclusively about religion, though. His insistence that the right to speak freely, and, crucially, the right to offend, are essential to a democratic social order. Political speech, comedy, or everyday conversation, all deserve to be treated with the same sanctity—as precious and essential.

Secondly, Rushdie stands as a model of immense courage, for his refusal to live in fear of the fatwa, and, by all accounts, going about his life with relentless zest.

As a student at Emory University in the early aughts, I had the privilege of attending several talks by Rushdie. After one of his lectures, Rushdie milled about the audience at the reception, chatting unhurriedly with each person who wished to speak with him. Other than a single police officer standing at a distance, there was no security present.

I heard Rushdie speak again in 2008 in San Francisco when he was interviewed publicly by Michael Krasny, a professor at San Francisco State University, for a radio program that Krasny hosted. I remember a fair bit of the Emory lectures and the San Francisco conversation, each of which was a singular Rushdie blend of erudition and wit, research and anecdote, of weaving fiction and fact, personal memory and public history. What I remember most vividly, though, were his responses, in the San Francisco discussion, to questions about his support for the U.S.-led invasion of Afghanistan, his views on the idea of regime change, and his criticism of the rationale of U.S. policies concerning the war in Iraq.

Regardless of whether or not one agreed with Rushdie’s specific arguments, it was the most informed discussion on the subject that I had come across in American public discourse till that time. It is the kind of conversation I have rarely encountered since, in the U.S. or elsewhere, certainly not on American television or in the global spaces of social media. I remember thinking then that the conversation was a marvelous representation of the principle of freedom: the freedom of intellectual inquiry and the freedom to live without fear. The conversation also embodied the fact that these two facets of freedom were deeply and fundamentally linked.

Both those freedoms now appear under attack in societies across the world, from Russia to India, the U.S. to China, Hungary to Turkey.

There appears to be a peculiar complicity across the political spectrum, from right-wing authoritarians and near-fascists to progressives, which is that religion must somehow be exempt from the kind of speech, whether critical interrogation or humor, that we can apply to most other aspects of our lives. In fairness to the progressives, though, the punitive measures that they advocate do not involve extreme physical violence and are restricted, instead, to shaming the guilty on social media, getting them to apologize in public, or getting them fired.

With respect to religion, one new speech norm seems to be that if large numbers of people believe something to be the truth, we cannot risk offending them. If a religious community says they find something offensive, that sentiment must trump the principle of freedom of speech or at least be granted equal weight. A related rule of thumb: in the name of “respecting” religion, we must couch any criticism of religion in euphemistic, palatable, and mild language— never mind that most religious traditions have plenty in them that is disrespectful to one or more categories of humanity, women, non-believers, members of another faith, etc.

Rushdie, in his writing and in the manner in which he has authored his life, tells us how shaky and ludicrous these arguments really are, and how the slippery slope of religious exceptionalism threatens to risk the hard-won freedoms of secular and democratic life. And, for that invaluable gift, anyone who has ever wanted their voice heard without fear of being shut out, shouted down, or threatened into silence, owes him thanks.

For Indians who gladly claim Rushdie as their own to bask in the reflected glory of his achievements, but quickly abandon him—as they did at the Jaipur Literature Festival some years ago—when the ever-present specter of “hurt religious sentiments” threatens to rear its head, this should be an occasion for soul searching.
Indian liberals who are expressing shock on social media at the attack on Rushdie need to confront their own silence on the attacks on journalists, writers, and other artists in India.

Those who hold any belief in the concept of religious blasphemy, whether against Prophet Muhammad, or any other god or prophet, do not get to shed public tears as proof of their liberal bona fides. Hindu right-wingers who are crowing about the attack on Rushdie as proof of the inherently violent nature of Islam and Muslims need to take a long, hard look at the record of the leaders of the Hindu right, Modi, Shah (technically a Jain), Adityanath, as well as lesser figures like Yati Narsinghanand, Kapil Mishra, and Anurag Thakur, in unleashing violence against Indian Muslims. Congress leaders may want to remember that it was the Rajiv Gandhi government that had banned The Satanic Verses, a decision that prompted similar reactions across the world and inflamed the controversy. And the Indian political class may want to show a little bit of courage in speaking up against the blasphemy law, which it conveniently keeps on the books as a handy weapon for meting out punishment or generating political conflict and capital.

The renowned legal and human rights scholar Abdullahi An-Na’im states that every orthodoxy started out as heresy. And so, he argues, we must celebrate heresy as a means of “innovative” and critical thinking. Heresy, in this sense, opens a path to liberation and new imaginings of the self, a gift that great literature also offers us. In this spirit, we must celebrate Rushdie as we hope for his recovery: not just for his commitment to free speech but, indeed, for writing The Satanic Verses. We owe him no less.

Rohit Chopra is Associate Professor in the Department of Communication at Santa Clara University. His research examines the relationship between globalization, media, and cultural identity, with a strong focus on how Hindu right-wing groups use the internet to promote a cultural nationalist politics. Chopra writes regularly for a range of media publications on politics, culture, and social issues, and is co-founder and co-host of the India Explained podcast.