Opinion: When labels are misleading 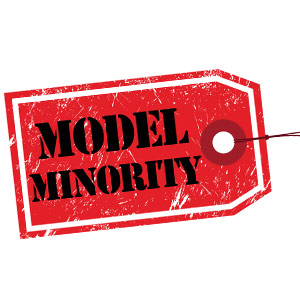 The population of Asian Americans and Pacific Islanders (AAPIs)—the fastest-growing demographic group in the U.S.—is expected to double to more than 47 million by 2060. Yet their needs are rarely discussed, because AAPIs are, in the aggregate, also among the highest-income and best-educated groups in the U.S.

A common perception is that they are the model minority: the doctors, techno wizards, and successful business owners. The success isn’t, however, evenly distributed, and these communities face serious problems, just as other minority groups do. The White House Initiative on Asian Americans and Pacific Islanders (WHIAAPI) often cites compelling data to make this case: Asian American and African American students have the highest rates of remedial coursework; one out of four Korean Americans go without health insurance; one of every three AAPIs is limited in English proficiency; and only 18 percent of Native Hawaiians and Pacific Islanders over the age of 25 hold a college degree.

The model minority label makes things worse for large sections of these communities, because their needs are often overlooked or misunderstood and then rarely addressed in government programs and by social-service organizations. Lack of disaggregated data perpetuates this label.

WHIAAPI convened a meeting of AAPI leaders at the White House to discuss this issue and to set the wheels in motion to correct it. The attendees included secretaries and senior administration officials from a range of government agencies. A handful of Congressmen were in attendance. I was also present.

The consensus was that we needed to start by recognizing the hardship that the AAPI groups face; correct the dearth of research and data; increase educational opportunities, especially for certain AAPI subgroups; improve access to health care; boost entrepreneurship; and use new technologies to reach them.

Frank Wu, dean of the University of California’s Hastings College of Law, pointed out, for example, that AAPI students face an extra burden because of the stereotype that they are mathematics and science geniuses. Most are not, so there needs to be an effort to correct the misperceptions. In fact, Wu noted, most AAPI students are enrolled in community colleges, not four-year private institutions. Many of them are first-generation students, and some face language barriers, financial burdens, and significant family responsibilities.

I highlighted the opportunities to use technology to bring together and uplift communities. Most apps that Silicon Valley is building, for example, are for the elite: to hire people to do chores such as laundry and grocery shopping; to rent vacation homes; to share photos; and to stream video. There is not enough focus on apps for social welfare, for teaching culture and languages, and for guiding new immigrants. We should be mentoring and supporting AAPIs in starting companies that address their community needs.

I also advised the meeting to help minority groups build networks that allow them to help themselves. This is how Indians went from being perceived—and positioned—as low-level engineers to being over-represented in the ranks of CEOs in Silicon Valley in the 1990s. It was through immigrants’ recognizing the disadvantages they had, learning from one another, and helping the next generation. One networking organization, the Indus Entrepreneurs (TiE), played a major role in the success of Indians. TiE helped to mobilize the information, know-how, skill, and capital needed for starting technology companies, and its members provided seed funding to start-ups. They came together to uplift their community and to give back to the country that had enabled them to achieve so much success.

This is what all minority communities need to do.

The White House Initiative on AAPIs, led by Kiran Ahuja, also staged a magnificent event at George Washington University. It drew nearly 2,000 community members, federal officials, and others to share experiences and stories and to gain tools with which to mobilize their communities. President Obama inaugurated the White House Summit on AAPIs via video. It was a great start to the networking that AAPI communities need in order to uplift themselves, and it underscored the importance of showing up in D.C. to flex some AAPI muscle.

My hope is that entrepreneurs can take the baton from Ahuja and perform the same magic for their communities that TiE did for Indians in Silicon Valley.