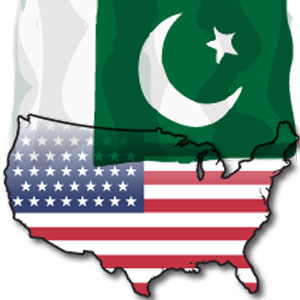 My green passport requires standing in a separate immigration line once my plane lands at Boston’s Logan Airport. The “special attention” from Homeland Security, although polite, adds an extra two to three hours. I belong to the fortunate few who can get a visa, but I am still annoyed. Having traveled to the United States frequently for 40 years, I now find a country that once warmly welcomed Pakistanis to be strangely cold. The reason is clear.

Foreigners carrying strong negative feelings—or perhaps harmful intentions—are unlikely to find enthusiastic hosts. I know that the man who tried to bomb Times Square, Faisal Shahzad, a graduate of the University of Bridgeport, is my compatriot. So is Aafia Siddiqui, our new-found dukhtur-e-millat (daughter of the nation). Another Pakistani, Farooque Ahmed, with a degree from the College of Staten Island, made headline news in November 2010 after his abortive attempt to blow up DC Metro trains.

If such violent individuals were rarities, their nationality would matter little. But their actions receive little or no criticism in a country consumed by bitter anti-Americanism, which now exceeds its anti-Indianism.

Example: after the Faisal Shahzad news broke in early May 2010, TV channels in Pakistan switched to denial mode. Popular anchors freely alleged conspiracies against Islam and Pakistan. None revisited their claims after Shahzad proudly pleaded guilty in June. Calling himself a “Muslim soldier,” he read a prepared statement: “It’s a war ? I’m going to plead guilty a hundred times over.”

Psychologists say that even hard facts can be denied when people subscribe to a radically different vision of the world. A glimpse of the current Pakistani weltanschauung—the mental makeup which selects and filters facts before they reach the conscious brain—can be had through the lives of the three young US-educated Pakistanis mentioned above.

Idealistic in their own way, they fought for a cause they believed was just. Influenced by an ambiance that puts America as the source of the world’s grief, they bravely sacrificed their jobs and careers. Having inhabited some part of their universe, I can understand something of what they went through.

Like Aafia Siddiqui—now al Qaeda’s poster girl—I, too, was a student at MIT. And, like her, I was furious at America. In the late 1960s, American B-52s were flattening Hanoi and Haiphong, while napalm and Agent Orange were destroying Vietnam’s people and jungles. When Nixon ordered the Christmas bombings of 1972, I wept. How could one live in America and not fight it? But instead of wanting to bomb Harvard Square, I chose to return to Pakistan—for good.

Reason and observation slowly changed me. Cruelty to the weak is not an American monopoly; wars and brutal conquests are as old as history. The United States cannot be forgiven for the Vietnam and Iraq wars, among others. But should India be forgiven for killing Kashmiris, West Pakistan for the East Pakistan massacres, Turkey for the Armenian genocide, or Japan for the Rape of Nanking? Countless states have blood on their hands. Retribution would surely make the world an inferno.

If Pakistani Americans wish to feel welcome in the country they have chosen to live in, then, they must judge the West and Pakistan using exactly the same criteria, and expose three popular falsehoods.

First, it is a lie that American Muslims are victims of extreme religious prejudice. Certainly, no country is free of religious discrimination. But, the secular West is infinitely less discriminatory than any Muslim country. How many churches are there in Saudi Arabia? Yet Muslims have built hundreds of new mosques in America—with Saudi money—and many after 9/11. New churches or temples are impossible in Pakistan; even old ones are burned down by rampaging mobs.

In America, Muslims successfully use the legal system to seek damages if there is discrimination in matters of employment, housing, or access to public facilities. But in Pakistan, if you are a Christian, Hindu, or Ahmadi, you simply accept your fate.

Second, it is a lie that American Muslims are physically endangered. In fact, Muslims are far safer in the United States than in Pakistan. Does one see Kalashnikov-toting guards during Friday prayers outside a mosque in the West? Yet if you are a Barelvi or a Shia in Pakistan, your life may end at your place of worship. Scattered body limbs and pools of blood at Data Darbar, Abdullah Shah Ghazi, and the Pakpattan shrines testify that the cruelest of Islam’s enemies come from within.

While Pakistan’s terrified religious minorities live in fear of an intolerant majority, American Muslims get protection both from its people and the state. A personal example: the day after 9/11, I was appalled by the wild joy among my students. Worried about my former students, now studying in various US universities, I emailed them. Their return emails were reassuring. White American students had formed defense committees; no Muslim student was ever harmed on any campus. So even though George W Bush—a religious zealot—was preparing to invade Iraq, ordinary Americans were largely decent.

Third, the nauseating hypocrisy of Pakistan’s radicalizing West-hating, West-baiting leaders needs to be exposed. For example, Imran Khan—who speaks of the West as the fountainhead of evil— prefers to keep his family in London and New York, owes his fame to a game invented by British colonialists, and employs real doctors rather than hakeems for his cancer hospital.

To conclude: if Pakistani-Americans want to feel welcome in the land they have chosen to settle in, they must actively combat the cancer of radicalism. They must want to be part of the modern world, not the one they came from. To mosque imams and radical Islamists, they must say clearly and loudly: we want to live peacefully with other Americans in a modern, pluralistic and secular society that values freedom of belief, freedom for art and music and freedom for thought and expression.