Home > Magazine > Features > Perspective: SHOULD THE CONFEDERATE FLAG COME DOWN?

Perspective: SHOULD THE CONFEDERATE FLAG COME DOWN? 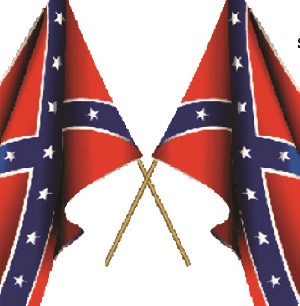 I have been called a sand nigger and a rag-on-head, nearly every day in 7th grade. I was peacefully eating dinner in Midtown Atlanta (not in the countryside), when a huge truck zipped by with the exclamation, “White power!” yelled at me. I’ve been ordered to “go back to where I came from.” Yes, me, the friendly Indian guy in your community. I only recently talked about whatever minor discrimination I’ve faced and this is the first time I’m sharing just a few expletives that I’ve received. I want to be proud of my Southern roots, just like everyone else I grew up with. Don’t get me wrong, I love my home and its people, but just because I smiled all the time, doesn’t mean it didn’t hurt.

Dylann Roof played Trojan horse. He took part in Bible study, in the guise of a friend and the faithful, before unleashing havoc onto those whom he despised. We all know the unfortunate story by now and our prayers and well wishes are with those who passed on and those who are in healing. The immediate response from the community is to again blame guns (and I couldn’t agree more on this one), but as far as this debate has come, there’s still a long way to go. So perhaps a more direct and easy scapegoat that has been targeted is the Confederate flag. Born in the South, out of a time of our country’s divisiveness and overt discrimination, it still hangs from some of our buildings, indiscriminately waving over people of all ethnicities. It’s amazing what the same American red, white, and blue can mean in a different arrangement.

But, should merely this symbol be on trial? Are we so narrow-sighted that our priority has become taking down a flag? In an era of YouTube politics and hashtags, it’s easy to get the masses distracted from the real problem. As a politician, it’s great PR to say you’re proud of your heritage but not that flag. I’m not saying it doesn’t represent hate or saying it shouldn’t eventually come down, but prioritizing its removal now is a Band-Aid under which the wound will continue to bleed. In fact, it may breed more covert racism from those who salute the flag, unless the underlying problem is first addressed.

You can still love the South, you can still have a Confederate flag T-shirt or bumper sticker, you can hold on to the 2nd Amendment with your life, and still be a kind, caring soul (I know many of them). But please, tell your families, friends, and children that what happened in Charleston was inherently wrong and hurtful no matter what your beliefs are. If you don’t want to post it on Facebook or Twitter for the world to hear, just tell others in person. As touchy-feely as this might seem, let your seemingly “different” neighbors know that you respect them, although you may not fully understand them. If we pull the roots of our discrimination first, its symbols are sure to topple thereafter.

Dr. Sumeet Bahl is a Radiology resident at Mt. Sinai St. Luke’s-Roosevelt Hospital in New York, NY.  As a practitioner of Kriya yoga, he has lectured on the benefits of meditation in daily life.