Perspective: What Happened to America? 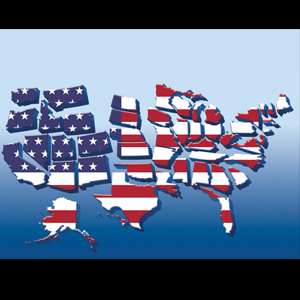 As the fall political campaigns get underway, our thoughts turn toward the midterms in November and even the next presidential election. Those who choose to support today’s Republican Party would be voting against our national interest—and against democracy.

If you have clear memories of 9/11 and its aftermath, you will remember the questions that frequently popped up in conversations, headlines, and commentaries: “Why are they so angry?” “Why do they hate us?” And, as the late historian Bernard Lewis put it, “What went wrong?”

These are queries that haunt us today, although for different reasons. Now, when I pick up my phone to text or call, a few relatives and friends living outside the country ask me questions that, for many years, I’d have found absurd and dismissed with a laugh. I don’t even chuckle now, finding these interactions uncomfortable, even painful.

“Is it safe to travel in America?” they ask— and wonder, in a tone of bewilderment, if democracy is coming to an end in the world’s richest, most powerful nation.

The bluntest question—“What happened to America?”—is also the question that intrigues me the most. And it’s always “America” rather than the United States or its abbreviations, because that word wasn’t just a name when we were growing up in India. It was an idea, representing a way of thinking and living that fascinated so many of us. My initial response to the interrogation is to hem and haw, noting that I’m no expert and how understanding the turmoil in this country is a challenge for me as well. I should add that, as an immigrant and naturalized U.S. citizen, I become a little defensive as well. As a wise person said, it’s easy to criticize birth parents, whom we take for granted, but when it comes to adoptive parents, our gratitude makes it harder to speak negatively about them. Still, when we’re worried about something, doesn't it also mean that we care?

Turmoil, division, upheaval . . . America was becoming unrecognizable, and not only to outsiders. Calling it a civil war, some even wondered if the nation could survive for long without splitting up! Hyperbolic? Probably, but it was clear that the country had changed drastically, making the Obama presidency seem like a distant era. In fact, looking back, Obama’s elevation to the highest office in the land triggered a massive backlash, though it wasn’t apparent at first.

The fear and fury over how the country was changing had been building up for a long time—and when Trump arrived on the scene, not unlike a battering storm, the dam burst. The Republican Party, already increasingly reactionary, became unhinged as it shamelessly, or calculatingly, embraced a dangerously unbalanced, incompetent, bigoted, corrupt strongman and would-be autocrat. Sadly, the GOP, far from being a Grand Old Party, is now a Far Right Party.

Four years of nonstop chaos under Trump didn’t stop 74+ million voters from backing him in his reelection bid, surprising numerous observers. In retrospect, it’s their surprise that seems surprising. Just think of the extraordinary response, which hasn’t ended, to Biden’s win in 2020. The horrific January 6th assault on the U.S. Capitol, covered all over the world in 2021, became a pivotal moment in U.S. history. And this violent rejection of Biden’s victory, which was also a rejection of democracy, continues in alarming ways in 2022. Although there’s no evidence that the 2020 election was rigged, and all allegations of fraud have been disproved or dismissed, roughly 70 percent of Republicans don’t think Biden is the legitimate winner, according to PolitiFact. To understand how we arrived at this depressing moment, we have to recognize that an irreversible trend in our country is tearing it apart, turning political opponents into enemies.

Demographic change, in short, goes a long way in explaining why so many Americans believe—truly believe—that only their party wins elections legitimately. There are three R’s at the center of Civil War 2.0—and, yes, one R is race. Those who think it’s overblown, and needlessly divisive, should remember this saying: “Race is like sex—because, while we don’t want to talk about it, we can’t help thinking about it.”

Class, which used to be a good indicator of political divisions, has been supplanted by race. It’s no secret that a racial sorting, which began in the 1960s, has made the Republican Party whiter and the Democratic Party more multiracial.

“Knowing that a person is wealthy (or low income) isn’t very predictive of what party that person will prefer,” notes Princeton economist Frances Lee in The New York Times. “The parties are much better sorted by other factors—region, religion, race—than by social class.”

Like race, the other two R’s—religion and region—are reliable indicators of sorting, with Christians from the rural heartland and the Bible Belt showing overwhelming preference for the Republican Party. To make matters worse, according to the latest census, the only major ethnic group to see a decline in its share of the population was non-Hispanic whites. It dropped to 58 percent in 2020 from 64 percent in 2010, and the Census Bureau projects that it will be 50 percent by 2045. In 1990, non-Hispanic whites formed 76 percent of the U.S. population.

Is it any wonder, then, that Trump was able to take over the Republican Party? He tapped into the growing anxiety and grievance over demographic change like no other politician, though many tried. Earlier “destructionists” such as Newt Gingrich and Pat Buchanan, who had neither Trump’s reach nor celebrityhood, were not in the same league, even if they could be just as vicious. Trump, with no scruples, was also more brazen, endearing him to his base.

The Destructionists: The Twenty-Five Year Crack-Up of the Republican Party is a new book by Dana Milbank, an opinion columnist for The Washington Post. “Only one party fomented a bloody insurrection and even after that voted in large numbers (139 House Republicans, a two-thirds majority) to overturn the will of the voters in the 2020 election,” he writes. “Only one party promotes a web of conspiracy theories in place of facts. Only one party is trying to restrict voting and discredit elections. Only one party is stoking fear of minorities and immigrants.” 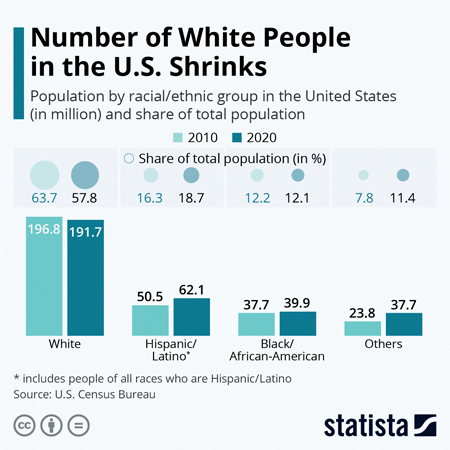 Does this mean the Democratic Party is perfect? No. But their faults are minor in comparison, and they’re a normal political party, not a scary one. Democrats, it’s true, can be curiously tone-deaf sometimes, even elitist, when it comes to the concerns of Middle America—and they forget or ignore that rapid social change is disconcerting to large swaths of the population, bringing intense opposition in what is still a largely center-right nation. But here’s the thing. Democrats form a big tent, encompassing diverse groups and goals, and are still a mainstream party that plays by the rules. They deliver when they’re closer to the center than the far left. Most important, Democrats are for democracy—and unlike Republicans, who have moved to the extreme right, they’re not trying to blow up the existing system.

Sure, technology is a disruptor, as the rise of social media has shown. However, it doesn’t alter the core issue, which is demographic change and, more broadly, identity. This is what brought about the age of rage, with technology being the facilitator and accelerant rather than the cause. Political scientist Diana Mutz, in her extensive data analysis at the University of Pennsylvania, showed how Trump voters were driven not by economic anxiety but by their fear of losing status. Ethnoreligious nationalism is not new.

“In many ways, a sense of group threat is a much tougher opponent than an economic downturn, because it is a psychological mindset rather than an actual event or misfortune,” she writes. “Given current demographic trends within the United States, minority influence will only increase with time, thus heightening this source of perceived status threat.”

While we shouldn’t paint (and taint) any group—racial, religious, regional—with a broad brush, we should also be honest about the appeal of tribal identity. Ironically, this appeal can be more pronounced in a heterogeneous society, where trust tends to be lower and a dominant group may feel threatened. Skeptic magazine founder Michael Shermer, in The Believing Brain, points out that our brains evolved to instinctively trust those within our group, until they break the trust—and to instinctively distrust those outside the group, until they earn our trust.

The internet didn’t exist in the 1960s, but that didn’t prevent a backlash to social changes. A 2022 CNN docuseries called LBJ: Triumph and Tragedy, which draws on new material, takes us back to that turbulent time. Johnson, weighed down by the highly unpopular, disastrous Vietnam War and the draft, didn’t seek reelection as president. Nevertheless, as LBJ’s top domestic advisor reveals, it was their success with the Civil Rights Act, Fair Housing Act, and Voting Rights Act that drew the most hate mail and opposition. To this list, we could add the Immigration and Nationality Act, which opened the door to migrants from nonwhite nations. These changes were deeply unsettling to many folks, and Southern Democrats switched sides en masse.

In every presidential election since 1968, more whites have voted for the Republican Party than the Democratic Party. The racial sorting that began then gathered momentum as the number of nonwhite voters increased. Since the Reagan era, only two Republican candidates—Bush Sr. in 1988 and Bush Jr. in 2004, which was after the Iraq War—managed to win a majority of the popular vote in a presidential election. Nonetheless, because of gerrymandering, a Senate that benefits red states over blue states, and an Electoral College that does the same, Democrats haven’t gained a lot from the demographic trends favoring them.

On the contrary, given their demographic disadvantage, Republicans are resorting to radical methods to stop Democrats from winning. In such a hostile environment, we can’t afford to be independent. Some have argued that the Republican Party has had some success recently in attracting nonwhites. Perhaps, but this support will depend on the circumstances in their lives, and it could easily go the other way. The larger point is that the virus of resentment—so cynically released—has infected the body politic, making all of us susceptible. The “other” we fear needn’t be those who don’t look like us; they could just as easily be people of a different sexual orientation or those who support women’s reproductive rights.

How is it that pro-lifers who claim to believe in the sanctity of life are averse to commonsense restrictions on guns, which cause so much bloodshed and trauma in our society? It is senseless. But while we may feel helpless, there’s one right—the right to cast our ballot—that lets us send a powerful, necessary message. It has never been more urgent to exercise this right, with only one party deserving our vote. Our future as a nation, and a democracy, depends on it.

Murali Kamma is the managing editor of Khabar magazine.