Point of View: Bridging the Generation and Culture Gap 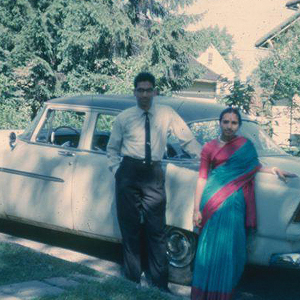 What was it like to grow up in the Midwest in the 1960s and 1970s? For JYOTSNA SREENIVASAN, Ohio did not have the cultural network—desi organizations, temples, dance and music classes, Indian movies on TV, or even South Asian restaurants— that we take for granted today. And, of course, there was no internet. She reflects on her world ​growing up and the world of her parents, who had immigrated in the 1960s.

[Left] Sreenivasan’s parents moved to Ohio in the early 1960s.

Like many other families, my parents and I had conflicts when I was a child, teen and young adult. In addition to the generation gap, we were also dealing with a culture gap. We argued about things like: How much time I spent with my friends (too much, in their opinion); what I chose to wear (too casual); dating (just don’t); and what I should study in college (medicine, what else?). I didn’t understand their point of view, and they didn’t understand mine. I felt that I was a big disappointment to my parents.

At that time, I thought my problems were unique to me. I did not realize that many people of the second generation (children of immigrants) have similar problems, no matter what country their parents came from. We are often pulled in two different directions. Our parents generally want us to embrace the culture they came from, but we may not know much about that country. We often have an American accent, we may not be fluent in the language our parents speak, or we may be embarrassed because we don’t have the correct accent when we speak the language. We often identify more as American than with the ancestral country.

After graduate school, I began writing fiction about my Indian heritage. Writing fiction—something that was not true—allowed me to change names and create imaginary situations that still spoke to the true struggles and emotions I experienced as I tried to earn my parents’ approval while also navigating my way through life in mainstream America. I had to balance two different standards of behavior and expectations.

Stories are magical, in a sense, because when reading fiction or watching a fictional movie or TV show, we tend to identify with the main character. It’s as if we become the main character temporarily while reading or watching. We walk in their shoes and see the world through their eyes. 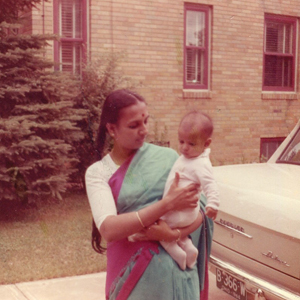 When my parents read my children’s novel Aruna’s Journeys, about an Indian-American girl growing up in Ohio, they saw the world through her eyes. They were able to understand the point of view of the girl struggling to make friends at a new school in Ohio, and struggling to understand how she was expected to behave when visiting India. They began to have sympathy for what I had gone through. Of all the books I have written, Aruna’s Journeys is my father’s favorite. “I can appreciate how you must have felt,” my dad says.

My mother adds, “I could understand how difficult it was, being brought up in a different culture. And I also had sympathy for myself as the parent. It was difficult for us too. We were afraid that if we didn’t insist on Indian culture, you would become completely Westernized.”

As a child, I never thought about how difficult it was for my parents. But my writing has helped me to understand my parents’ perspective. After attending a lecture on point of view in fiction, I decided to write a story about an Indian-American teen having conflicts with her father. But this time, I wrote from the father’s point of view. In the story, the father has always doted on his only child. Now that she is in high school, he is bewildered by her transformation into a surly, irresponsible teen. He does not know how to communicate with her. 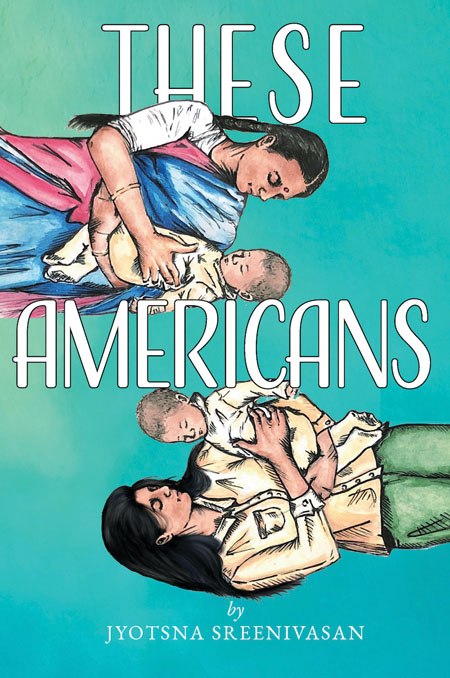 While writing the story, I was able to walk in the shoes and see the world through the eyes of the fictional father, who happened to be much like my own father. For the first time, I empathized with an immigrant parent trying to raise a child in an unfamiliar culture. I understood how challenging it must have been for my father to try to guide me as a teen, when I was sometimes surly and irresponsible. I became aware of my father’s deep love for me, and his frustration at not being able to connect with me. I wept as I realized that, behind the strict rules, my parents had always loved me and wanted only the best for me.

My new collection of stories, These Americans, includes many stories about intergenerational conflict between mothers and daughters or fathers and sons. Sometimes the story is from the point of view of the immigrant parent, sometimes from the point of view of the child raised in the United States, and sometimes from dual points of view. To help readers understand what second generation Americans go through, I have created an online home for Second Generation Stories: Literature by Children of Immigrants. I list and review fiction and memoir by second generation Americans, no matter what country their parents originally came from. I have also created a free five-week lesson plan for middle school and high school teachers—about immigration, the American Dream, and what it means to be American, as seen through the eyes of second generation characters.

Jyotsna Sreenivasan is the author of the short story collection These Americans, the novel And Laughter Fell From the Sky, and the children’s novel Aruna’s Journeys. All are about Indian-Americans. Her website (www.SecondGenStories.com) provides more information.