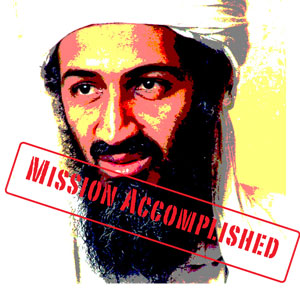 Weeks after the successful execution of Operation Geronimo—the one that eliminated Osama bin Laden—many questions and ambiguities exist surrounding the raid itself, and in its wake, about the complicity of Pakistan in providing safe harbor to the most wanted terrorist in the world.

On the night of May 1, a team of about 70 U.S. Special Forces took off from an American military base near Jalalabad in Afghanistan, headed to a compound in Abbotabad, Pakistan, to carry out a mission that they had diligently prepared for since August 2010: to capture and execute Osama bin Laden. Details of Operation Geronimo are being released piecemeal in the public domain, but it is well known by now that this was a meticulously planned and methodically executed mission, one that will be analyzed by counter-terrorism and counter-insurgency experts the world over. It also demonstrates President Obama’s maturity in sifting through diverse intelligence inputs to authorize a mission fraught with risks at multiple levels, deep inside the territory of its restive ally, Pakistan.

This daring operation has raised a number of questions—about the tactical details of the mission, about the degree to which elements within Pakistan were complicit in providing sanctuary to bin Laden, and more fundamentally, about the future trajectory of U.S.-Pakistan relations.

At the tactical level, what is known is that the U.S. team flew into Pakistan using at least four Chinook helicopters that are highly maneuverable, have considerable air-lift capability and top speed exceeding 200 miles per hour. The target was in Abbotabad, about 35 miles west of Islamabad, implying a flight time of at least 45 minutes inside the Pakistani airspace. The task was made more complicated by the fact that bin Laden’s safe haven was located in a military cantonment where the elite Pakistan Military Academy and the Baloch Regiment Center are housed.

It is not clear if the U.S. informed Pakistan of this “incursion” into their territory, or if they were able to jam the radar signals and carry out this mission in radio silence. America does have some leeway in using Pakistani airspace to conduct drone attacks, but it seems implausible that the Chinooks could fly directly into the heart of this key military establishment without risking counter-strikes by Pakistani aircraft. The only logical conclusion is that the top leadership of Pakistan was informed with only minutes to spare, not leaving enough time for its military or intelligence to mount an emergency evacuation of bin Laden. And since U.S. special forces were on the ground providing intelligence, they must have placed a large perimeter around the compound under constant surveillance in case there was a tunnel that could be used for a last-minute escape.

The raid itself consisted of 24 Navy SEALs rappelling from the Chinooks into the compound, taking swift control of the premises, killing a couple of armed guards and entering the central building where Osama and his family were hiding. The firefight inside was brief, with one of Osama’s wives being shot in the leg, and an unarmed Osama shot dead by two direct shots to his head and his chest. The SEALs then collected a treasure trove of CDs, flash drives, laptops and other material and flew out to safety, the entire raid taking barely 40 minutes.

What did Pakistan know?

It is impossible that the Pakistani Army and the Directorate of Inter-Services Intelligence (ISI) did not know of Osama’s presence. There are strict zoning laws near military installations, and any construction inside a garrison cantonment would have required a building permit. All these requirements are especially stringent in the Islamabad-Rawalpindi area, which is the heart of the Pakistani security establishment. It should be further noted that Osama’s “hide-out” was custom-made, took a year to build (completed in 2006) and far exceeded in size and cost anything in the vicinity. It had 18-foot-high outside walls and seven-foot-high inside walls, with dish antenna for TV but no telephone or Internet connection. From an espionage and security standpoint alone, it is inconceivable that the Pakistani Army-ISI would allow anyone to reside in such a house for five years without their knowledge and approval.

On the contrary, it is plausible that the location was chosen quite deliberately by the Army: away from the border areas and hence safe from the scrutiny of the U.S. and Indian forces, and inside a cantonment that would enable Pakistan’s Army and intelligence brass to visit Osama surreptitiously.

This case highlights the true nature of U.S.-Pakistan relations over the past decade: each country had a particular perception of the other’s limits, and was unpleasantly surprised to see the limit breached easily. Washington believed that for all its terror-supporting initiatives in India and Afghanistan, Islamabad would not dare to actively obstruct America’s search for Osama. Finding Osama in the heart of Pakistan’s military establishment was a rude shock. For its part, Islamabad did not believe that the United States would dare to kidnap or kill Osama in the middle of Pakistan. At best, it believed, Washington would find out and negotiate with Islamabad’s elite in private, giving the latter adequate time to “capture” Osama publicly and prove its anti-terrorism credentials. Thus, Pakistan too was rudely awakened by the American audacity!

From this point forward, Pakistan will find it increasingly difficult to sustain the dual game it has played since 9/11. Even tactical cooperation, either with Washington or with the terrorist organizations, is sure to invite retaliation from both sides. The Pakistani Taliban has already started to avenge Osama’s death, killing 80 recruits of Pakistan’s Frontier Constabulary on May 13. This new cycle of violence and counter-violence is likely to intensify, with Islamabad finding it harder to pursue distinct strategies against “good Taliban” and “bad Taliban.”

Calls for greater Congressional scrutiny of U.S. economic and military aid to Pakistan are likely to become more intense, further limiting Washington’s options to work with this troublesome ally. And for its part, the international community too is increasingly questioning Pakistan’s anti-terror credentials and commitment. This skepticism is likely to spill over into contemporary debates in key global forums on issues of nuclear safety and security, Islamabad’s blocking of discussions on control of fissile materials, China’s building of additional civilian nuclear reactors in Pakistan, and Islamabad’s accelerated program of increasing the size and sophistication of its nuclear weapons and missiles.

In spite of the above, however, Washington will not disengage from Pakistan, but will effectively recalibrate its strategy. The White House has indicated it is prepared to conduct additional unilateral missions inside Pakistan—with or without Islamabad’s support—if it has credible actionable intelligence, especially against high-value targets such as Aiyman al Zawahiri, Iliyaz Kashmiri, Mullah Omar and the like. Washington is also likely to press Islamabad harder to take action against the Haqqani network, tighten the Afghan-Pak border, secure the U.S. supply lines, and render greater cooperation inside Afghanistan.

Pakistan will remain a strategically vital base for U.S. operations for several years, especially as tension with Afghanistan’s other neighbor—Iran—mounts. There will be calculated public praise from the United States for Pakistan’s efforts at curbing terrorism, but mounting pressure in private.

Islamabad’s complicity in harboring Osama and his ilk might increase U.S. and international pressure on Pakistan, but this will in no way translate into Islamabad rendering counter-terrorism cooperation to New Delhi. Indeed, in the foreseeable future Islamabad is likely to pursue a more aggressive course toward India to shore up its battered domestic image, and there is already evidence for that. This week, Pakistan tested its nuclear-capable Nasir short-range missile and announced that it has developed low-yield “tactical” nuclear warheads that it can deploy on Nasir. It also said this is in direct response to India’s “Cold Start” doctrine, which will enable India to conduct surgical strikes inside Pakistani territory to take out terrorist cells.

Washington has allowed India to interrogate David Headley and also provided it satellite intercepts revealing ISI “handlers” providing tactical assistance to Ajmal Kasab and his team as they conducted the Mumbai attacks. But while this has strengthened the evidence that India presented to Pakistan for prosecution of the masterminds behind the Mumbai attack, Islamabad has continued to stonewall any requests for expediting its domestic trials in this regard. India is likely to encounter similar resistance from Pakistan in the capture and hand-over of Dawood Ibrahim, or leaders of LeT, Jaish-e-Mohammed and Harkat-ul-Jihadi-al-Islami factions.

Pakistan has perfected the art of using its weakness as an instrument of blackmail, and it is not likely to walk away from this strategy. With all the international pressure to prosecute Dr. A.Q. Khan for running his nuclear Walmart for two decades, all Pakistan ever admitted to was complicity by some officials within select government agencies, and provided absolutely no information about prosecution of the errant officials, if any. The United States and the international community will provide Pakistan the necessary fig leaf of acceptance of its claims, until Pakistan continues to be of strategic importance in the war against Taliban in Afghanistan, and remains a failing state with a large and modern arsenal of nuclear weapons and missiles.

India, therefore, must conduct a hard-headed and technical assessment of myriad threats from Pakistan and accordingly craft its response. It needs to remember that the United States is not prepared to solve India’s problems with Pakistan: New Delhi has to muster the requisite political will and strategic resources to secure and safeguard its core national interests.