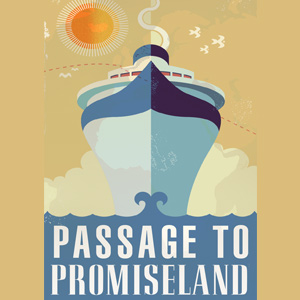 What was it like to come to America…in the late ’50s? AVINASH BAGAL, who made his maiden journey on Queen Elizabeth I, a popular transatlantic ocean liner before air travel took off, writes about a bygone era. As a young student, with his new wife still in India, he made his way alone. Here’s an excerpt from his memoir.

Loneliness has many faces. I was looking at one that comes after you leave your bride of three months, an aging mother, and three siblings, all of whose hopes are pinned upon you. We had lost our father five years before and it had been an uphill road for all of us since then. My older brother had graduated from college and was working at Fiat Motors in Bombay. Having completed my civil engineering degree, I had, against all odds, embarked upon the seemingly impossible dream of continuing my studies in the United States.

I was thrilled when I received my letter of admission from Cornell University. I had pored over the university catalogs at the U.S. Information Service library, Bombay, and sent out applications to just two universities, both rated at the top in structural engineering. The MIT admission also came in the following week, but I decided to go with Cornell because of its lower tuition and shorter duration—18 months compared to two years at MIT.

It was not easy to get the money needed for travel, tuition, and living expenses in the U.S. But my brother and I had it all worked out. “I will go to the U.S. a few weeks before the school begins and look for a job for you,” I said to my brother. “Then you come over and support me while I am in school. After I graduate and get a job, you join a graduate school while I support you. That way we can both have our graduate degrees in two years.” My brother agreed to this plan.

We knew exactly where I would go to line up a job for my brother. Several years earlier a gentleman from our hometown, a Mr. Wagh—literally translated “Mr. Tiger”—had gone to the U.S. and was holding a high-level position at Ford Motor Company in Detroit. My brother was an automobile engineer. Surely Mr. Wagh would offer a job for a qualified person, especially to someone from his hometown, coming to America much the same way he had done years earlier. In fact we were so confident of this scheme working out that I only concentrated on getting enough money for the travel, not worrying about the rest for now.

Actually even getting the travel money together turned out to be more difficult than I had first thought. The Member of Parliament from our town, whom my mother had known well, had assured me that there would be no problem getting the money and he had proceeded to book me an airline ticket. Needless to say the reservation expired for lack of payment. The September start date for my first semester came and went but still no money. I had started scanning local newspaper ads to get a job when a distant aunt came through with just enough money for a boat ticket to the U.S. Since I had missed the start of the fall semester anyway, and Cornell had reinstated my admission for the spring semester, I went ahead and bought the boat ticket. Finally I was going! Some additional money came from relatives. That was the $200 in my pocket when I landed in New York.

Yet another challenge had emerged while all this was going on. I had known my fiancée for over five years. We had decided to get married right after I returned from my studies. However we had not discussed this plan with our parents although they were aware of our relationship—somewhat unusual in India back then. After my graduation I talked with my future father-in-law about this plan, but he absolutely refused to hold off the marriage till I returned. He was once an assistant to the local Maharajah, and he told me about the Maharajah’s practice of bringing home “a bird or two” from his annual trips to Europe. He was not going to have his daughter subjected to such a fate. Little could I do to convince him that I couldn’t even afford to bring in an ant, let alone a “bird!”

Thus, I was married at the ripe old age of twenty.

The train from Victoria Station in London arrived on a wide platform at Southampton harbor, right alongside the ship I was taking to the U.S. It was Queen Elizabeth I. She was a majestic ship. As I looked up I couldn’t even see the top deck. I boarded, had something to eat and fell asleep from the day’s exhaustion. The ship must have sailed sometime late that evening.

A weird creaking sound woke me up in the morning. I stumbled to the common bathrooms and later on the deck and saw a whole bunch of people throwing up and holding on to the rails. We were no more than half a day’s journey into the voyage when the sea turned really rough. Big as she was with all kinds of stabilizers and the like, QE-I was rocking—first to each side and then front to back. By nightfall there was not a soul on the decks and virtually no one had eaten dinner. QE-I’s sumptuous meals were replaced by apples and crackers.

This went on for the next five and a half days. Anyone venturing out on the deck for a breath of fresh air returned to his cabin within minutes, for the weather was very cold and the wind was blowing hard. On one of my excursions to the upper deck I ran into a Jamaican lawyer who exclaimed, “You are not going into New York like that, are you?” He was referring to my crumpled up light suit that, as per custom, had been bought for me by my wife’s uncle on the occasion of my wedding at the exorbitant price of 150 rupees, about $30 at the time. The lawyer insisted on loaning me what turned out to be his spring coat so that I wouldn’t freeze when I landed in New York. It was a bit oversized but it was warm.

On the sixth day, I awoke from an afternoon nap and noticed that the rocking had stopped. When I stepped out of my cabin I saw that there were very few people on the lower deck. Weak as I felt, I stumbled up a couple of stairs to an open upper deck. We were no longer at sea. I looked beyond the bank of the Hudson River and saw some old factory buildings and train tracks, not unlike the dock in Bombay from where I had left three weeks earlier. It was a big disappointment. I said to myself, “This cannot be New York, certainly not the one I have seen in the movies and in the literature at the U.S. Consulate.”

I moseyed around to the other side of the upper deck and quickly found myself engulfed in a sea of people. It appeared that everyone on the ship was crowded on this side of the upper deck. You have to arrive by ship, not on a plane, and you have to come in late December or early January, since days are shorter and nighttime comes early. There, right in front of me, was a view that is unmatched by anything anywhere else in the world. It was Lower Manhattan, glimmering in the night. The date was December 1, 1959. I had arrived in Promiseland.

Avinash Bagal came to the U.S. from Maharashtra in 1959. After earning his Master’s and Ph.D., he worked in various engineering and technological firms in the U.S. and around the world. Now retired, he lives with his wife in Virginia. They have three children and five grandchildren.