Home > Magazine > Features > Screen Time: A Treat for the Senses

Screen Time: A Treat for the Senses 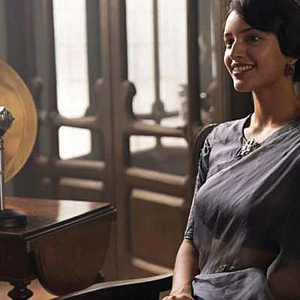 A tortured artiste craving validation, a reluctant heir to an age-old legacy, and a cop who wants to pull off the perfect crime. These curiously delightful characters and their stories will stay with you long after you’re done watching during the cold winter months. Don’t forget that cup of hot masala chai before you tune in!

For all those who couldn’t get enough of Bulbbul, director Anvita Dutt’s mesmerizing supernatural tale of vengeance, her latest, Qala, about a young woman desperate for her mother’s guidance and approval, might be a bit underwhelming. But there’s much to love in this deliciously framed story set in 1940s Calcutta. Dutt teams up again with Tripti Dimri who plays Qala Manjushree, an aspiring singer who wants nothing more than to please her mother, Urmila (Swastika Mukherjee). But Urmila has no patience or time for Qala. She is mourning the loss of her son, the male heir she always desired, the legacy bearer of her family. Enter Jagan (Babil Khan), a talented local musician whom Urmila takes under her wing, sidelining Qala, which eventually leads to a series of unfortunate events for all three. Babil, son of actor Irrfan, makes a solid debut. He has his father’s voice and arresting looks, but brings his own flavor to the role of Jagan. An absolutely soulful soundtrack by Amit Trivedi lifts the film when it sags in parts. Dutt’s cinematic vision, as in Bulbbul, is stunning in its use of vivid imagery and symbols. 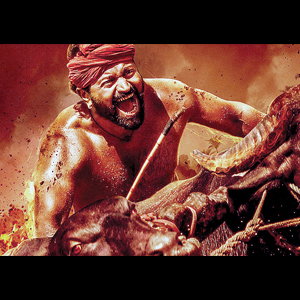 One of the most successful films of 2022—loved both by critics and audiences—is finally on OTT. Director and actor Rishabh Shetty serves up a visual treat in this tale about legends and gods and the rift between man and nature. Shetty plays Shiva, a Kambala (buffalo race held in rural Karnataka) champion who is at constant loggerheads with the forest officer, Muralidhar (Kishore). Shiva is also haunted by the trauma of his father’s disappearance, a legendary Bhootakola (a ritual dance performance infused with music, elaborate costumes, and narrations) performer, whose legacy he is reluctant to take on. My only grouse was the depiction of female characters in the film—caricatured, shrill, and annoyingly passive. But other than that, Kantara is an all-out entertainer, with action sequences that will take your breath away and a lead, Rishabh Shetty, who commands your attention. Watch the brilliantly executed climax to see what cinematic magic truly means. 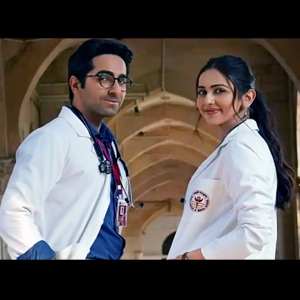 “How can I treat body parts that I don’t have?” laments Uday (Ayushmann Khurrana), a medical student who is forced to take gynecology as his postgraduate specialty because of his ranking in the entrance exams. He wants to follow in the footsteps of his cousin, his childhood idol, and study orthopedics instead. Deciding to appear for his exams again to better his rank, Uday, in the meantime, begins his stint in the all-girls gynecology department in Bhopal, where he is bullied by his classmates and often taken to task by the department head, Dr. Nandini Srivastav (Shefali Shah). He can’t bring himself around to examining expectant mothers, gets into trouble for conducting a prenatal checkup without following protocols, and also manages to fall for an already engaged colleague. Does Uday finally get over his reservations borne out of years of conditioning that propagates gender stereotyping? Does he achieve the “female touch” when treating his female patients, as his boss suggests? Uneven, but it’s fun to watch them take on a largely ignored theme. 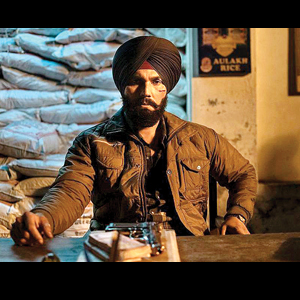 Balwinder Singh Janjua, who wrote the screenplay for Saand Ki Aankh, gives us this gripping eight-part thriller set in Punjab, where politics, guns, drugs, and corrupt cops wreak havoc. Gary (an impressive Abhishant Rana) is an innocent teen whose life is shattered when his parents are killed during the 1990s insurgency in Punjab. He’s left to take care of his younger siblings. At the behest of a cop, Sehtab Singh (Suvinder Vicky), Gary becomes a police informant for CAT, network known for its counter-terrorism operations. He grows up to become Gurnam (Randeep Hooda), a simple man who wants to lead a simple life. But when his younger brother is caught in a drug trafficking case, Gurnam seek the help of Sehtab Singh, who asks him to return as an informer to infiltrate a drug cartel run by Madam Aulakh (Geeta Agrawal), a ruthless local politician.The drama is pulsating and each 45-minute episode ends on a cliffhanger. Randeep Hooda is brilliant as is the supporting cast. What makes it more immersive is the music and the chaste Punjabi. We can’t wait for season two! 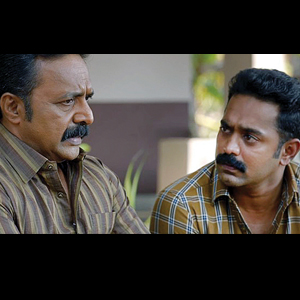 What does a cop do if all he wants to do is steal? Giri (Asif Ali) , a CPO with Kerala Police is one such tortured soul who simply can’t control his need to creep around people’s homes and rob them. He’s a smart cop but he’s also extra sensitive. When he’s humiliated by his boss, he vows to exact revenge and goes about doing so in the most peculiar yet ingenious way. Furthermore, Giri gets involved in an investigation that is trying to uncover the mastermind responsible for a series of suicide-murders. No spoilers here in case you haven't watched it yet. Safe to say that director Jeethu Joseph creates an edge-of-the seat suspense thriller that doesn’t let up till the end. After all, director Jeethu Joseph helmed the hugely successful Drishyam and it’s sequel. Both these Malayam thrillers, which broke box office records, were remade as Bollywood films.