Screen Time: Easy and Breezy with a Dash of Dark Humor 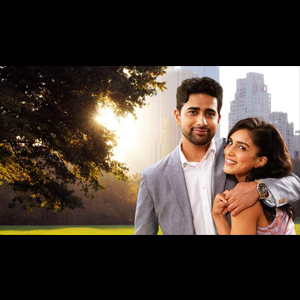 Look for a desi wedding, a wacky mom and daughter duo who are up to no good, love stories in the City of Nizams, and more on your screens! Summer has ended, but the action-packed fun continues for fans of streaming.

What’s a summer without a summer wedding romcom! Set in New Jersey, this film stars Pallavi Sharda (I last saw her in the Ranbir Kapoor starrer, Besharam) as Asha, a workaholic whose mum is desperately trying to get her married to a nice desi boy. Enter Ravi (Suraj Sharma), a wannabe musician whose parents have also made it their mission to get him married. They decide to pretend to date to get their families off their backs and, yes, do end up falling for each other. The premise is not new, but Sharda and Sharma commit to their roles and what follows is a fun ride that promises to make you smile. Sharda brings the perfect amount of spunk and vulnerability to her role, while Sharma (Life of Pi, Homeland) nails that sweet, sincere (dreamboat alert!) and grounded vibe that aunties just love. Also look out for Asha’s parents, played by Veena Sood and Rizwan Manji, who despite their nagging are also Asha’s biggest champions. This one’s a cute picker-upper if you need cheering up. 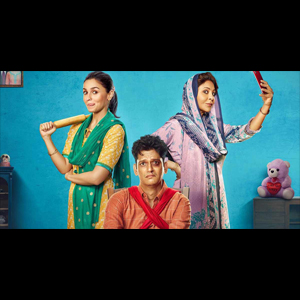 Director Jasmeet K Reen’s much-awaited directorial debut does not disappoint. In this twisty tale of revenge, Alia Bhat plays Badrunissa Shaikh, a young woman much in love with her husband, Hamza (Vijay Varma). She has stars in her eyes and a plan for their life together—an upgrade from the chawl they live in, a two-wheeler, and a couple of babies. The only hitch? Hamza is a serial abuser who knocks Badru around, getting darkly violent at the slightest provocation. After a tragic incident jolts her out of her rosetinted reverie, Badru decides it’s payback time. With the help of her mother (Shefali Shah), who herself is a victim of domestic violence, and the friendly neighbor, Zulfi (Roshan Mathew), Badru gives it back to Hamza and how! Varma is the star of the show with his menacing portrayal of the abusive husband while Bhatt proves once again why she’s the most watchable actress in Bollywood right now. Be warned that some of the scenes will make you flinch, but in Reen’s capable hands they play out as necessary viewing. 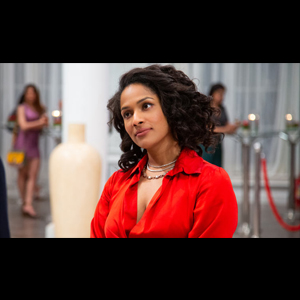 Another mother-daughter duo team up but in not-so-sordid circumstances. Fashion designer Masaba Gupta (playing herself) and mom-actress Neena Gupta (playing herself) continue to delight in the second season, one dealing with her attraction towards a hot, about to be married client, another trying to reinvent herself in her career while warding off an ex. Masaba has just launched a wedding line and sparks fly instantly between her and the groom-to-be. Meanwhile, her investor (Neil Bhoopalam) is in love with her. Neena is looking to reboot her own series and has to deal with ageism in her line of work. Mother and daughter quibble but also are each other’s biggest cheerleaders. Masaba is a natural, as was evidenced in the first season, and also recently in the short I Love Thane, part of the Modern Love Mumbai anthology where she played a young woman seeking love via dating apps. This series has some fun cameos by supermodel Milind Soman, Kartik Aryan, and Bappi Lahiri! 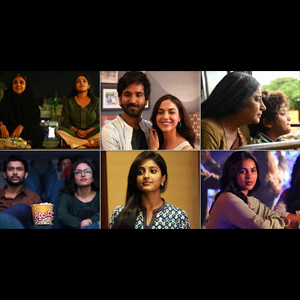 The iconic series gets its Hyderabad installment directed by Nagesh
Kukunoor, Venkatesh Maha (C/O Kancharapalem), Uday Gurrala, and Devika Bahudhanam. It features Revathi, Nithya Menen, and Suhasini Maniratnam among others. Not all six stories hit the mark but some of them are truly special. In “My unlikely pandemic dream partner,” Kukunoor, who studied film in Atlanta, has Revathi and Menen playing a mother and daughter (it’s a theme!) forced to live together during the pandemic after the latter needs help post surgery. Their frayed relationship slowly heals thanks to the love and care and the delectable Hyderabadi delicacies mom whips up for her convalescent child. Another gem from Kukunoor—"Why did she leave me here?”—is a story about a young man who is tortured by memories of his childhood: he feels that he was abandoned in an orphanage by his grandmother, only to realize later that her choices were for his well-being. All except the first story feel they could have been set in any city; nevertheless, the stories are replete with tenderness and human connection. 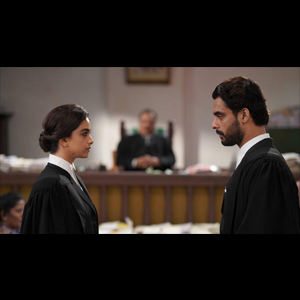 Tovino Thomas (Dear Friend, Minnal Murali) is becoming quite the fixture in this column. Can you blame me though? As Ebin, who has to face off against fellow lawyer and lover, Madhavi (fellow acting powerhouse, Keerthy Suresh), Thomas once again serves up a stellar performance. The case they are fighting is a tough one, one that involves the issue of consent in a sexual relationship. Ebin is the public prosecutor who represents the victim while Madhavi appears for the accused who is a family friend. As the case proceeds, the relationship between the couple is tested. Will their professional lives and the stand they take in court lead to personal discord? The film is devoid of any melodrama that is usually a staple in tense courtroom dramas and goes beyond the courtroom to examine the fragility of the most intimate of human relationships.