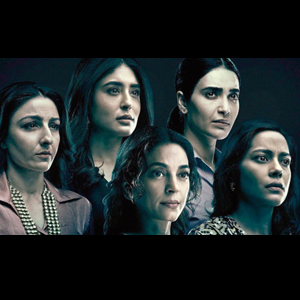 A grand romance, murder most foul, and a funny man who shows off his somber side. You will find all this content and more to keep you glued to your TV, tablet, PC, or smartphone.​

Like her Bollywood contemporaries who made a splash on OTT platforms (Raveena Tandon in Aranyak and Madhuri Dixit Nene in The Fame Game), Juhi Chawla rose to the challenge. But it hasn’t been a smooth ride for her. The vivacious actress (she used to be called Chirpy Chawla) plays Ishi Sanghamitra, a lobbyist who covers for her rich and influential political and business clients. She’s got some dark secrets of her own, too. As someone who’d watched Qayamat Se Qayamat Tak recently, I was intrigued by Juhi’s unhinged vibe in the opening episode. But the writers let her down—she’s never really allowed to plunge deeper into her role and perform. After witnessing a shocking incident involving Ishi, her three gal pals—former journalist Saiba (Soha Ali Khan); beleaguered homemaker Dolly (Kritika Kamra), who’s under pressure to reproduce; and Zaira (Shahana Goswami), a designer who wants to make it big—set off on a quest to uncover the real Ishi Sanghamitra. Then there is Ishi’s childhood friend, Meera (Ayesha Julka, in her OTT debut), who’s battling demons of her own and has a complicated relationship with her high-flying friend. The series has all the masala for a heart-thumping thriller and, thanks to some stellar performances, it isn’t a complete letdown. 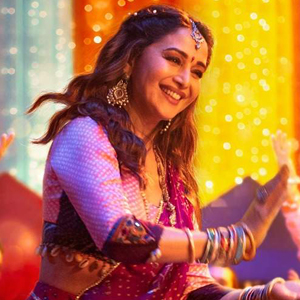 Madhuri Dixit headlining a queer story is enough to pique a movie lover’s interest. Here she plays Pallavi, a dutiful wife, homemaker, doting mother, and closeted lesbian. When her secret is revealed, all hell breaks loose—predictably—in her small town in Gujarat. Her husband begins to question his own sexuality, while her daughter wants to be an ally and urges her to own her sexuality. But her son just wants to “fix” her— after all, he’s getting married to his NRI fiancée and wants to make a good impression. Stories with LGBTQ+ narratives are quickly becoming the norm and queer characters exist not just to make a statement but as an integral part of the plot. This story, too, has immense potential. Madhuri is lovely in a few scenes—calm and poised, her character doesn’t see rebellion as the way out. Speaking about her character in press interviews with the Indian media, Madhuri mentioned that being queer wasn’t Pallavi’s only identity; she is so much more than that. While one appreciates this sentiment, the film doesn’t feel committed enough, especially at a time when stories like Badhai Do and Shubh Mangal Zyaada Saavdhaan exist. Though it’s heartening to see a Bollywood superstar play a queer character, it feels like the makers or writers played it safe with the story. 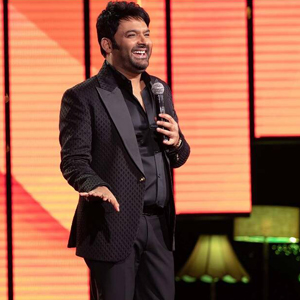 Kapil Sharma isn’t hilarious in this stand-up special, at least not in that “laugh-a-minute” manner. Perhaps a lot will depend on what tickles your funny bone. In the series, the popular comedian acts in skits with other actors, and then interviews Indian celebrities who are mostly there to promote their upcoming films. Jokes about looks, weight, accents—for which Sharma has drawn criticism in the past—fly fast and loose. In the Netflix special, however, Sharma reveals a quieter, more humane side. He talks about his modest family upbringing in Amritsar, about his struggle with depression, and most endearingly about his father encouraging him to pursue his dreams no matter what. Recently, I caught up with him at the Toronto International Film Festival, where his film Zwigato premiered. Sharma plays a food delivery driver in the Nandita Das directorial—a lead role that he was surprised to be offered. Audiences were also shocked to discover that the man was a decent actor! “I thought it was a wrong number when I got a message from her for the film. I mean, why would Nandita Das call me! She told me I’d really suit the character and then when I met her and discussed it further, I was sold. She’s such a respected filmmaker, and because of her credibility I, too, am getting appreciation for my work,” he says. Just like in the film, where he keeps his tone and tempo even-keeled (he has a background in theater which helped greatly, he mentions). The hour-long stand-up special is not your typical Kapil, but it’s poignant and relatable—and definitely worth watching for those bits. 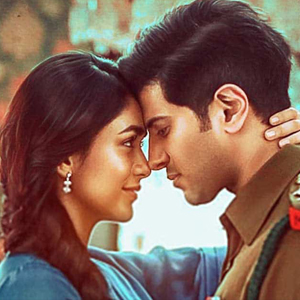 What better way to savor the beauty of fall than cozy up with an epic love story! Dulquer Salman (Lieutenant Ram) and Mrunal Thakur (Sita Mahalakshmi) crank up the charm a few hundred notches in this visually stunning tale of a couple brought together by a series of letters. Pakistani resident Afreen (Rashmika Mandanna) is tasked with tracking down Sita, who had been writing letters to Ram through the 1960s. It all begins when army man Ram reveals to a journalist that he has no family, and the journalist in turn asks listeners of her radio show to write to Ram. He is flooded with mail, which includes a flirtatious letter from someone who calls herself Sita. Fast-forward to the 1990s. Afreen, who unbeknownst to her has an intimate connection to the love story, now has to hand over a 20-year-old letter to Sita from Ram. Is she really who she claimed to be in her letters? Fans of Yash Chopra’s Veer Zaara will swoon over the heartbreak and joy of love conquering all. The dreamy music score and luscious cinematography are breathtaking—and some set pieces, like the one of Mrunal in a bathtub fully clothed or her dancing in abandon in a palatial room, are sheer poetry.