Screen Time: The Pleasure and Pain of Family Life 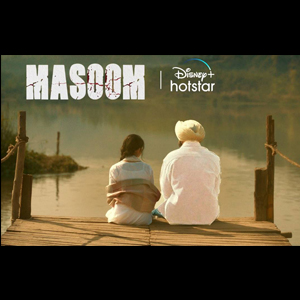 All families, however united and happy or not, experience sticky situations at some point, ranging from small disagreements to full-blown, you-are-dead-to-me showdowns. This month’s recommendations are all about family drama.

This family will scare you. A big draw for me to watch this one was that it is Boman Irani’s OTT debut. He predictably does a fantastic job as Dr. Balraj Kapoor who is grappling with the mysterious death of his wife, Gunwant (Upasana Singh). He also has a contentious relationship with his daughter, Sana (Samara Tijori), who suspects that her mother’s death is no mere accident and that daddy dearest has something to do with it. Sana herself has a complicated past, causing much heartache for the family. More secrets and lies are uncovered as the series wrings your very last nerve till it gets to the conclusion. This is for those who like a slow-burn thriller to watch over the span of a week. It was a delight to watch Upasana Singh, who usually does inane comedic roles (she played Bua in the TV show Comedy Nights). This series portrays her in a completely different light—she has depth and grace—and we want to see more of her!​ 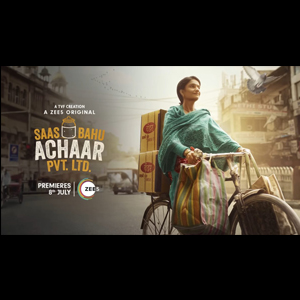 This family will surprise you. We have a matriarch (Yamini Das) who makes no bones about the fact that she doesn’t approve of her son Dilip’s (Anup Soni) second marriage to Manisha (Anjana Sukhani), and who still has an unshakeable bond with her ex-daughter-in-law Suman, whom she affectionately calls Sumaniya (Amruta Subhash). Manisha has a child of her own and does well to keep her blended family together. She refuses to be the evil stepmother and is steadfast in her love for her husband. Dilip’s divorce and subsequent remarriage has thrown the family into turmoil. The children live with their father and miss their mother, who is unable to support her kids because she didn’t have an education. She decides to launch an achaar business to get her kids back. She gets the support of her mother-in-law and a neighbor, who initially cons her but soon becomes a close confidant. The performances are top notch. Watch the scene where Amruta Subhash’s character attempts to sell her pickles in a crowded local bus. This is her first time venturing out of the cocoon of her home and she just doesn’t know what to do. She freezes and is unable to speak, let alone sell her wares. It’s heartbreaking. 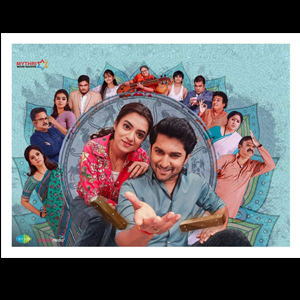 These families will infuriate you but also make you chuckle. Poor Sundar, stuck in an ultraconservative family, is unable step out of his sheltered environs—literally and figuratively—because he is the family’s only male heir. Traveling overseas for work is taboo, and he has to ride a girl’s bike so that the horizontal rod on a men’s bike won’t mess with his abilities to father children in the future. Surely you have encountered a family as wacky as this! No? Then you need to watch this hilarious rom-com starring superstar Nani, who plays Sundar, and the luminous Nazriya, who plays Leela. The two actors are in top form and their chemistry is palpable. Sundar is a conservative Brahmin boy and Leela is Christian—a deal breaker. Will the star-crossed lovers end up together? As they lie and trick their families into agreeing to their match, there is comedy galore, not to mention an endearing romance. The writing is crackling and so are the performances. Watch especially for the family astrologer who lays out homam after homam(rituals to ward off problems), which the family has to conduct to “protect” Sundar. 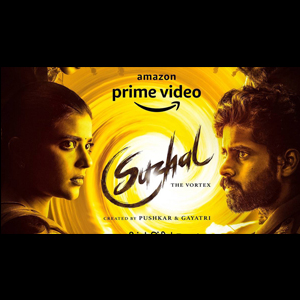 Set in a fictional town in Tamil Nadu, this eight-part web series written by Pushkar and Gayathri (Vikram Vedha on Amazon Prime) and co-directed by Bramma and Anucharan will keep you engaged right till the end—where a twist awaits. A factory union leader is dealing with a devastating fire that has destroyed the warehouse he works in. His teenage daughter disappears. Two determined cops, Shreya Reddy and Kathir, set out to investigate and uncover some disturbing truths about the people in their town. To that, add the colorful local festival underway—Mayana Kollai, celebrated by the fishing community in Tamil Nadu—and you are in for quite the rollercoaster ride. I was surprised by Kathir’s nuanced performance, and promptly checked out his previous work (Sarbath, Netflix), which I quite liked. He is also a sight for sore eyes, which makes the viewing experience more pleasurable amidst all the blood and gore. If you love twisty thrillers, this is your jam. 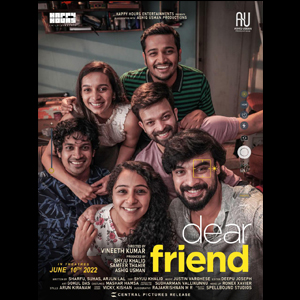 A coming of age story, but with a twist. This unusual story stars Malayali superstar Tovino Thomas as Vinod, who along with his mates does what friends do—party, play pranks, bicker. There's much love and camaraderie. Everything’s seemingly fine until one day Vinod disappears from their Bengaluru flat. He leaves a brief letter for his friends asking them to not look for him and acknowledging all the memories they shared together. Is he really gone or is it a prank? Has there been foul play? As the friends try to come to terms with his drastic action, they begin to discover aspects of their friend not known to them before. Thomas, who was superb in the actionhero flick Minnal Murali (Netflix), is ably supported by a stellar star cast that includes Darshana Rajendran (Irul, Netflix), Arjun Lall, and Basil Joseph. It kept me thinking for a bit—about people and their ability to love fiercely, and yet let go.