COVID-19  In-depth info for Indians in Atlanta/Georgia. Click here
Home > Magazine > Features > Sex is Not an Apple, but a Rose with Many Petals

Sex is Not an Apple, but a Rose with Many Petals 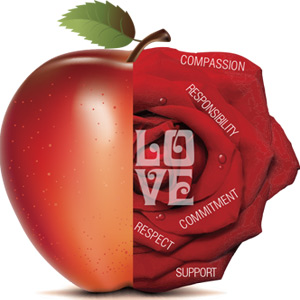 Our cover story, “Sex and the Nation,” published in the August 2014 issue was based on an interview with Sally Howard, author of The Kama Sutra Diaries: Intimate Journeys Through Modern India. Community veteran Bhagirath Majmudar, MD questions the merit of focusing on a single facet of a multifaceted issue, while also shedding light on the topic beyond the book’s revelations.

Sex in India has often been a bashful topic, to be hidden in a closet, warded off from public discussion. What is hidden tightly may however, lash out hideously. The searchlight of journalism should not tolerate any dark corner. To that extent, Sally Howard’s book has value in having ventured into taboos surrounding sexuality in India.

Having said this, I should add that the book focuses on only a single facet of a multifaceted topic. It is also narrow in terms of a timeline. To focus on the changes in India that are ten to twenty years old and to contrast them with those seen in the last millennium is myopic.

From pre-Vedic and Vedic times, Indian thought has explored sexuality in all its varied, complex hues. Indian mythology and the great epics, Mahabharata and Ramayana are replete with instances of incest, lust, homosexuality, sexual harassment and above all, the universal power of sex on all living creatures. In terms of co-habitation of the sexes, India has tried many methods: one wife, many husbands; one husband many wives; older wife, younger husband; older husband, younger wife; marriages with and against parental wishes; marriages within and outside caste and creed; interprovincial, interracial marriages; strict code of sexual conduct and unrestrained sex (Vam Marga); divorce denied, divorce made legal. No possible alternatives have been left untried.

These examples are proof that changing sexual mores, amongst many other changes, constitute a norm in Indian history. Thus, the oft-mentioned, sexually explicit Khajuraho sculptures are dwarfed when placed in the total tapestry of India’s outlook on sex. What we see in the last twenty years is a drop in a bucket, with minimal historical or statistical significance.

The psycho-spiritual nature of sexuality, a vital aspect of human relationships is not addressed by the author. The sexual act is not an isolated event, disconnected with life at large. The author presents the current stereotype of “dating, mating, and hating” that we see in modern times, while ideally they should be “greeting, meeting, and fitting.” There is also an inherent difference in the biological and hormonal make up between the sexes which comes into play. Both genders need to understand this fundamental difference, highlighted by the adage, “A man loves sex; a woman loves sex.”

Medical science, with its technologically oriented approach, cannot consider the ethical and moral aspects of sexual mores. It bluntly defines “safe intercourse” as a sexual encounter which does not produce unwanted children or a sexually transmitted disease (STD). However, works on the subject that should merit consideration, should also somehow incorporate the fact that the sexual act is often far from safe even when there are no unwanted children or STDs. Where are the studies on the mental, interpersonal, and societal consequences of sex which may be medically safe but disastrous otherwise?

Describing changing social mores without any effort to also study the serious consequences of such is doing a disservice. “One moment with Venus, one lifetime with Mercury” was a famous medical punch line for the prolonged treatment of syphilis with mercury. AIDS, a later arrival on the scene served to enhance the fear of irresponsible sex. The rapid rise of HIV/AIDS in India should serve as a warning that a “free lunch” may be followed by a “pernicious punch.” The hormones need to be harmonized, the beast to be leashed.

On a separate note, I was appalled to read that the Indian Health Minister wanted to ban the sex education in schools. If imparting sex education is problematic, to withhold is infinitely more problematic. Ignorance is not a bliss but a deadly kiss. Not only do we need to implement sex education but we need to widen its horizons to include gender respect, sexual responsibility, family integrity, and many other related aspects.

The book raises an extremely important point: orthodox and unwatchful parents with their un- yielding rigidity of demands and opinions will generate “Deceiving Indian Girls” (DIG) playing a game of hide-and-seek between “Good Indian Girls” (GIG) and “Bad Indian Girls” (BIG). Instead of such orthodoxy, boys need to be taught gender respect, which can be taught in schools but is learnt at homes—by example. This may provide an enduring answer to pornography and sexual violence that are epidemically invading school and college campuses. At the same time, girls have to be trained from early on to learn self-defense. As one author put it, no rapes are reported in porcupines.

The interview in Khabar with Ms. Howard also raises the important issue of beauty being associated with Whiteness. Once women are raised with proper education and self-respect, instead of striving to be a “White Goddess” they will learn to be inspired by Kali—the Black Goddess of ancient India who is the destroyer of demonic elements. It is wonderful if men learn to respect women. If not, they have to learn to fear them. Ultimately though, living peace- fully, productively, and harmoniously is the aim of the man-woman relationship.