Spirit Matters: The Gita and Me 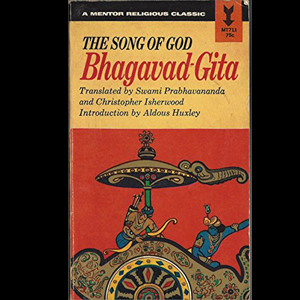 The American Vedantist and author of a biography on Paramhans Yogananda on the unparalleled wisdom of the Bhagavad Gita.

[Left] The author’s first Bhagavad Gita, acquired after much searching, more than half a century ago.

I first became aware of the Bhagavad Gita in the mid- 1960s. I was in college then, and taking my first tentative steps onto the spiritual path that would virtually define my life ever since. Instead of my assigned textbooks— which not only bored me but, in fact, irritated me with their lack of profundity—I was reading about Eastern philosophy, mostly from secondary sources. The Hindu, Buddhist, and Taoist ideas had just entered the counterculture bloodstream, and it seemed that every author and scholar I admired—Ralph Waldo Emerson, Henry David Thoreau, Aldous Huxley, Joseph Campbell, Alan Watts, J.D. Salinger— wrote with great admiration of the Gita. Thoreau apparently read it every day of his famous retreat on Walden Pond: “In the morning I bathe my intellect in the stupendous and cosmogonal philosophy of the Bhagavad Gita … in comparison with which our modern world and its literature seem puny and trivial.” The other respected thinkers were equally appreciative, albeit less romantically effusive in their praise. Even the renowned physicist J. Robert Oppenheimer had quoted the Gita most famously when the first atomic bomb exploded in the New Mexico desert, and also at President Franklin Roosevelt’s memorial service. With endorsements like that, and the sublime passages the authors extracted from the Gita itself, I had to get myself a copy.

I couldn’t find one. None of the bookstores I usually frequented carried it—and this was in New York City! But it was more than half a century ago when no one dreamed of having access to millions of books with a few taps on a keyboard. I eventually found a copy at Weiser Antiquarian Books on lower Broadway, which is known as “the oldest occult bookstore in the United States.” I purchased the translation and commentary by Swami Prabhavananda and Christopher Isherwood because I recognized the latter as a celebrated writer of fiction. I remember being shocked by how slim the volume was, having assumed that a text that had enchanted famous intellectuals would be hundreds of pages long. Grateful that it was so lean (and cheap, at 95 cents), I read it from start to finish that evening.

It was mind-bogglingly new and heartwarmingly familiar at the same time, as if I were being fed the same revelations I’d imbibed in the past and forgotten. I went to bed knowing my life would never be the same. And it was not. Because Swami Prabhavananda was in the lineage of Sri Ramakrishna and Swami Vivekananda, and Isherwood was his disciple at the Los Angeles Vedanta Society, their Gita quickly led me to the other books published by the Vedanta Press and, eventually, to the Upanishads, the Yoga Sutras, some of Adi Shankaracharya’s works, and other treasures of Sanatana Dharma. It also led to my first yoga class, in an apartment on West End Avenue, led by a regal Indian man whom, I realized a few years later, was none other than Swami Satchidananda, the “Woodstock guru.” It led as well to my taking up Transcendental Meditation in 1968, and to teacher training two years later with Maharishi Mahesh Yogi, whose Gita I read repeatedly (only chapters one through six; sadly, he never published seven through eighteen).

My first Gita, with its tattered cover, torn and yellowed pages, underlined passages, and scribbled-in margins, sits on a shelf with a dozen other translations and commentaries. I compare them whenever an
opportunity arises, their nuanced differences never failing to intrigue me, and the verses themselves
never failing to illuminate and inspire. I know of no other text, sacred or secular, that packs so much wisdom into so few words and still maintains a sense of narrative movement.

I interviewed more than three hundred people for my book, American Veda, and over the years, I’ve had countless conversations about spirituality with yoga practitioners, meditators, devotees of various gurus, spiritualindependents, secularists, and dedicated adherents of every faith tradition. It is astonishing how many of those diverse seekers of truth have been influenced by the Gita. There seems to be something in it for everyone, regardless of their religious orientation. For some it is a holy text, on par with what the New Testament is to Christians, the Hebrew Bible is to Jews, and the Koran is to Muslims. For others, it is a philosophical treatise, a practical guidebook for living, a concise summary of yogic principles, or simply something they’re required to read in a comparative religion class.

Like every great book, its meaning and impact depend upon the reader, and I’ve always loved the fact that Hindus have, for centuries, relished debate over differences in interpretation without descending into factionalism or sectarian violence. That such antagonism seems unthinkable says a great deal about the universality of the Gita and the inherent pluralism of the Vedic tradition from which it springs.

In fact, that generosity of spirit, with its acknowledgment of individual pathways within a framework of unifying Oneness, is one reason the Gita captured the hearts and minds of Westerners like me. I have noticed over the years that people tend to memorize or paraphrase different passages, depending on their own personalities, preferences, and spiritual orientations. Devotees with their eyes on the ultimate prize remember descriptions of moksha (liberation). Those with a devotional bent reference bhakti verses. Intellectual types cite jnana passages or the many illuminating and provocative philosophical precepts. Karma yogis might quote the verse about nonattachment to the fruits of action.

For me, the child of free-thinking, non-religious parents, who became a political activist and charter member of the anti-authoritarian Sixties, two themes were of central importance, and I memorized the relevant Gita verses—not intentionally, but as a byproduct of reading them so often. One was “Established in yoga, perform action” (2:48), which conveys the message that unitive consciousness is not just for ascetics but is a prerequisite for a purposeful life in the world. That single sentence has remained with me, as a call to daily sadhana, for all the subsequent decades.

The other verse was: “Because one can perform it, one’s own dharma, though lesser in merit, is better than the dharma of another. Better is death in one’s own dharma; the dharma of another brings danger” (3:35). I was part of a generation for whom personal authenticity was supreme; and challenging tradition, conventional wisdom and authority figures was practically a moral imperative. In contrast to the strict codes of the Abrahamic religions—and the moralizing, the shaming, and the threatening that often accompanied them—the Gita told me that being true to myself was not only permissible on the spiritual path, it was absolutely essential. It was, in fact, an imperative. This meant a great deal to someone who was allergic to both the religious and secular brands of conformity and biologically incapable of believing in something just because an authority figure told him to.

I do not expect to come close to reading all the books I want to read in this lifetime. I will never penetrate all the Vedic literature I’d like to study. But I know I’ll return to the Gita again and again, because every time I do, I discover something new. At the risk of closing with a cliché, it is a gift that keeps on giving. 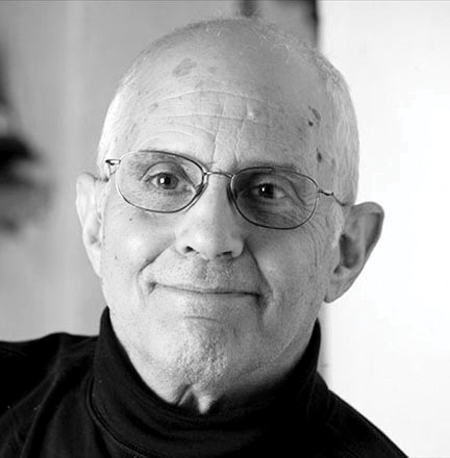 Philip Goldberg is the author of numerous books including the award-winning American Veda; The Life of Yogananda, a biography; and his latest, Spiritual Practice for Crazy Times. He cohosts the Spirit Matters podcast, blogs at Spirituality & Health, and leads American Veda Tours to India. He can be contacted through his website, www.philipgoldberg.com. To comment on this article, please write to letters@khabar.com.