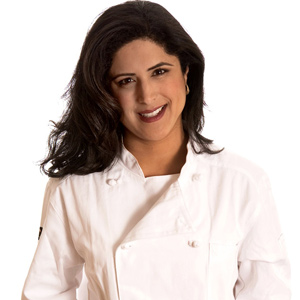 Her natural flair for food, business savvy, and pure passion has made Bhojanic a standard bearer of this cuisine in the area.

“Bhojan” in Hindi means “food.” It is also the act of eating. In either case, the word has positive connotations associated with high satiety—that comes not only from the food itself, but from the whole experience behind it. And that, in a nutshell—the food and the experience—is what Archna Malhotra Becker has been able to offer consistently, and judging from the success of her two locations, excellently. The food, the friendly service, the ambiance, the décor, and the live music (on certain nights) are staples of a fine dining experience; and yet very few Indian restaurants are able to get them all correct. Bhojanic is one of those rare few. It is certainly one of the most written about Indian restaurants in town with glowing reviews in Atlanta Magazine, The Atlanta Journal-Constitution, Creative Loafing, Emory Wheel, and many more. 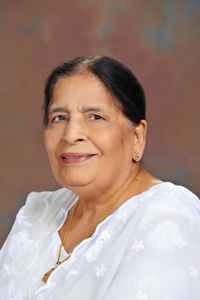 Nirmala Arneja, Becker’s grandmother. Bhojanic’s menu was inspired by her hearty, wholesome home cooked food, and she continues to play a vital role in shaping the menu and the food.

From grandma’s kitchen to Rasoi
Becker’s earliest childhood memories revolve around her grandmother’s kitchen in India where she spent many happy hours helping her grandmother put together meals for the family—hearty, wholesome food cooked with love and care. “Our family’s food, on both sides, is very special,” said Becker. “My dad’s side of the family were into hunting as a sport, so there was a lot of game cooking, and mom’s side did a lot of vegetarian.”

She was 11 when her parents brought the family to America. In her new home, Becker’s passion for food acquired another dimension. At 14, she began working at restaurants. “I got a job and I worked at every restaurant, from fast food to fine dining. I worked at Dairy Queen, Pricci, and I was also a pizza delivery driver during college,” she recalls.

Perhaps inspired by this early exposure to the food industry, her entrepreneurial streak kicked in during the early 1990s when she convinced her parents to co-found Atlanta North Indian Catering (ANIC), a catering company. The company catered for venues such as the Atlanta Convention Center and Emory University.

In 1994, the Malhotras launched their restaurant, Rasoi (“Kitchen”). Unfortunately, this maiden venture did not last beyond two years. Reminiscing over those days, Becker says, “We closed for multiple reasons. Huge parking issues... and my maternal grandfather was very ill and in the ICU for an entire year.” There are no regrets, though. “It was a great learning experience about what is required to take an idea and translate it into reality. We learned what not to do when picking a location and that it is the most important part of the process.”

If they can do it, I can do it
In 2000, Becker began working as a business development executive in the corporate sector. “But my passion wasn’t there and all I wanted to do was catering,” she recalls. “I knew that there was a large niche that was not being met by other Indian restaurants. It was time to take a risk.”

Older now, and wiser, she took her time conceptualizing her new venture. “I spent two solid years doing research and concept building for Bhojanic. She researched websites across the world and, paradoxically, learnt a lot about what not to do. During this planning stage, her early work experience helped tremendously. A natural in the food industry, Becker had learned the A to Z of food management from the many chefs and restaurant staff she’d worked with.

“I worked at many restaurants since I was 14. I learned at each place and picked up new ideas. When I worked at Pricci in Buckhead during college, I wanted to have a place in Buckhead in the future. I really looked up to Pano Karatossas of the Buckhead Life Group. My motto always was and is “if they can do it, then I can do it.” Twenty years later, my new restaurant was one block from his new restaurant—a full circle.” 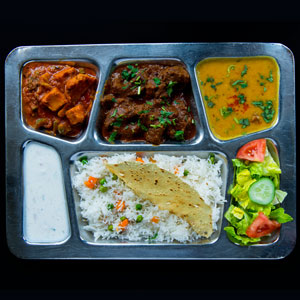 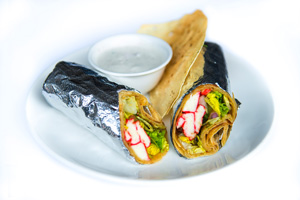 Grandmother knows best
Her business school background came in as an advantage, enabling her to put together a solid business plan for the new restaurant. Bhojanic opened to a modest reception in 2003. Like all great ideas, its underlying concept was extraordinarily simple and occupied an unfilled space in the food business. “I noticed that Indian restaurants as a whole were making only one style of food—heavy and very spicy. Most Indian households don’t eat like that. I wanted to bring real everyday North Indian food to the masses.”

Becker was convinced that a market existed for authentic, home-style Indian fare that is easy on calories and spice without compromising on flavor. Recalling the simple, yet delicious meals of roti, dal, and vegetables rustled up by her grandmother, she says, “The same philosophy of home is behind Bhojanic.”

The food at Bhojanic stays true to the culinary principles she imbibed as a young girl, “using exactly the same ingredients my grandmother used in her kitchen.” Bhojanic’s core concept remains the same today, offering wholesome, delicious, and guilt-free fare that will have customers coming back for more. Becker does not believe in compromising health at the altar of indulgence: “… no cream, all fresh ground and fresh roasted spices with all real ingredients. We buy almost all our meats locally and use fresh produce.”

She has a firm idea on what makes for good Indian cuisine: “North Indian food should have layers of lingering flavor but not burn your tongue hot.”

Bhojanic opened as an ahead-of-its-time Indian fast casual place in Decatur and initially, was only open for dinner two nights a week, aiming for a concept similar to Eatzi’s. The new restaurant generated positive feedback; Bhojanic’s first review by Bill Addison, when he worked at Creative Loafing, “made a huge splash” says Becker. Another review in Knife and Fork by Christane Lauterbach had a great impact, attracting plenty of curious customers. However, the 2-day format didn’t quite pan out. There were complaints that the new restaurant was “never open,” so Becker and her family decided to take the plunge, turning Bhojanic into a full service restaurant. 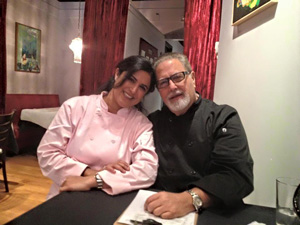 With her father Surinder Malhotra, who was earlier the executive chef of Bhojanic, and now continues to play a vital role in shaping the food.

Taking Bhojanic into the mainstream
Becker’s grandmother, Nirmala Arneja continues to be consulted on all the dishes served in the restaurant. For many years, Becker’s father played the role of executive chef. Today, there’s a professional culinary team in place, but the family’s hands-on style continues with Becker and her parents overseeing their work. “The menus are decided by a team of people including front of house managers and me, my father, my mother, and my husband,” says Becker.

While Bhojanic’s USP (unique selling point) was undoubtedly its fresh approach to Indian cuisine, Becker realized that to reach out to a wide, mainstream clientele she’d have to differentiate her restaurant from the typical desi eatery with its outdated interiors and unsmiling, non-English speaking service staff. Here too, her youthful, business savvy perspective, backed by real experience, kicked in. In her own words, “I took all my favorite things and put them in a restaurant. Awesome food, fun atmosphere, live music, and an approachable staff is what we wanted to bring to the people.”

Going where traditional Indian restaurateurs had never been before, Becker networked proactively with the Atlanta community to grow her business. Since the time she’d helped her parents set up their catering company ANIC, Becker had developed a good relationship with Emory University near which Bhojanic is located.

Bhojanic has become Atlanta’s trendiest, go-to restaurant for Indian cuisine. What have been some of her biggest challenges? “The biggest challenge is when you start a new concept and nobody has heard of it. Hiring has been and always will be the toughest thing in business. We try to provide a fun atmosphere for staff so they want to work for us a long time. We treat staff as family and give them respect, and that keeps them loyal to us. Without them we are nothing. Keeping consistency is also a tough one but with procedures, recipes, and good management, it is possible.”

Educating Atlantans on Indian food
Over the years, Bhojanic has become more than just a restaurant. “It has become about education,” she adds. “We want to show [people] the real Indian food—people here have been trained to think that everything to do with Indian food has to be butter and oil. We want to educate the wide customer base about our food. Sometimes you hear, ‘This is Americanized Indian food,” but it’s not. This is how we cook it at home. It has not been adapted for the American palate.”

To educate the mainstream about the nuances of Indian cuisine, Becker started cooking classes in 1999 and continues to do so around town. Through the medium of food workshops, she also participates every year in many community fundraisers; a recent one raised funds for the Atlanta Community Food Bank. 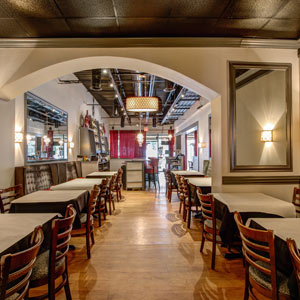 Stylish interiors, a hip, young, and friendly staff, live music on certain nights: these— along with the quality food—are the staples on which Bhojanic has thrived.

Awards and accolades
What are some of her happiest moments as a restaurant owner? For Becker, the fact that Bhojanic is a self-driven business in the field she is passionate about—North Indian cuisine—is undeniably a matter of pride. The hard work, sacrifice, and love she has poured into the business has paid off handsomely with awards and recognition following suit. Bhojanic has consistently been nominated Atlanta’s best Indian restaurant in various forums. In 2013, Becker was nominated for the Georgia’s Restaurateur of the Year title. This year, Bhojanic was nominated Best Business in Buckhead from the Buckhead Business Association. She says, “All these experiences have been humbling. We cater for many Grammy Award-winning bands and artists when they travel through Atlanta. Having your favorite band telling you backstage how much they love the food is a pretty good feeling!”