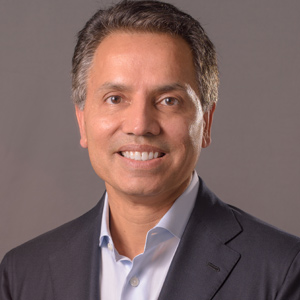 (Left) Yadav is a sought-after leader in the field of medical innovation and enterprise.

Being recognized as one of America’s top cardiologists is just one of the many accolades showered on the remarkable Dr. JAY YADAV. In recent years, he has been recognized as “Entrepreneur of the Year” by Ernest & Young for the Alabama/Georgia/Tennessee region, and “Business Person of the Year” by Atlanta Business Chronicle. As impressive as these and many other accolades are, they pale in comparison to the heartfelt appreciation of the thousands of patients whose lives have been positively impacted by the innovative medical breakthroughs developed by this creative physician-scientist and entrepreneur.

Dr. Jay Yadav is a doctor with the mind of an engineer, the heart of a philosopher, and the smarts of an entrepreneur. A cardiologist by training, he is credited for pioneering cutting-edge treatment for heart failure and stroke. Over the past three decades, Dr. Yadav has earned much kudos and saved countless lives through his medical breakthroughs.

The expansive uncluttered office in a high-rise in downtown Atlanta where Yadav now spends most of his time is a hub of activity. At his new company, MiRus, young enthusiastic engineers and software developers, many Georgia Tech graduates, are abuzz with futuristic ideas. They share Yadav’s vision of implementing biotechnology to help people live longer, more comfortable lives.

Yadav is best known in Atlanta for CardioMEMS Inc., a pioneering medical device company which dramatically improved the treatment of heart failure and which he sold to St. Jude Medical in 2014. CardioMEMS, one of many devices developed by Yadav, is a novel wireless sensing and communication technology for the human body. It is a miniature wireless sensor implanted using minimally invasive techniques. The sensor transmits cardiac output, blood pressure, and heart rate data, which are critical to the management of patients. The sensor is designed to be permanently implanted into the heart and blood vessels due to its small size, durability, and lack of wires and batteries. Using radiofrequency energy, the sensor transmits real-time data to external electronic readers, which then communicate this information to the patient’s physician. “Hospitalizations are very traumatic for heart failure patients and costly to the health care system,” Yadav explains. “With the availability of CardioMEMS, doctors and nurses can deliver improved and more efficient care to their patients and produce meaningful reductions in their patients’ heart failure-related hospitalizations.” Prior to CardioMEMS, Yadav created Angioguard Inc. which transformed stroke treatment and was acquired by Johnson and Johnson.

Yadav’s remarkable journey began in Meerut, a small town fifty miles north of New Delhi, where he remembers being a sickly young boy. “I had typhoid twice as a child and almost died both times.” He recalls hearing the doctor telling his mother about the alarming probability of brain damage should he in fact survive the high typhoid-induced fever. Yadav beat the odds, and at nine he and his enterprising mother moved to Salisbury, North Carolina, where his father was a college professor. Disproving the Meerut doctor’s grim prognosis of brain damage, Yadav later went to Yale—at fifteen years of age!

Initially, he had considered studying astronomy—a fascination kindled by frequent visits to a neighborhood college observatory in Salisbury. But that changed when he found himself deeply influenced by Gandhi’s autobiography, The Story of My Experiments with Truth. His impressionable young mind felt a strong, unmistakable stirring to do something socially useful. With many doctors in the family, he had witnessed first-hand the healing powers of medicine. The young sickly boy from Meerut found his true calling: to alleviate human suffering through health care.

When his family moved to West Virginia, Yadav chose to stay close to his parents and two brothers and enrolled at the WVU School of Medicine which laid the foundation for a residency at Duke Hospital.

“One month, I did a rotation in cardiology where we were using a cutting-edge technique—angioplasty. A patient would come in half dead, we would open up an artery, and the patient could leave the hospital quickly. It was wonderful,” Yadav explains enthusiastically, as though it were just yesterday that he was altering the course of destiny with the incredible invention. “The following month I did a rotation in neurology where people were coming in with strokes. A stroke is very similar pathophysiologically—it has the same mechanism: blockage of blood flow, lack of oxygen, tissue death. We used a lot of temporizing measures— ventilators to increase the flow of oxygen to the brain, drugs to reduce brain swelling, etc.—but we never opened up the (blocked) artery like we did in cardiology because we just didn’t have the tools.”

Some memories stand out like pivotal mileposts in one’s personal journey. Yadav recalls a middle-aged African-American woman, a stroke patient, who died after five days of round-the-clock care in the hospital. “I was there for most of it,” he says with a somber look. “Her brain swelled, herniated.” That singular incident recalibrated Yadav’s career trajectory: “I decided I was going to change the treatment for stroke.”

For the year to come, Yadav’s tenacity was put to test. “It proved to be quite challenging, more for the politics than the science. Medicine is broken up into specialties, and there are turf issues. So the doctor who specializes in the brain doesn’t want the heart doctor to tell him what to do.” Fortunately, by then he had the support of a loving wife whom he had met at Duke, which allowed him to persist in his resolve for an innovative cure for stroke. “We had to make many personal sacrifices along the way,” Yadav says, seemingly exhausted by the sheer memory of those trying years, “but I did it. I created the first angioplasty for the arteries of the brain.” It was 2002, and Yadav’s breakthrough was pronounced by medical experts as a “watershed” advance in stroke prevention.

Yadav finds the medical profession to be intellectually stimulating and immensely gratifying. “I treated patients with incredibly complicated conditions when I was at the Cleveland Clinic. Many of my patients came to me when they were sort of at the end of the road, and we formed very close bonds. It was wonderful to be able to save people.” Clearly, Yadav has fulfilled his Gandhi-inspired need to be an instrument of social good.

“I truly believe that medicine, like teaching, is a noble profession,” he says. “You have to be in it for the right reasons. I decided early on that I did not want to be dependent on patient care for income.” His robust earnings come from the companies he has launched and sold. 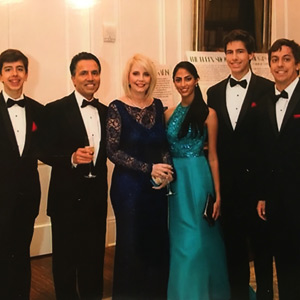 To his four children, three sons and a daughter, he offers complete freedom to choose a career path. “I don’t care what you do, I tell them. The global economy is so big and there are so many possibilities; you can do anything. But do it if you have a passion for it, and be very good at it.” The overarching drive to excel extends to the tennis courts—“we all play regularly, except my daughter. She is a very talented Bharatanatyam dancer.”

For students interested in medicine, he advises not to be pre-med. “I am a firm believer in liberal arts education. Invest in getting a broad education. If you want to create new things you have got to have a certain amount of knowledge so you can link different areas and synthesize new concepts. If you only know one thing, you will be a worker bee. To be an innovator, a diverse knowledge base is vital.”

Looking ahead, Yadav sees a promising future. “We are living in the most peaceful, stable time in human history. We are safer than we have ever been.” Putting things in perspective, he reminds us that the threat of a terrorist attack wiping us all out is minimal in comparison to the palpable danger of an all-out nuclear confrontation with Russia during the cold war when he was a child. “The average person is better off than ever before. The trajectory of human civilization is up.”

While he finds inspiration in the Gandhian philosophy of social amelioration, Buddha’s tenets of the Middle Path keep Yadav humble and grounded. “Human beings have a tendency towards extremes; moderation in all things is very difficult, including one’s view of oneself, but it is critical,” he says.

In addition to implementing avant-garde technology, Yadav is credited for having published over 200 scientific papers and two medical books. He has countless awards to his name including the Ellis Island Medal of Honor 2004, America’s Top Cardiologists (Consumers’ Research Council of America, 2008), and Top 10 of The Decade (Georgia Technology Summit, 2014).

In Yadav’s true metrics of personal achievement, above all else, is the love of his family. “When I received the Lifetime Honor from the Heart Association in 2016, they made a video montage where they interviewed my family and friends around the country. It was very touching to see your children say nice things about you. They said, ‘Our dad could be goofing off but instead he keeps working, keeps doing stuff to help people.’ As a parent you wonder if your kids notice you. And then you realize that they see everything you do.”

Not far behind the love of family is the value Yadav places on the success of his cardiology fellows—“It is wonderful to see the people I trained do well.” He marvels at how intelligent and tenacious the younger generation is. “Contrary to what the elders in our society may think, these kids today are very hard working and process things a lot faster.”

Yadav’s optimism about the young finds wonderful expression at TiE (The Indus Entrepreneur), an organization with whom he has deep ties—he is currently the chairman of the board of TiE-Atlanta. Kanchana Raman, president of TiE-Atlanta says, “When you meet Dr. Yadav, you come to know really quickly he has a passion for education. Investing in young minds and guiding them is a huge motivating factor for him.” Raman highlights how Yadav has been one of the largest contributors to The Young Entrepreneurs (TYE), a TiE program designed to help high schoolers bring out their inner entrepreneur.

“He is now launching a healthcare initiative at TiE-Atlanta in 2017 to harness the energies of medical professionals to make a difference in innovation in devices and medicines. The goal is to give them a well-established platform like TiE to flourish and inspire. We are fortunate to have an industry leader like Dr. Jay Yadav who is not only helping entrepreneurs full circle, but also providing the resources to do so,” adds Raman.

At MiRus, Yadav’s new company, the young minds hard at work are in the process of using a specially created alloy for orthopedic implants and applying the analytic framework of cardiovascular medicine to orthopedics using information management tools. “The application of IT to disease states will make healthcare more efficient by offering better quality care at reduced cost,” Yadav explains. The scientific method, “an empowering tool,” and “capitalism with a free market economy, with some oversight,” are the essential elements that determine social progress. Judging by all the formulas and equations on the white board in his punctiliously appointed office—a testament to his need for order and cleanliness—the math seems to be adding up. The future, Dr. Yadav assures us, is in good hands.