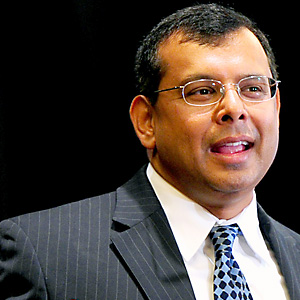 During the tenure of Palaniswamy “Raj” Rajan, TiE Atlanta has mentored 94 companies (198 individuals), while also generating the highest revenues for the organization.

What strikes you first about Palaniswamy “Raj” Rajan is his boundless energy and infectious enthusiasm for all things in general, whether it’s game changing technology or a press interview on a Sunday afternoon. Rajan is a man who wears many hats: CEO of Virima Technologies, president of TiE Atlanta, managing partner of Change the World Venture Partners, founder of Atlanta CEO Council, serial entrepreneur, and angel investor. In a conversation with Khabar, Palaniswamy talks about his passion for entrepreneurship, changing the world, and having it all.

Born into a business family, Rajan was bitten by the entrepreneurial bug pretty early in life. After completing his bachelor’s in computer engineering, he came to the U.S. to pursue his master’s in computer science at Florida Institute of Technology. A job offer at GE Information Services brought him to Atlanta, where he stayed because the weather was similar to his home city Bangalore’s.

At the age of 26, Rajan started his first company, Emerald Systems, a boutique consulting company. Starting out young had its pros and cons. “If you fail, you are still living on ramen noodles and you can go live with your parents,” quips Rajan. “The earlier you start, the better your expertise will get. You also have very little to lose. When you are older and you have families and kids, the risk profile changes. The caveat to that is being right out of college means that you don’t have a lot of experience or expertise to begin with.”

Armed with the knowledge and experience he gained from his first company, Rajan has co-founded several highly profitable ventures and invested in over 34 companies since 1998. He has also made mistakes and learnt his lessons. Helping other entrepreneurs avoid the same mistakes was the primary motivation behind starting a TiE Atlanta chapter. “When we started out, most of us quit our jobs and became full time entrepreneurs,” says Rajan, who gains inspiration from angel investor Vinod Khosla and the late management guru Dr. C.K. Prahalad. “But for every successful jump there are ten other failures that no one ever talks about. That’s why you come to TiE and see if your idea is worth jumping.”

He stresses the importance of ‘failing forward,’ which means learning from your mistakes and turning them into the stepping stones for future success. He has tried not to let setbacks in his entrepreneurial journey take a toll on him. “Sometimes, if things are not moving fast enough, I get frustrated, but if being an entrepreneur depresses you in anyway, then maybe it is not the right path for you,” he says.

His strengths include networking and making lasting relationships. It was at one of his earlier ventures, VerticalOne, that he met Chris Klaus, Founder and CEO of Kaneva. Rajan was the chief technology officer at VerticalOne and Chris Klaus was an early investor. What started out as a working relationship developed into a long and trusting friendship of over 14 years. “Raj is full of energy and ideas on how to grow businesses,” Klaus says. “He is always ready to share his knowledge and wisdom with anyone who needs it.” 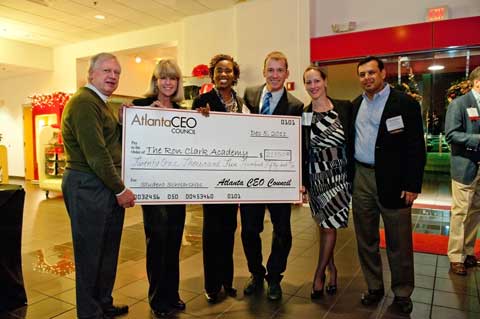 It is this spirit of sharing his knowledge that moved Raj to start the Atlanta CEO Council. The council is an organization of invited executives for the purpose of developing relationships, promoting entrepreneurship, and investing in the community. Since 1999, the council has served as an incubator and a launching pad for entrepreneurs.

Rajan, who enjoys connecting people, believes that people often lose out in networking because they approach it with the mindset of getting something right away. “If I know two people who, I believe, will benefit from working together, I will connect them with each other; and if their meeting turns fruitful, then it is a win-win for everyone. You have to think of relationships in long-term. You meet people at several networking events, you cannot always evaluate them based on what they have to offer to you at the moment. Sometimes, a friendship will result in business later on, but even if it doesn’t, it’s okay.”

While Rajan’s business acumen and technical knowledge are key strengths, what sets him apart is his personality. “Raj has a unique ability to relate to anybody and he inspires loyalty in the people around him,” says Dr. Jagdish Sheth, Charles H. Kellstadt Professor of Marketing at Emory University’s Goizueta Business School.

Sheth and Rajan have known each other for over 15 years and worked together in various professional and charitable organizations. Their most recent collaboration was a fundraising dinner for Akshaya Patra Foundation at the W Atlanta. The silent auction, hosted by Deepak Chopra, was a huge success, raising over $350,000 to help feed young children in India. “We started this fundraising event in 2011 and in our third year itself we have managed to raise this amount,” Sheth says. “A lot of that credit goes to Raj who strongly believes in giving back to the society.”

Rajan says he picks his charities like he picks his investments, based on ROI (return on investment). So what is his secret to picking successful investments? “I only invest in people with domain expertise and who have intellectual property; bright people who can invent something. Those are the kind of people that I tend to partner with. I am a little different from other venture capitalists who want a rounded management team. I only focus on the tech guys. I know how to build companies and that is not the more important aspect. It’s finding the right core, the right ingredient and the right product. Everything else is packaging.” 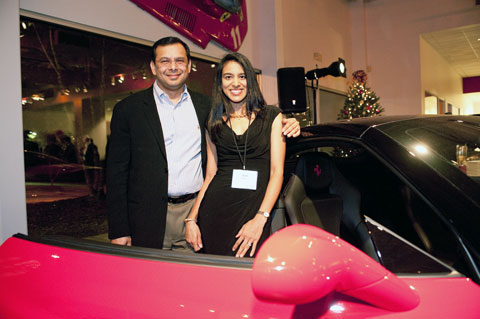 Left: With wife Ami at the fundraiser benefiting the Ron Clark Academy.

Having been an angel investor for 15 years now, Rajan has allowed his investing style to evolve. “When I first started out, I used to invest in good ideas and I did okay with that. Then I thought that I should focus on people with prior success, and that was a mistake. Just because you have been a successful entrepreneur once, doesn’t mean that you will do it again. In fact, in my experience, first time entrepreneurs are more willing to learn. Those were my freshman and sophomore years in investing. Then I started thinking about what I really enjoyed doing, and I enjoy innovative, game-changing technology.”

CTW Venture Partners is a natural step in the direction of cutting edge, game-changing technology. CTW takes its name very seriously, and works with entrepreneurs who can change the world and make a difference. In order to spend enough time with the companies that he takes on, Rajan limits himself to one or two a year. Some of CTW’s most recent ventures have been in the clean energy sector, reducing carbon levels and devising a cleaner way to burn diesel.

So how does Rajan, a devoted husband and father of three young kids, manage to accomplish so much? “I am a restless guy, I enjoy this fast pace of life, and I don’t look at it as work. If I tried slowing things down, I would just get bored,” he laughs.

He strongly believes in making things happen and ‘doing it now.’ “I don’t set aside a fixed number of hours to each aspect of my life. It’s dynamic; some weeks it’s TiE that needs to be my priority, and other times it may be a start-up I am investing in. You have to prioritize and make things happen.”