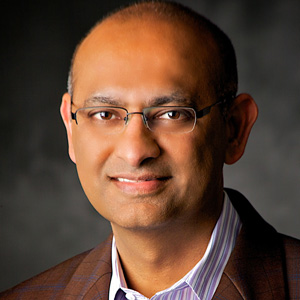 After an impressive track record as an investment advisor and wealth manager this former president of TiE-Atlanta and of the Atlanta High Tech CEO Council has taken on a bold new initiative in India.

Harish Mamtani has always done things his own way. At the start of his career in Atlanta, as a rookie, he was handed a phonebook at Merrill Lynch to make cold calls to get clients. He refused. “Let me try a different approach,” he told them, “and if I don’t meet my goals, fire me.” He engaged with the Indian-American and the technology communities to personalize the services to his clients and ended up bringing in assets ten times his goals.

When Mamtani came to the U.S. at the age of 14 and his father decided to return to India, he told his father he was not leaving. And when things didn’t work out with the only relative he knew in South Carolina, his father offered to send him a ticket home, but young Mamtani refused. He decided to make it on his own.

He admits it was hard. “Fifteen is a little young to be on your own. I wouldn’t advise it to anyone. And things could’ve gone very wrong. I had access to alcohol and drugs. But fortunately, I had my parents’ support and the values they had instilled in me.” He did what it took to survive—ran the night shift from 7 pm to 7 am at a motel for the first two years while attending high school during the day. After that ended, he lived in a trailer park and waited tables at restaurants. 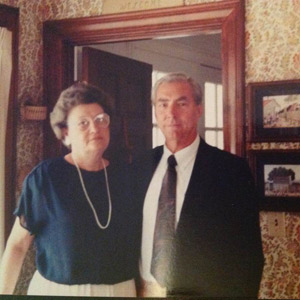 “They’re like my parents. To this day I have a room in their house,” says Harish Mamtani of his godparents, Mrs. & Mr. Allen L. Ray, who took him in when he was young and new in America.

Things changed for him after his friend Greg’s parents, Allen and Jo Ann Ray, asked him to move in with them. He credits the Ray family with not only helping him but also instilling the desire to help others, “They’re like my parents. To this day I have a room in their house. They’re a Christian family, but they never pushed religion on me. And they never expected me to do anything for them. They never asked me to cut the grass or do a chore.”

Mamtani went on to attend college and get a master’s in international business management from the University of South Carolina. After college, he followed the corporate track at the Bank of America Private Bank, Morgan Stanley, Merrill Lynch, and Price Waterhouse, and finally launched a business, Bluefish Capital, in 2005, advising high net-worth clients. He has since worked as an investment advisor to Gray Ghost Ventures, has been managing director and interim CEO of Indian School Finance Company, and in 2014 was elected to the board of TiE Global.

Throughout his career, he has continued to give back and is a strong supporter of nonprofits like Akshaya Patra and Raksha. He has served on the board of Venture Atlanta and as president of the Atlanta CEO Council, and was a charter member of TiE since 2005 and TiE-Atlanta president in 2007.

Mentoring young entrepreneurs is one of Mamtani’s passions. Ashish Mistry met Mamtani when he was 21 and says he has been lucky to have Mamtani as a mentor and a friend for well over a decade. Mistry runs BLH Venture Partners in Atlanta where he is an investor and adviser to young companies. What stood out to Mistry about Mamtani’s mentoring style was his “selflessness.” He consistently saw Mamtani put others’ concerns first, be it those he was mentoring, his clients, or now the students he is trying to serve in India.

Mamtani’s latest venture, SEED, is personal. Before they got married, he and his wife Rupal decided they would either adopt or help children in need instead of having their own. In March 2013, Mamtani walked into a school, “where the kids were sitting in a basement. This was summer time in Hyderabad. There were three classes being taught, with no walls and no fans.” He was shocked to see that they were teaching the same way as they had been over 30 years ago when he first left India. He couldn’t stop thinking about it and decided to help entrepreneurs who have been trying to build low-cost schools in India but do not have the experience and mechanisms to do it well.

And that is how SEED (Standard of Excellence in Education and Development) was born. Harish now spends half of his time in India looking after the operations for SEED, which currently has two schools in Hyderabad and serves 1,500 children. He says improving the standard of education is an issue for not just the poor but also the middle and higher classes, and not only for the developing markets but also for developed markets. He has chosen a hybrid business model that can be seen as a social business. He says there is room for NGOs in the mix, but that NGOs alone cannot scale to address the magnitude of the problem. “I want to pay market wages to the people who’re coming forward to run these schools. There’s such a fight for things in India that very few people will come forward to do it for goodwill. You can’t expect that. There’s a threshold below which the quality starts falling.” He observed that systems and solutions, especially in low-cost schools, were breaking down at the classroom level. “Very frequently, the teachers are willing and inspired, but can hardly do any good because they aren’t trained or their content is not good enough.” 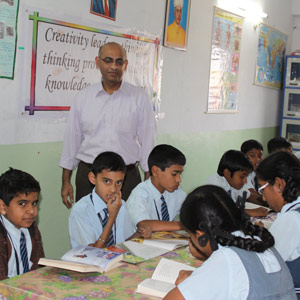 A far cry from wealth management in Atlanta, his prior career conquest, Mamtani took a plunge into improving low-cost education in India simply because he saw the immense need and opportunity, and because of his “stubborn” streak responsible for his belief that he can change things around if he applies himself.

Mamtani is banking on innovation to provide the quality when the resources are limited. SEED is developing a system and digital content to provide teachers lesson plans, and training them to deliver it effectively in the classroom. They are also training teachers to change the classroom culture by getting children to interact more in the class and question what is being presented. To develop the curriculum content, SEED has brought in teachers who have worked with Teach for India.

Their co-founder, Manish Kumar, an IIT graduate with a master’s from Georgia Tech, is struck by Mamtani’s unique team-oriented leadership style and how down to earth Mamtani is in the way he makes everyone around him feel comfortable. Mamtani is consciously infusing this part of his personality into the culture for his new venture.

“Our focus is to change the culture, how to treat the teachers, how to treat the kids. A lot of it is common sense. As a waiter, I loved it when people treated us well. It’s human nature. It makes a big difference when you treat everyone with respect.” Mamtani makes a point to extend this respect and encourages his school administration, students, teachers, and parents to do the same. He makes sure to wish everyone, even those who appear invisible to others, like the school ayah, good morning, and has noticed a significant change in the demeanor and attitude of those around him.

Unlike most investors and entrepreneurs, Mamtani contends that he does not have an exit strategy for SEED. “We just have an entry plan. We’ll keep building,” he says. He is confident about being able to scale up to more schools without compromising the quality of his team based on the resumes he is getting from graduates of top institutions, who he says are qualified to teach as well as handle operations. He is encouraged by the attention he has seen lowcost education in India garner from business people, private equity groups, individuals, and foundations in both India and the U.S. He practically gushes about the positive results from his pilot programs, including an improvement in test scores.

Mamtani’s goal is to scale up from the two schools they currently run to five more next year and then to 15. He has no intentions of taking on too many schools just for the sake of growth. He says, “As a startup company you do want to do things fast, but we can’t have any missteps here. This involves the lives of children.”

Time will tell how effective SEED’s approach will be in improving education in India but he has already found many supporters around the world, including the business community in Atlanta.

Dr. Jagdish Sheth, an award-winning professor and scholar who has written over 40 books and is known for both his business and community involvement, has known Mamtani since Mamtani moved to Atlanta. Dr. Sheth invested in SEED because to him what “matters most in investments is not the horse but the jockey riding the horse.” In Mamtani he finds “both the passion to serve and the administrative and financial acumen” to succeed.

Dr. Deepak Raghavan, the dynamic co-founder of Manhattan Associates who has gone on to earn a Ph.D. in astronomy and currently teaches at Georgia State University, describes Harish as someone who “works hard to do the right thing.” SEED aligns one of Raghavan’s family foundation’s key priorities, education, “with the right individual,” Mamtani, at the helm. “By building a team of passionate individuals who believe in the cause, and by creating curriculum and processes that can be leveraged across many schools, they are approaching the problem in the right way to make meaningful social impact.” Raghavan considers himself “an investor, supporter, and cheerleader for SEED.”

It is ironic that Mamtani came here as a teenager seduced by the American dream, stayed despite hardships, and achieved what he had hoped, only to return to India at the height of his career to tackle the complex issue of low-cost education. When asked why, Mamtani has a simple answer—plain old stubbornness. “Just as my stubbornness kept me here when I was young, it’s stubbornness now to think we can change things if we apply ourselves.”

Opening a library at one of SEED’s schools.