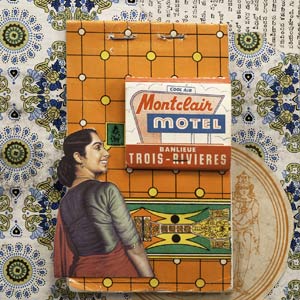 San Francisco-based artist Chiraag Bhakta (aka Pardon My Hindi) has had his work exhibited at prestigious institutions like the Smithsonian and the Whitney Museum of American Art. He talks to Khabar about, among other works, his Arch Motel project, which highlights the Indian-American imprint on the motel landscape in this country.

One thing that really stands out, for me at least, was your childhood—growing up with a motel as an essential part of your family business like that. Can you describe what that was like?
My dad came to the U.S. in late ’68 on a student visa. My mom came over about three years later. He got his Master’s in Philadelphia and became a chemist and worked as a chemist for quite some time after he graduated. He had one younger sibling and five older siblings and was expected to help. He wanted to bring his family over [from India]. He saved money and got a lot of financial help from the community as well. It was like a micro-loan system without any interest. My parents purchased a motel in New Jersey and over the years they slowly paid back all the people that helped them out. 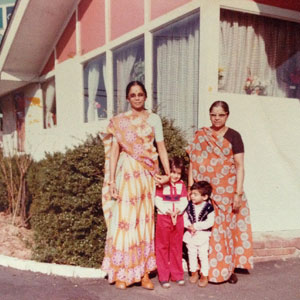 My parents’ story is just one example of these Gujarati communities that came over and did this. After he bought the motel it acted as a hub for the family to come over, to get acclimated to the American culture, learn about the business, running a motel, and then after a few years of living with us, my parents helped them get their own motel in another location in America.

My Arch Motel project recognizes my parents’ first entrepreneurial step in America and my first home; it’s named after that. It’s an honor to celebrate community and make sure that the story has been told. 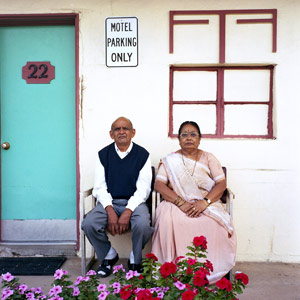 What were your summers like? Were you pretty much working at the motel?
I grew up in the motel until I was seven, just those early years of my life. We still had the motel, but we bought a house nearby and my parents got other family members to run the motel at that point. The summers were definitely filled with having to go make beds or do maintenance work or just learn about the motel business.

How did your move to art come about?
I was exposed to the arts through school, but also through cultural shows that we had in New Jersey. It got me thinking of exploring my own perspective in an artistic way, either through music or through visual form. I took some art classes in high school and just enjoyed it, and it just fell into visual art. I went to art school in Connecticut. 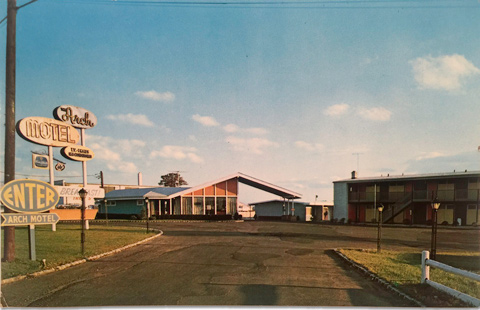 Your folks were fine with that?
I think at that point my parents were just really happy that I was into something and I was excelling in it. I wasn't sure what I wanted to focus on even in art school. My dad was pretty adamant on my doing graphic design because that was a profession that he heard of and he knew that was a lot more stable than, say, painting or illustration.

What funds me now is mostly corporate work—doing branding or design work for companies and then I take time off and work on my other stuff.

One of your projects is about Westerners doing yoga. Do you feel there is a little bit of cultural misappropriation going on?
Yeah. I wanted to showcase the project as one example of how a lot of things are created in the West, just using yoga as the vehicle to show how things are mined, repackaged, and then sold. I found it interesting how the West was rebranding a practice and a philosophy from another culture. It is fascinating from a branding standpoint as well. It’s interesting going back to India now and seeing how yoga is being sold there. Colonialism travels in weird ways. I’m just using yoga as one example to see that perspective. 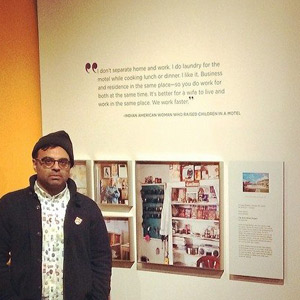 What is the one takeaway about your art that you would like readers to know?
I am realizing I am not Indian, I am American, and my art is defined by that special experience. For example, the Arch Motel project, it is quintessentially American, born of the experience I have had. I'm really trying to explore that first layer of American culture. I'm just exploring my own perspective, my own voice.