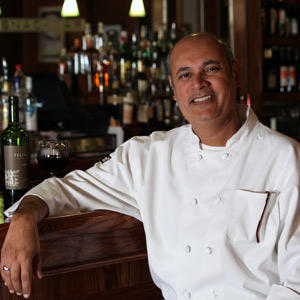 When Vishwesh Bhatt, with roots in Gujarat, abandoned biology for cooking, his switch yielded rich dividends. A James Beard Award nominee and the chef at the famous City Grocery Restaurant Group in Oxford, Mississippi, Bhatt has been winning accolades for dishes that fuse okra and beans from the American South with the rich flavors of India.

How did you go from studying biology to cooking?
I came here for graduate school and I started working in kitchens to make money, and realized I really enjoyed it. Sort of by chance, things opened up. I was asked if I would want to work more than a couple of nights. I said, ‘Sure.’ From there it just grew.

When you say you were working more than a couple of nights, what kind of work was that?
Initially, I was just doing some prep work in the kitchen, and then I was working the salad station making salads, and stuff like that, whatever needed to be done. There were a couple of things: One, I knew how to cook. I wasn't very good at it and never thought of doing it professionally. I grew up in a big family. My mom was a very good cook. I've always been around food. I understood how that worked. Even within the kitchen, I could see what else was going on, and quickly picked it up, and helped, if needed. To the folks who hired me, that was an added bonus. I clearly had an aptitude for it. I didn't know it at the time, but now, 25 years later, I can look back and tell that's what it was.

Coming back to Mississippi, what is the food scene like there?
In the last ten years especially, things have just exploded. People have traveled. People have eaten in other places. People see what's going on around them, in places like Atlanta, Nashville, New Orleans, not very far from here. People demand good food. It's been a lot of fun. We still have a long ways to go with a restaurant in a very small college town. There are now a lot more places that are trying to do things right.

How do you meld the Indian and the American South cultures in your food?
I knew how to season things a certain way. I liked my potatoes with cumin, for example. The first time I made potatoes here, I went, ‘Hey, why don't we add toasted crushed cumin in these mashed potatoes?’ To me, those flavors went together, and people accepted it. They'd say, ‘Oh well, this is really interesting. This is not how we would do it, but I see what you're saying.’ My mom, when she cooked green beans, she used sesame seeds. People use sesame seeds here in the South, it's part of the Southern staple. Green beans are also a Southern staple. They recognized both things. They're like, ‘Okay, we understand this. We may not necessarily do it this way, but okay. This is not something really weird.’

Did you come across people, saying, ‘Oh, it looks like it has an Indian touch, so it has to be spicy or hot.’ That seems like a very common misconception.
Yes. What I've said over the years, ‘Indian food is spicy. We use spices but it doesn't mean it's hot. There will be a lot of flavors. Spice does not equate to chilies. Some of it does, but not all of it.’ Also, because of our closeness to places like New Orleans, rooted in French Creole, people are used to having hot sausage or hot peppers to a degree, more so than, say, somebody in Ohio.

Has your family tried your cooking? What do they think?
It's a mixed reaction. Some of it they like. My dad is 84. That's not an excuse, because even when he was young, he liked what he liked. He's a fairly picky eater. He likes to eat; as long as it's vegetarian, he's game. While we're a very traditional Indian family, we're a little bit nontraditional in the sense that everybody in the family has traveled and lived other places. If we go out, we'll eat other stuff. Of course, we might come home and make food again, because we're not satisfied (laughs).

What would you say is your comfort food?
I absolutely love a nice hearty dal with onions and some ginger, and rice with some ghee. I also love carbs, a good spaghetti, or some mashed potatoes, fried chicken, and gravy.

A good old Southern boy...
Yeah. My favorite food is food that somebody cooks for me. It really doesn't matter what it is, because it doesn't happen very much. It doesn't have to be anything fancy. The good times I remember as a kid were sitting down at the table with family and friends and eating. Even to this day, I have the most fun when we have some food. We sit down at the table, whether it's friends, or family, and talk about things that people talk about every day. Food brings people together. 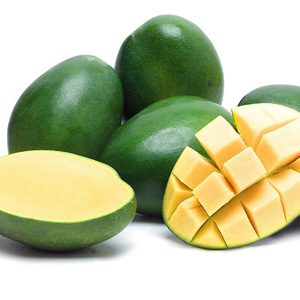 Whisk the lime juice, sugar, chaat masala, and mustard oil together until sugar is dissolved, and set aside.
Mix everything else together in a large bowl.
Pour the dressing over the slaw mix, season with salt and pepper as needed, and refrigerate for an hour before serving.