TalkTime: A Citizen of Literature 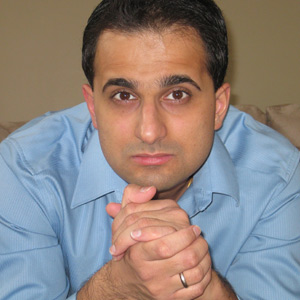 As a poet, novelist, and essayist, Amit Majmudar balances his love of the written word with his day job as a diagnostic nuclear radiologist. Widely published, his poems have appeared in The New Yorker, The Norton Introduction to Literature (11th edition), and Best of the Best American Poetry: 1988–2012. Majmudar, Ohio’s first Poet Laureate, has won the Donald Justice Award. His latest poetry collection is called Dothead.

You grew up in both India and the United States. When did you move to the United States? What was that transition like for you? Do you remember it?
I was born in the United States, then moved to India (Ahmedabad) for one and a half years when I was 8 years old, then moved back to the United States. So I remember all of it. I didn't like it much at the time, being unused to dust, crowding, cockroaches, lizards, and so on. But I look back on it fondly and consider it the most formative experience of my life. I picked up two languages and got in touch with my whole extended family. And the experience, ever after, kept me just alienated enough from both societies to trigger my emigration to the library. It is probably why I became a citizen of literature.

What made you take to poetry? When did you start writing?
I started writing when I was 11 or so. I started with spy thrillers. I came to poetry a little later, around 15 or so. I don't know what made me take to it, perhaps momentum from a past life. But I went at it pretty hard, that's for sure.

I have seen poets who labor over their work a lot, editing poems over and over again. What does the layperson not understand about how difficult it is to write poetry?
It is easy to write bad poetry even if you've edited it to death—that is, all the editing doesn't help, you're whipping a proverbial dead horse into shape. That is why it is so difficult to write good poetry. It’s hard to see your own work with clear cold eyes, like a stranger. I’ve been doing this for years and I still haven't mastered the simultaneous intimacy and estrangement from one’s own work necessary to ensure it reads as good as it feels to write.

How has your poetry evolved over the years since you first started writing it?
I suppose I've gotten more reader-friendly over the years. I used to write very long epic stuff which was difficult to understand, written in a very idiosyncratic style. Now my works are more publishable—that is, they conform to contemporary editorial notions of what a poem should be. I think they're actually better for that.

How do you balance your career as a nuclear radiologist, and fatherhood, and still find time to write?
I don't sleep much, and when I'm awake, I don't waste time.

What similarities do you see between the world of medicine and literature?
Empathy and careful observation are key in both. 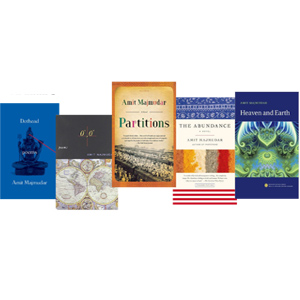 What advice would you give to an Indian-American kid about writing? Is there one measure of success? What should the definition of success be, according to you?
There is no one measure of success. Some seek sales and fame, others seek awards and praise. In both instances, you are competing for positive reinforcement from strangers (either the masses or elite literary cliques), based on their subjective reactions to word sequences, so maybe writing for a living is not the wisest job for a young person, or anyone.

I would tell an Indian-American kid to listen to Mummy and Pappa and yes, do well in school and get a job. Because even if you're talented, you can't trust these people to recognize your talent. And if you do write what the masses or cliques want to see, and you gain the rewards associated with pleasing one or both of those groups, what have you accomplished? What have you done but put out a product, either mass-marketed or niche-marketed? That's hitching your wagon not to a star but to fireflies. Provide for your family in some reliable way. Find a job that doesn't consume your whole day, and write in your free time.