TalkTime: A Delhi in Brooklyn 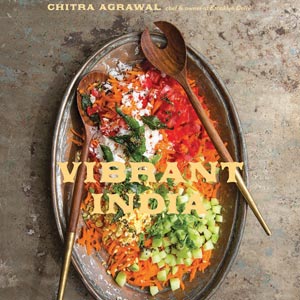 American-born Chitra Agrawal grew up eating Indian food, but it was only after she started cooking that she decided to document her recipes for posterity. As her food obsession grew, the New York-based entrepreneur quit her day job in marketing and launched Brooklyn Delhi, her line of all-natural achaars. With her business thriving, she’s come out with a cookbook.

How did you get interested in cooking? What was your motivation to make that the cornerstone of your business?
Cooking was always a part of the conversation in our home, growing up. My parents included my brother and me in their grocery shopping and cooking rituals from an early age and it just stuck. In 2009, I started documenting my family's recipes on my blog as a way to keep a record. Eventually, I started to make the recipes my own by incorporating local produce and ingredients I discovered while living in New York. I started to realize the importance of preserving these recipes and kind of made it my mission to learn as much as I could from my family members so the traditions would not fade away. As I continued to write, I was contacted to teach cooking classes and cater events. All the while I had a day job in marketing. One thing led to another and I was approached to write a cookbook. Around the same time, I also decided to launch Brooklyn Delhi and that was when I dove into food full-time.

How does your cooking borrow from different elements of Indian cooking and still make it uniquely yours?
Most of my recipes are based in the home cooking traditions of my family, but are heavily influenced by local produce. I'm a CSA [Community Supported Agriculture] member, so much of my blog's content was driven by the fruits and vegetables I would get in my farm share each week. Also growing up in Jersey and living in California and now New York City, I have been exposed to so many cuisines from around the world. I love blending these influences into my cooking. I have collaborated with chefs in the past to take this concept further. I hosted an Indian-Mexican supper club called Masala Loca and more recently an Indian-Chinese dinner series called Tangra.

What were your favorite childhood comfort foods?
Yogurt rice was definitely one of my favorites and is still up there for me. My mother's rice and saaru, my father's rajma and parathas. These are staples in my kitchen now that remind me of home. 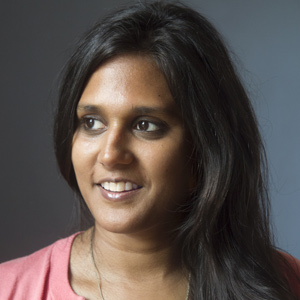 Why did you decide to launch Brooklyn Delhi, your line of achaars? How have they fared so far?
From a young age, I've always loved achaars! I would always bring back ones from family members and markets in India. When my stash would run out, though, I realized that many of the pickles found in the shops were super salty and didn't really taste homemade. I started making my own from produce from my local farm share using rhubarb, gooseberries, heirloom tomatoes, garlic, etc. I would serve these to my students at classes and guests at dinners and they were a hit. My husband, who is a food packaging designer, offered to design the packaging for me if I wanted to launch the line—and the rest is history. Last year, we were chosen as a featured local vendor with Whole Foods; this year, our products will be distributed throughout Canada. Slowly, but surely, we are spreading our products across the country and beyond.

How difficult is it to have your work stand out in a fairly crowded urban market like Brooklyn?
The funny thing is, the recipes I gravitate to are usually of the home cooking variety, many of which are not mainstream or found in restaurants. For instance, South Indian cooking is still somewhat unfamiliar to Americans, as well as achaar, but I feel compelled to teach people about some of these undiscovered foods.

What is your favorite recipe from your new cookbook? Why did you want to write one?
I love my fresh lettuce dosa wrap filled with potato palya and coconut chutney. That was a recipe I came up with for a pop up dinner I had hosted in the East Village. I partnered with Evolutionary Organics and at the time they had an abundance of butter lettuce which worked perfectly. I wanted to write the cookbook [Vibrant India: Fresh Vegetarian Recipes from Bangalore to Brooklyn] to teach people about South Indian cooking and at the same time preserve a bit of my family's history and traditions in a living document.

What first Indian food do you plan on introducing to your new baby?
Definitely a rice and dal mixture like pongal or khichdi.