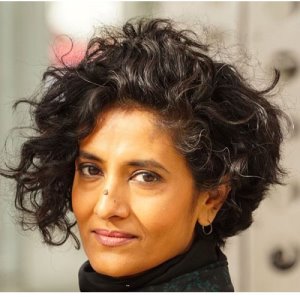 Somini Sengupta, the UN correspondent for The New York Times, observed India’s sociopolitical changes when she was the paper’s New Delhi bureau chief. In The End of Karma: Hope and Fury Among India’s Young, she writes about these shifts and discusses, through a series of portraits, the roadblocks India’s youth face as they push for the fulfilment of promises.

If you can think of one way the India of today is different from say, even twenty years ago, what would that one thing be?
India's youth bulge matters profoundly. Two-thirds of the population is under age 35, and with fertility rates falling sharply, India's share of young working-age citizens is more important than ever before, for India and the world. Indians under age 35 are the largest bloc of the electorate, which means that politicians have to address their demands at election time. The country has to create economic opportunities for those who are coming of age and joining the labor market each year— an estimated 10 million a year—all at a time when the world has made a compact to reduce carbon emissions for our collective future. Young people's demands are also forcing open new debates in law and social mores, from lesbian and gay rights to stiffening penalties against violence against women. 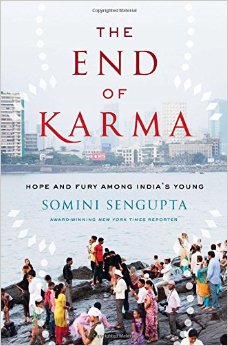 In your book you write, "India at noonday faces a tougher test: how to make democracy something other than topsoil." What do you mean by this statement?
Bhimrao Ambedkar perceptively described democracy as "top dressing" on Indian soil, which he said was deeply undemocratic because of caste (to caste, I would add sex). Young Indians born with one destiny are determined to make another. That's a product of 70 years of democracy. Now, India is being pushed from within to enable its young people to realize their dreams, with some semblance of equality of opportunity. Their demands come as inequality grows quite visibly.

You write, “After the Ram Janmabhoomi movement it became permissible to talk openly about a Hindu nation.” Recently prominent Muslim celebrities have spoken up about an atmosphere of intolerance. How does this threaten the concept of secular India?
The sentence [that you quote] describes what my generation of Indians told me about that pivotal moment. I wasn't there myself. Every country has to decide for itself what it means to be secular, and so secularism in France is different from secularism in the United States—and India, which has a long and remarkable history of incorporating so many traditions over hundreds of years, has found its own path as well. But today, many ordinary Indians I know, whether Muslim, Hindu, Sikh, or Christian, are repulsed when for instance, a man is murdered on suspicion of eating beef. It undermines the rule of law. It seems to have very little to do with faith. I am a Hindu, and I should be able to practice my faith in any modern, self-confident nation without feeling threatened or without threatening the life of others.

Prime Minister Modi rode this wave that followed in the wake of the Ram Janmabhoomi movement. How now does he do a balancing act to govern all of India and keep the far right constituents at bay if you will, and keep economic growth going?
Mr. Modi was decisively elected by a wide range of voters. His chief challenge, in my view, is to address the urgent needs of India's noonday generation: improve health and education so they can be productive, purposeful citizens, create economic opportunities for them, and demonstrate a commitment to rule of law, without which India cannot fulfill its potential. In a democracy, the right and left and all those in between should be able to express their points of view freely. But if lawbreakers are not held accountable, this undermines the very faith that Indian citizens have in the laws of their land.

What parts of India feel foreign to you now?
Milky tea. I still can't drink milky tea. Thank goodness for Barista and their excellent coffee!

The Facebook free speech story in the book is eyeopening. How do you see this playing out in the future as globalization increasingly delivers the world to young Indians’ doorsteps?
I'm so glad you found it revealing. The people in my book are mostly digital natives. They expect the law to allow them to speak freely. And now, as you've seen in the criticism of Facebook's offer of limited Internet access, they also expect Internet companies to enable them to access all of the Internet. I think free expression in the digital era could be one of the main battlegrounds for India in the coming years, and how India handles questions of censorship and net neutrality should be closely watched by others around the world.

You write that some people might think you emphasize only the stories of the marginalized in the book. Why did you decide to pick the people you did?
Because they are Indians, too, and I could have been any of them: the maid who uplifts her entire family, the stay-at-home-mom who helps here, the college girl who sings Miley Cyrus covers, the Delhi woman who follows her heart. Also, they are all remarkable in their own ways. They are determined, they show incredible resilience in the face of great odds, and above all, they embody great hope for the future of India.