COVID-19  In-depth info for Indians in Atlanta/Georgia. Click here
Home > Magazine > Features > Technology: What It Takes to Make It As an Entrepreneur

Technology: What It Takes to Make It As an Entrepreneur 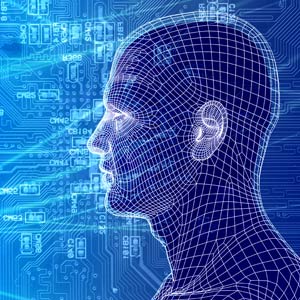 The reality of Silicon Valley has no connection to either Hollywood or Disney World.

A young male who was born to be an entrepreneur drops out from a computer-science program at a prestigious university. He meets a powerful venture capitalist who is so enamored with his idea that he gives him millions of dollars to build his technology. Then comes the multi-billion-dollar IPO.

That’s fantasy. Entrepreneurship is never that easy and the stereotype of the startup founder is not representative of the technology world. Yes, there are a few, such as Mark Zuckerberg and Bill Gates, who made it big. But they are the outliers—and they too don’t fit the stereotype. Here are six myths about what it actually takes to make it:

This sample doesn’t necessarily prove my point. But look at some of most successful entrepreneurs that we know: Mark Zuckerberg, Steve Jobs, Bill Gates, Jeff Bezos, Larry Page, Sergey Brin, and Jan Koum. They didn’t come from entrepreneurial families. Their parents were dentists, academics, lawyers, factory workers, or priests. I doubt they were writing business plans while in kindergarten or selling lemonade in grade school.

I know many ordinary entrepreneurs who also didn’t sell lemonade. I myself come from a family of government bureaucrats and teachers. I started mycareer as an I.T. professional and never dreamed of becoming an entrepreneur. But when I was 33, the opportunity presented itself to me to start a company that could impact the world. I made the leap and helped build a business that generated $120 million in annual revenue.

Silicon Valley luminary Steve Blank, who moderated my debate with Suster, adds another perspective. He says, “Change the external culture and environment, and entrepreneurship can bloom regardless of its source—nature or nurture.” He’s right. Entrepreneurship flourishes in places where people can learn from and inspire one another, such as Silicon Valley and New York City.

2. THE BEST ENTREPRENEURS ARE YOUNG. IF YOU’RE OVER 35, YOU’RE OVER THE HILL.
Silicon Valley investors openly tout their preference for younger entrepreneurs. One famous investor said, “People under 35 are the ones who make change happen … people over 45 basically die in terms of new ideas.”

My research teams documented that the average and median age of successful technology company founders when they started their companies had been 40. We learned that as many had been older than fifty as had been younger than twenty-five; twice as many had been over sixty as under twenty. Seventy percent were married when they launched their first business; an additional 5.2 percent were divorced, separated, or widowed. Sixty percent had had at least one child, and 43.5 percent had had two or more children. The Kauffman Foundation also researched the backgrounds of successful entrepreneurs and found similar results.

On a post on Quora, Jan Koum, the founder of WhatsApp—the most expensive technology acquisition ever—wrote: “I incorporated WhatsApp on the day of my 33rd birthday. I had no idea I only had 2 years left.”

Look closer at the technology industry, and you will realize that VCs who say that older entrepreneurs are over the hill are misguided. For example, Marc Benioff was 35 when he founded Salesforce.com and Reid Hoffman was 36 when he founded LinkedIn. Reed Hastings was 37 when he founded Netflix; Mark Pincus was 41 when he started Zynga. Pradeep Sindhu was 42 when he founded Juniper Networks and Irwin Jacobs was 52 when he founded Qualcomm.

3. DROPPING OUT IS THE WAY TO GO; EDUCATION IS MERELY A DISTRACTION.
PayPal billionaire Peter Thiel made headlines when he announced four years ago that he would pay students $100,000 to drop out of college. He wanted to prove that higher education is overpriced and unnecessary; that budding entrepreneurs are better off in building world-changing companies than in studying irrelevant courses in school.

His effort proved to be a dismal failure. Some Thiel startups received big media attention and adulation— such as one that announced it would be producing caffeine spray. But none were the successes that had been promised.

The Thiel Foundation quietly refocused its efforts on providing an alternative form of education to college dropouts, and several of its sponsored drop-outs returned to school. That’s because there is no substitute for education. Yes, there are good alternatives to universities, but entrepreneurs need to learn the basics of business and management in order to succeed.

Indeed, my research team found that, on average, companies founded by college graduates have twice the sales and employment of companies founded by people who hadn’t gone to college. What matters is that the entrepreneur completes a baseline of education; the field of education and ranking of the college don’t play a significant role in entrepreneurial success. Founder education reduces business failure rates and increases profits, sales and employment.

4. FEMALE ENTREPRENEURS DON’T HAVE WHAT IT TAKES TO CUT IT IN THE TECH WORLD.
Women-founded firms receive hardly any venture-capital investments; they are almost absent in high-level technology positions; they contribute to fewer than 5 percent of all I.T. patents and 1.2 percent of open-source software programs. This is despite the facts that girls now match boys in mathematical achievement; that 140 women enroll in higher education for every 100 men; and that women earn more than 50 percent of all bachelor’s and master’s degrees and nearly 50 percent of all doctorates in the United States.

Do female founders receive less VC backing because women are different? Not at all. Research by National Center for Women & Information Technology revealed that there are almost no differences in success factors between men and women company founders. Men and women are equally likely to have children at home when they start their businesses, though men are more likely to be married. Both sexes have exactly the same motivations; are of the same age when founding their startups; have similar levels of experience; and equally enjoy the startup culture.

It’s also not that women can’t cut it in the rough and tough business world. Women-led companies are more capital-efficient, and venture-backed companies run by a woman have 12 percent higher revenues, than others.

5. ENTREPRENEURSHIP REQUIRES VENTURE CAPITAL.
Many would-be entrepreneurs write business plans in the hope of finding a venture capitalist to invest in them, believing that, without this funding, they can’t start a company. And that view reflected reality a few years ago. Then, capital costs for technology were in the millions of dollars. But that is no longer the case.

A $500 laptop has more computing power today than Cray 2 supercomputers that cost $17.5 million in 1985. For storage, back then, you needed server farms and racks of hard disks, which cost hundreds of thousands of dollars and required air-conditioned data centers. Today, one can use cloud computing and cloud storage, costing practically nothing.

Sensors such as those in our smartphones cost tens of thousands of dollars a few years ago. Now they, too, cost a few dollars or cents. Entrepreneurs can build smartphone apps that act as medical assistants to detect disease; body sensors that monitor heart, brain, and body activity; and technologies to detect soil humidity and improve agriculture. And they can participate in the genomics revolution. It cost $100 million to sequence a full human genome a decade ago. It now costs $1,000. Genome data will soon be available on millions of people, and then billions—allowing entrepreneurs to research the causes of disease.

There are similar advances in robotics, artificial intelligence, 3D printing, and many other fields. These technologies, too, require no major capital outlays.

Venture capital follows innovation. If entrepreneurs build new technologies that customers need or love, money will come to them. They don’t need to wait for venture funding to start.

6. THE TECH WORLD IS FOR TECHIES.
A common belief is that startup CEOs need to be engineers. Bill Gates argues that liberal-arts degrees don’t correlate well with job creation and that the humanities should be defunded in favor of science, engineering, technology, and mathematics. In Silicon Valley, there is a general bias against liberal arts and humanities. It is very hard for an artist or an English or psychology major to break in.

But note what Steve Jobs said when he unveiled the iPad 2:  “It’s in Apple’s DNA that technology alone is not enough—it’s technology married with liberal arts, married with the humanities, that yields us the result that makes our heart sing, and nowhere is that more true than in these post-PC devices.”  He taught the world that, though good engineering is important, what matters the most is good design. It takes artists, musicians, and psychologists working side by side with engineers to build products as elegant as the iPad. You can teach artists how to use software and graphics tools, but it’s much harder to turn engineers into artists.

My research at Duke and Harvard looked into the educational backgrounds of 652 U.S.-born chief executive officers and heads of product engineering at 502 technology companies in 2008. We found that only 37 percent held degrees in engineering or computer technology, and that just two percent held them in mathematics. The rest had degrees in fields as diverse as business, accounting, finance, health care, and arts and the humanities.

Vivek Wadhwa (www.Wadhwa.com), a fellow at the Rock Center for Corporate Governance at Stanford University, is director of research at the Center for Entrepreneurship and Research Commercialization at Duke University’s engineering school, and is distinguished scholar at Singularity University and Emory University. This column also appeared in The Washington Post.