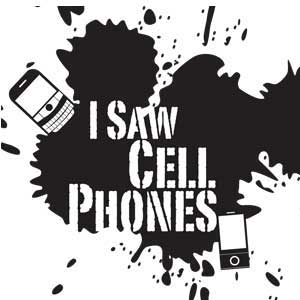 What’s there to say that’s not been said a thousand times before, about yet more bomb blasts in Mumbai? I have no interest in getting on the same treadmill of outrage and condemnation and argument that I’ve got on before, that you’ve already heard too often. Yet where does that leave us?

Back to the basics, that’s where. The bombs killed 20 people and injured over 100 more. Certainly these are smaller numbers than previous such atrocities have generated, but this was still a ghastly tragedy. That’s worth remembering, always. For me it’s worth remembering because something about how my city reacted this time left me disturbed.

In the past, I’ve tried to get to the scene as soon as possible: whether Delhi’s Sarojini Market one sweaty October, or Mumbai’s trains one rainy July (a previous July), or Gujarat’s killing fields one heated March. Yes, I want to see what happened. I want to see and learn about my country’s convulsions, not via TV or blogs or Twitter, but for myself, firsthand. And so I go.

I have been witness to how ordinary people turn out to help their fellow citizens. Scenes from that previous wet July night in Mumbai come to mind. Strangers queued quietly at a hospital to donate blood. People decided to direct the crazily gridlocked Mahim traffic, quickly getting it flowing again, if not quite smoothly. Slum residents set up tables on the roadside, offering samosas and water and even umbrellas to people trudging homeward in the rain. A kind of carpool system spontaneously evolved, putting dazed long-haul train commuters into even crowded cars to take them home.

These are things I saw and learned from. In times of hatred and killing, you’ll find humanity and compassion. Every time I remember that, it gives me hope.

This time, what I saw were cell phones.

On Wednesday, July 13, this year, I reached Dadar’s Kabutarkhana soon after a bomb killed nine fellow Mumbaiites there. The area around the bus-stop where the bomb had gone off was cordoned, with police patrolling it stiffly. This was a good thing, considering the wholesale chaos of previous blast scenes.

But then I saw them. Wandering through the crowds were too many young men intent on one thing and one thing only. With peculiarly self-satisfied smiles on their faces, they held cell phones high, shooting video nonstop. Video of the people milling about. Video of TV vans, of correspondents getting ready to file a report. Video of the police. Video, when the police later relaxed the cordon, of the mangled bus-stop.

The cell phone is now as common as shirts and sandals. While we see that as a vast improvement in the lives of Indians, its presence has turned many of us into phone jockeys, so focused on capturing meaningless images of tragedy that we forget the tragedy itself. This is the so-called citizens’ journalism that produced front-page shots and YouTube clips of the earliest moments of the blasts. Compelling to look at, sure. But here’s what I try to comprehend: instead of helping stricken men and women in those first moments, plenty of my fellow citizens were reaching for the Record button on their phones.

That night in Kabutarkhana, I struggled to sense what I had in times before: the compassion, the efficiency, the concern, even the outrage. Instead, there were these grinning yahoos holding up cell phones. And I couldn’t help wondering: is this a result of too many terrorist assaults? Or of the relatively minor nature of this one? Or is it just an unfortunate fallout of the age of cell phones that is resulting in a peculiar callousness towards others?

Whatever it is, what does it say for how we must react to terrorism? Is there a sense in which we have lost a capacity for outrage? Is that why the post-blast rhetoric itself sounds slightly forced? That itself is frightening.

It’s as if we can’t even find in ourselves the usual anger, as if we don’t even know who to be angry with. Maybe bomb blasts have turned into a vaudeville act, a spectacle, a tamasha. If so, I’m profoundly worried. The weak political will to truly fight terrorism is already bothersome. Marry it to an ebbing public outrage, to prowling cell phone video geeks, and you have a recipe for ever more terror attacks.

I mean, of course I’d like an end to such attacks: 20 dead, after all, is 20 too many dead. Yet what will bring an end to them? When we must negotiate through minefields of religion, politics, xenophobia and hatred, when we have some who would wipe out a faith or a country and others who see nothing beyond their cell phone screens, where does that leave us?

Back at the basics, that’s where. 20 dead. Never forget.

[A computer scientist by training, Dilip D’Souza now writes for his supper in Mumbai. His main interests are social and political issues in India.]