IndiaScope: The BJP Gets Bigger 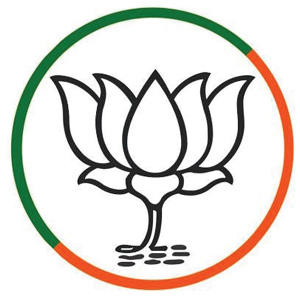 Following its impressive wins in some state elections, the BJP is firmly in charge. The growing support of Hindu voters—and, to a lesser extent, the slow disintegration of the Congress Party—benefitted the BJP for years. Now it shows new strength among the lower caste electorate. So, what does the saffron sweep across India portend for the country?

In the recent Indian Assembly elections in five states, the BJP closed stronger than even supporters predicted. It won two states outright, Uttarakhand, and the big prize, Uttar Pradesh. It was invited to form government in two more states, Goa and Manipur—an unexpected bonus. There is now only one national party in India, the BJP. The Congress, once the monopolizer of every election, the shaper of government in state and center, lies in shambles.

Coming a mere two years after the BJP and Prime Minister Modi’s big win in the 2014 national elections, there was some element of predictability this time. Modi’s popularity remained very high throughout the interim years, and detractors who predicted that the recent snafus with demonetization would tarnish both him and the party have been proven wrong. In fact, those whom the demonetization debacle affected the most—the poor and those without credit cards and multiple bank accounts—still defended the PM and agreed that his actions were indeed designed to root out corruption among the venal rich. Modi came out of the chapter not just unscathed, but strengthened. More important, this underlined the realignment of the poor (poor Hindus, to be precise) to the BJP. The Congress no longer had their allegiance.

In the decades after independence, the lower caste vote was the domain of the Congress. Since the ’70s, regional caste parties like the SSP and BSP rose to prominence, absorbing the large and stratified lower caste vote. In states like Uttar Pradesh and Bihar, these parties were formidable forces, either forming or influencing successive state governments. Mayawati and Mulayam Singh Yadav became household names because of their success and notoriety. But in the elections, there has been a lower caste realignment to the BJP. The importance of this cannot be overemphasized: where once the BJP fell short on votes—Hindu votes—because it was viewed as an upper caste party, today it has consolidated the Hindu vote like never before, effectively snatching away what the Congress and then the regional caste-based parties relied on. In Uttar Pradesh, their tremendous victory was built because of Dalit and Other Backward Caste (OBC) defection to the party. We now have an unabashed Hindu bloc vote in India, and this has significance into the future. Where once political scientists marveled at India’s “cross-cutting cleavages” and their ability to act as checks and balances on the emergence of deeper and irrevocable divisions within the populace (i.e., not all Hindus voted for a single party: significant numbers voted for caste-based parties, Left parties, etc.), these cleavages have now become “reinforcing cleavages” (i.e. most Hindus will predictably vote BJP regardless of caste, class, region, gender, etc.). And therefore, these new cleavages will grow deeper and become more problematic for democratic co-existence among the disparate groups.

The state elections also showed that the BJP has grown strong and smooth on its successes. It is nimble, ruthless, and unstoppable—all the things that the Congress was once accused of being. It did not get the largest number of seats in either Goa or Manipur; the Congress did. But because the BJP acted with speed and alacrity in cutting deals with the other parties and offering up goodies to gain their support, it was called upon to form government over the Congress, which seemed sluggish and mired in failed negotiations.

The BJP, then, has effectively married professionalism to nationalism and religious identity, making it an exceedingly strong political force. To those who are attracted by its “clean governance” and economic growth agenda, it offers this as its primary face. But it is going forward boldly on its Hindutva agenda as well, calculating that the votes gained by the naked appeal to Hindu identity will more than make up for those lost through this appeal. Endorsing Yogi Adityanath, a fiery, divisive Hindu-first politician for U.P. chief minister, underlines the BJP’s (and Modi’s) comfort with playing the Hindu card.

The loser in all this is India. For 70 years, India was able to maintain—against all odds—its secular democratic framework. In the end, it may not be the British who sowed the seeds for the disintegration of the Indian dream, but Indians themselves.