The Day Indira Gandhi Was Shot

India, in 1984, seemed to be on the brink as it lurched from crisis to crisis. There was an assault on the Golden Temple in Amritsar to flush out militants, Prime Minister Indira Gandhi was assassinated, and there were horrific attacks on Sikhs. Not to forget, Bhopal was struck by one of the worst industrial disasters in history. TINAZ PAVRI, professor of political science at Spelman College in Atlanta, looks back on one event in that tumultuous year.

In the shocking turmoil wrought by Indira Gandhi’s Emergency in the mid-1970s, Paps [my father] had lived through what had been every Parsi’s unspoken nightmare/fear since Independence: that an unstable India after the British left would crush and obliterate a minority that constituted point infinitesimal of India’s population and was protected precisely because of India’s secular democratic tradition.

With Paps by my side, I also saw Indira’s spectacular comeback in a landslide election in 1980. By then, cynicism about the opposition Janata party was rife. In hindsight, I think Indians might have been kinder to the first change of party that had occurred since Independence. It looked like the Janata politicians were unready and incompetent and, of course, they were hopelessly divided and not politically astute and made many, many rookie mistakes! And it didn’t help that none of them had the politicalpedigree, sophistication, and regal, unruffled air and easy command of Indira. But they had formed a party and won elections against the old Congress for the first time, establishing the road for an orderly change of power in the years to come, empowering poor and rich to vote with seriousness, effecting a path out of one-party rule—in the end a spectacular gift for India’s future.

In the ensuing years, I transitioned from Bombay Scottish School to St. Xavier’s College, that coveted place of my minor dreams, my meantime dreams—in the meantime, while I waited to go to America. I had set my sights on St. Xavier’s, alma mater to those who intuitively and implicitly understood and loved Bombay in the ways that I did, whose famed quadrangle framed by imposing, grey Gothic stone walls had encouraged and nurtured for hundreds of years the fragile dreams and yearnings for freedom of Bombay girls and boys. That this, like Bombay Scottish, had also been Mum’s alma mater, I brushed off as a small annoyance. As I battled Mum through those teenage years, my motto seemed to have become to never cede to my mother any semblance of victory on any level, ever.

So it was that I was in St. Xavier’s in 1984 when we got the news in the morning hours, shocking, unbelievable, that Indira had been shot. Conflicting rumors immediately swirled through the college: she had been shot by her bodyguards, she was dead, she was not dead, she had survived, the bullets had bounced off her…. Outside the grey stone walls a fearful hush had descended on the usually honking, screeching, teeming, toiling city. To the right of the college, the busy intersection outside Metro Cinema that was usually choked with traffic was empty. People’s faces belied grey anxiety as news spread of rioting and retaliation, shops rapidly downed shutters in anticipation of common-for-such-times stone-throwing (against what, against whom?), the trains stopped working (why?), and confusion reigned. As it became clear that it was not necessarily safe to attempt to go back home to suburban Santa Cruz (and indeed there was no easy way to get back without the trains), I panicked—and then thought of the one place, close-by, familiar, and dear where I went faithfully every week to talk and talk and laugh with happiness: to my cousins’ at Cusrow Baug, that most premier of the Bombay Parsi colonies.

So it was to Cusrow Baug that I turned on that stilled morning, not knowing, as four of us Xavierites managed to finally grab one of the dwindling number of taxis available for sharing, whether Indira really had been killed. The taxi driver added his own confused take on the situation, All India Radio had not made an official pronouncement yet, and the normally thronging roads were eerie and hushed. It was at times like this—rare, but real—that I was unsure of my country. Not sure if a mob could descend from nowhere to overturn our vehicle, not sure if someone would throw a flame or start a march, whether a morcha might turn into a violent frenzy and I, with my olive skin and strange religion, would become the target of a crazed attack. But on that day we saw no violence, no morchas had started yet, no sloganeering, just an uneasy quietude, a paucity of people and vehicles: on the face of it, Bombay as it might have been forty years ago when mummy would have held court at St. Xavier’s.

I held my breath until I was dropped off at the gates of Cusrow Baug, all of us watchful, saying little. I walked through the vast wood-and-iron entrance gates which I had never seen closed and which were that day wide open as usual, and entered the walled community. Here, unimaginative blocks of flats were set in rows along orderly streets livened by green lawns, gardens, and made distinctive by the lack of strewn garbage and dirt, hallmarks of any Bombay road. I thought again as I always did when I went to Cusrow Baug, of the Jews decades ago, living in just such communities, thinking that numbers meant strength and safety, only to find themselves extinguished in their homes and among their own when the Nazis descended.

No one had sought to exterminate the Parsis, of course; in fact, India had provided support and affection over centuries, and for this Parsis were always grateful. But I think this unspoken fear was surely one that every Parsi carried around while laughingly dismissing it in public. “Arre, no one will touch us, it would be too easy, yaar. Bas, in five minutes we would all be finished if they tried!” I walked faster, past the fire-temple, the agiary with its wide entrance adorned with godhas and farohars, the winged angels and man-bulls from our Persian past that we apparently liked to display equally around our necks and buildings. Rounding the last stretch of street, I saw Thrity Aunty hanging out of the flat’s window, white curls bobbing, waving me up with crazy swoops of her arms. As I entered the apartment, BBC World Service, turned up to deafening levels, was confirming that Indira was dead. 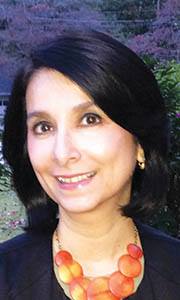 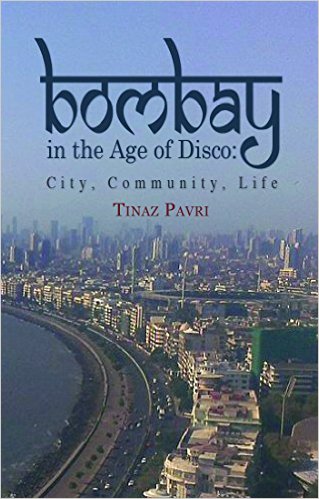 Excerpted with permission from Tinaz Pavri’s Bombay in the Age of Disco, published by University Press of North Georgia. Professor Pavri is the director of the Asian Studies Program at Spelman College, Atlanta.