The Sense of an Ending: Movie Review 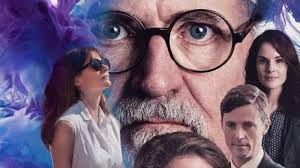 The Sense of an Ending is a movie that makes you contemplate and reflect upon your life…the kind you would want to see on a quiet Sunday afternoon as you are winding down your weekend, before you get sucked into the vortex of your job and chores. It’s the kind of movie that gives you a pause and makes you wonder if the memories you hold so dear are actually selective and distorted versions of reality.

The film is a mature, romantic drama based on Julian Barnes’ 2011 Man Booker Prize-winning novel by the same name, and therein lay the challenge for director Ritesh Batra, who won international recognition for his remarkable debut film, The Lunchbox. This is a rather complex and literary book and not the most easy to adapt. But armed with Nick Payne’s script and a stellar cast, Batra succeeds, almost to a fault, in translating the magic and the mystery of this story to the big screen. 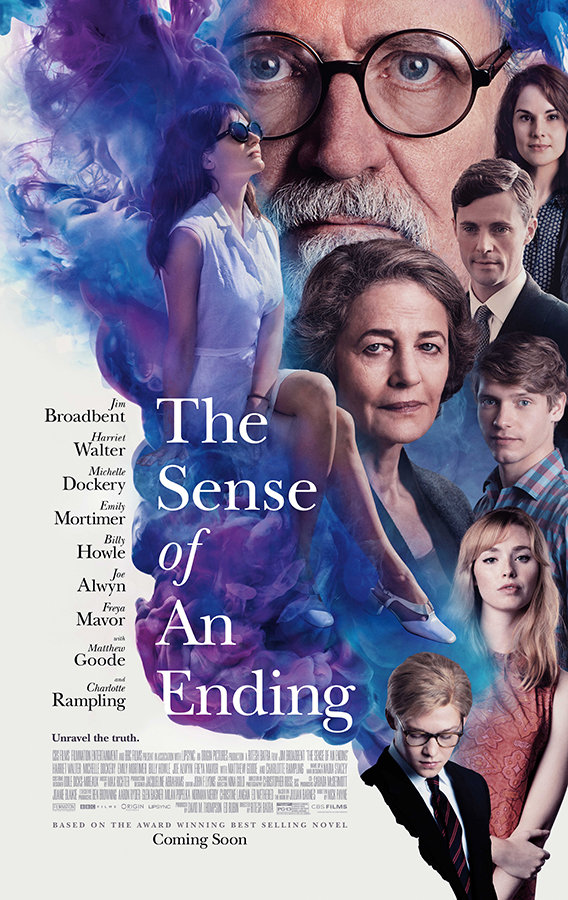 The story begins when the protagonist, a divorced, Leica camera shop owner, Tony Webster, poignantly portrayed by Academy Award-winning actor Jim Broadbent, receives a legal letter. In the letter, the deceased mother, Sarah, of an old girlfriend, Veronica, has willed him the diary of his close friend, Adrian Finn, who had died under mysterious circumstances. As Tony spirals down into his past through conversations with his ex-wife, Margaret, played by Harriet Walter, the film jumps back and forth between Tony’s past and present. Through a series of flashbacks, we find out about young Tony and Veronica’s failed relationship, enacted beautifully by Billy Howle and Freya Mavor. When Veronica ultimately falls for Tony’s friend, Adrian, played by Joe Alwyn, Tony severs ties with both of them, writing them a nasty letter that wishes them nothing but the worst. Now decades later, the bequeathed diary forces Tony to reexamine his actions as he struggles to understand why Adrian committed suicide and how his diary landed in the hands of Veronica’s mother. The mystery is resolved when Veronica finally agrees to meet with Tony. Charlotte Rampling is memorable as the older Veronica, and the scene where she stares Tony down coldly saying, “You just don’t get it, do you?” is undoubtedly the most powerful in the film.

The film has Batra’s classic directorial style stamped on it. It is refreshing to see how he lets his characters just be and allows them to move the story forward with no apparent rush. While this gives his audience the space and time to comprehend what’s going on, he does run the risk of losing some of them, especially those who don’t have the patience or the appreciation for details and nuances. This is not a film to be watched in a hurry. It is one to be relished like life itself, for all its mysterious revelations and shocking ironies.