Perspective: The world must live and work together again 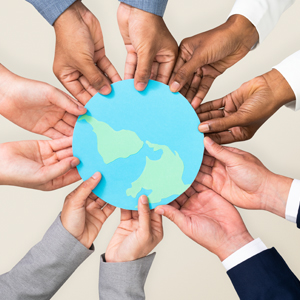 It started with a backlash against globalization that took two forms: economic and cultural. The economic backlash was straightforward. The poor and the unemployed in the developed world began to feel that they had no stake in the globalized system and demanded to know why their governments’ policies benefited people in faraway lands such as China and India with what used to be their jobs. They wanted to reduce the growing inequality in every “developed” economy and go back to the security of older, more familiar economic ways in which each generation assumed they would earn more and live better than their parents did.

The cultural backlash derived from the same resentment but expressed itself in a different arena: the political denunciation of global trade led to hostility towards foreigners, as more and more people sought the comforts of traditional identity and ways of life. Animated often by bitter working class and lower-middle class resentment of the global elites, the “masses” rejected the entire brew of liberal politics, cosmopolitans and technocrats, trade agreements, immigration, multiculturalism, and secularism in the name of cultural rootedness, religious or ethnic identity, and nationalist authenticity. Some saw the world as divided—in David Goodhart’s formulation—between the “somewheres” and the “anywheres:” the “anywheres” being people who are comfortable anywhere on the planet, flit from business-class lounge to five-star hotel, and join international gatherings, whereas the “somewheres” are rooted in one place, immersed in one religious culture, speak one language, and share one ethnicity.

Political leaders were quick to seize the opportunity to tap into both kinds of backlash against globalization. Populist leaders such as Donald Trump who rose to the presidency of the United States on the slogans of “America First,” “Make America Great Again,” and a host of others—from Jair Bolsonaro of Brazil and Recep Tayyip Erdo˘gan in Turkey to Viktor Orbán of Hungary and Narendra Modi of India—successfully persuaded their voters that they were more authentic embodiments of their nations than the allegedly rootless secular cosmopolitans they sought to displace. Others have been rising: from the Alternative für Deutschland in Germany and the Freedom Party of Austria to the Party for Freedom in the Netherlands and Marine Le Pen and Éric Zemmour in France—none of whom have won national elections but who came close enough to shift the national discourse. Together, such parties and leaders, combining nationalist fervor with popular prejudices, have made nationalism the default model of national self-definition. (And should we now, after Ukraine, anoint President Putin the Chairman of an oxymoronic “Nationalist International”?)

If these were trends that preceded the pandemic, they have, rather worryingly, accelerated over the course of the last two years. The Covid-19 pandemic confirmed, for many, that in times of crisis, people rely on their governments to shield them; that global supply chains are vulnerable to disruption; and that dependence on foreign countries for essential goods (such as pharmaceuticals, or even the ingredients that go into making them) could be fatal. Nations tried aggressively to acquire medicines, supplies, and vaccines for their own people at the expense of each other. There was a rush to reset global supply chains and raise trade barriers: the demand arose for more protectionism and “self-reliance.” The Russian invasion of Ukraine forced all of our countries to grapple with the limitations on state sovereignty, the credibility of the UN Charter, new disruptions of supplychains and trade, energy interdependence, and the future of warfare.

Ukraine and the pandemic have reminded us that much of what seemed to be knitting the world ever closer together—and which we, till recently, took for granted—was vulnerable. The world economy had thrived since globalization began in 1980 on an open system of free trade. That had already been shaken by the financial crash of 2008-09 and the American trade war with China. The novel coronavirus pandemic has exacerbated these challenges with estimates suggesting that nearly a third of global trade fell in 2020, though a gradual recovery trajectory is now starting to emerge. Now, the sanctions on Russia have severe-ly restricted trade, investment, and financial flows into and out of that country.

Covid-19 has also convinced many that foreigners are to be feared, that strict border and immigration controls are essential, that countries cannot always expect useful help from their neighbours and allies, and that national interests should trump international cooperation. Instead, the emphasis is on sovereignty, nationalism, and self-protection. The UN has every reason to worry about its continuing relevance, with its perceived inertia in preventing the war or even mitigating the invasion of the sovereign borders of one of its own member-states by another, a permanent member of the Security Council.

There is no doubt that the Covid-19 pandemic was a “mega-shock” to the global system. As sovereignties are reasserted across the world, and treaties and trade agreements increasingly questioned, multilateralism—the once taken-for-granted mantra of international co-operation—could be the next casualty. It was already in danger of being eroded before the pandemic: Britain withdrawing from the European Union (EU), America leaving the landmark Paris climate agreement, and President Trump pulling the United States out of the World Health Organization (WHO). Now, isolationist voices portray themselves as being vindicated.

WHO’s response to the outbreak, with its indulgence of the official Chinese line, points to the waning legitimacy of international institutions. Many of our global institutions and their agencies suffer from politicization, manipulation, as well as a lack of representation and independent leadership. Had global governance been working effectively, the world would have identified the coronavirus as soon as it had emerged; sounded a global alarm earlier about its dangers; and identified and publicized the best practices that should have been adopted by all countries to prevent or limit its spread. That this did not happen is a damning indictment of the state of our new world disorder.

The phenomenon of “deglobalization” has its regional implications too. Europe, once seen as a “poster child” for the virtues of regional integration, became the epitome of its limitations, since the “idea of Europe” crumbled quickly under the onslaught of the pandemic. The famous Schengen visa and the notion of border-free movement was the first casualty of Covid-19. The EU countries threw up the barriers at the first sign of the virus: it did not take them long to rediscover the disadvantages and limits of the very free movement of goods, services, capital, and people that they had sworn by for five decades. Early in the pandemic, Italy, the first major center of the Covid-19 crisis, was denied medical equipment by its EU neighbors who introduced export controls instead of extending solidarity to their fellow Europeans in distress.

Yet, it is clear that the sheer complexity and immeasurability of our interdependence requires more global governance, not less. Turning our backs on multilateral institutions at the first sign of weakness is unfortunate. In my 29 years at the United Nations, the key lesson I learned is that the world is a better place when countries engage in dialogue, when they have a forum to talk through the problems they share rather than resorting to tit-for-tat responses on issues they disagree on. In the post-Covid-19 world, unfortunately, countries are turning their backs on such forums in their desire to reduce their exposure to external dangers. External forces do not only represent threats; they also involve opportunities that visionary leaders should seize.

The only hope for the future lies in international solidarity. When the current pandemic is over, the globe must learn lessons about what happened, and how international systems and institutions can be strengthened and radically reformed in order to forestall its recurrence. The same can be said about the ongoing war and sanctions. Instead of strengthening the capacity of our global institutions to cope with a future crisis, the world’s reaction to the virus and the war may well end up destroying the most fundamental feature Covid-19 has exposed—the idea of our common humanity. We must not allow that to happen. We must learn to live and work together again.

Dr. Shashi Tharoor is a third-term MP for Thiruvananthapuram and an award-winning author of 22 books, most recently The Battle of Belonging (Aleph). He tweets @ShashiTharoor. This article was originally published in The Hindu. Re-printed with permission from Dr. Tharoor