Home > Magazine > Features > The Legacy of the America of Norman Rockwell

The Legacy of the America of Norman Rockwell 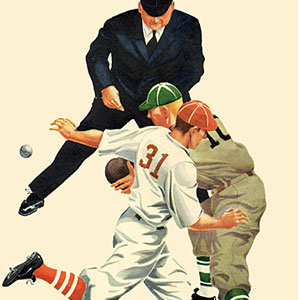 This month BILL FITZPATRICK muses about traditional American values and what he feels his generation’s influence has been on shaping them.

In the quiet of this South Carolina winter evening I am thinking about my dad, my daughter, and a baseball glove. I always took it for granted that Dad would want to play catch with me when I was young, that when he returned home from work he couldn’t wait to roll up his sleeves, grab his glove, and toss balls for me to catch. Decades later, my daughter Molly assumed the same. “Let’s play catch!” she’d exclaim, so I’d roll up my sleeves, grab my glove, and we’d head to the backyard.

“C’mon, you can do it,” I’d shout in encouragement. If she failed to catch my throw, she’d scream, “Dad, throw me another, just like that one!”

I am thinking about my dad, my daughter, and a baseball glove because I just read that over 40 percent of all new births in the United States are to unmarried moms.

Don’t our children need dads who will shout, “C’mon, you can do it!”?

My parents were part of the “Greatest Generation,” those men and women who experienced the Great Depression, sacrificed so much during World War II, and started their families in the 1950s. I am known as a “Baby Boomer,” one of the millions of children born to the Greatest Generation. We are the generation that inherited our parents’ pristine values of hard work and sacrifice, belief in God and country, and this is a brief and sometimes personal account of what we have done with our inheritance.

On a cold December morning in 1963, we exit our school bus, enter Holy Trinity Elementary School in Poughkeepsie, New York, walk single file to our classroom and find Sister Mary Williams sitting behind her wooden desk. She, alone, will teach our second grade class of 55 uniformed white kids.

“Open your religion book,” she says. “Today we are going to study the Ten Commandments.” The Ten Commandments were given by God to an earthly man, Moses, and in such words we find the tenets of the Christian religion. Today we learn that adultery is a sin and that we need to honor our parents. In our history class we learn that America is the most just and powerful nation on earth. We, the sons and daughters of immigrant families from Ireland, Poland, and Italy, take our notes.

The day is over so we march back to the school bus. I glance across the street to a drug store that Sister says we are never to visit. My friend, Patrick, tells me that the store sells Playboy magazine, but I am too young to know that this monthly periodical, and its glossy pictures of naked girls and arguments for a guilt-free lifestyle, is already chipping away at Sister’s lessons and America’s traditional values.

I show them my report card.

Dad tells me that I will end up in the “poor house” if I don’t get better grades. I don’t want to end up in the poor house. My parents and their friends sometimes talk about how humiliating it was for their Depression-era dads to admit they couldn’t find a job, couldn’t support their families, and were forced to accept government handouts.

My parents tell me that I can be anything I want to be if I work hard enough, and I believe them. I want to play center field like the great baseball player Mickey Mantle of the New York Yankees, or a writer and photographer for National Geographic magazine. 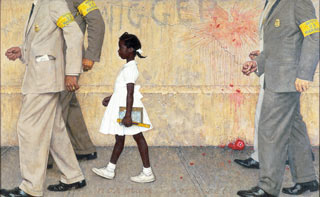 Norman Rockwell, the era’s most popular, prolific, and iconic artist, captures the wholesomeness of this America in his paintings, copies of which adorn the covers of national magazines such as Boys’ Life and The Saturday Evening Post. In the early 1960s, however, he begins to paint a different America. On the January, 1964, cover of Look magazine, for example, we see a painting of a young black girl, Ruby Bridges, being walked to school by United States Marshals. On the wall behind the young girl we see the word “nigger,” and the remnants of a tomato that someone had tossed. The painting is called “The Problem We All Live With.” 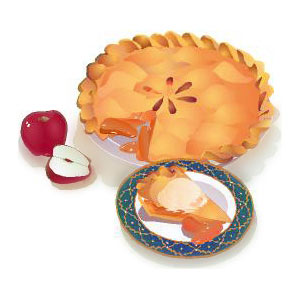 When my generation comes of age, blacks are in poverty, gays in closets, Hispanics in orchards, native-Indians on reservations, women in the kitchen. Due to restrictive immigration laws, passed out of America’s desire to maintain a white Protestant Christian culture, foreign born citizens constituted 7 percent of the population in 1970, down from 14.7 percent in 1910. The innocent and wholesome values of America, so well captured in the slogan “Mom, apple pie, and the girl next door,” seemed as dusty as the Benjamin Franklin adage, “A penny saved is a penny earned.”

Vietnam, the war that couldn’t be won and shouldn’t have been fought, further divided our country.

“It is your patriotic duty to fight,” the Greatest Generation said, but Baby Boomers shouted back at their own parents, “Make Love, Not War.”

According to the landmark book and study, The First Measured Century, An Illustrated Guide to Trends in America, 1900-2000, we learn that in 1900, 6 percent of 19-year-old unmarried white women had a “sexual experience.” In 1991 that number was 74 percent. In 1917, 1 percent of white women had a non-marital birth, while in 1997, the number was 26 percent. The counter-culture revolution was underway, and its range included trivial matters such as long hair, to the significant, such as sex without consequence and the use of recreational drugs. Much of the wisdom in the Ten Commandments was forgotten, replaced with slogans such as, “If it feels good, do it,” and “Do your own thing.”

It is 1972. We walk into my science class at Grissom High School in Huntsville, Alabama. A few of my classmates are talking, some are studying, and a few are sleeping. We have a substitute teacher who doesn’t know that we are in a “new system,” one where the student decides how much work to take on. If you wish to settle for a “C,” you “contract” with the teacher to read one book. To earn a “B,” you might read a book and complete a lab assignment.

The substitute jostles one of the sleeping boys, Lawrence.

“What are you doing?” Lawrence asks, annoyed at the interruption.

The entire class, the sons and daughters of NASA scientists, laughs.

When I hear we are “falling behind” the world in science, I remember my class at Grissom High School. When I hear our class sizes are too big, I remember that in the 1960s public schools had ratios of 30 students to one teacher. When I hear that there’s “something wrong with our teachers,” I don’t buy it. When I hear of Asian-Americans earning their way into the best schools and top-paying jobs, I’m delighted.

We will end our journey into traditional American values on two final notes. 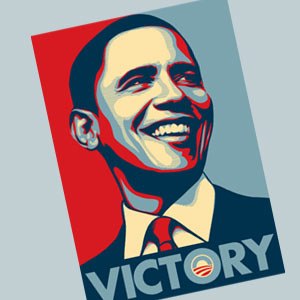 Remember the story of Ruby Bridges, the young girl in the Norman Rockwell painting entitled “The Problem We All Live With”? In the summer of 2011 she met with President Obama as that now iconic painting was hung on the wall outside of the Oval Office.

“I think it's fair to say that if it wasn't for you, I wouldn't be here today," he offered.

He was speaking to Ruby, but his words could also have been directed at quite a few Baby Boomers. If we have weakened some of America’s solid traditional values, in matters relating to inclusiveness and acceptance of different lifestyles, races, and religions, we have made positive contributions. Through charities we continue to write the check, through actions we continue to offer the hand, and it is in both we find America at her best. 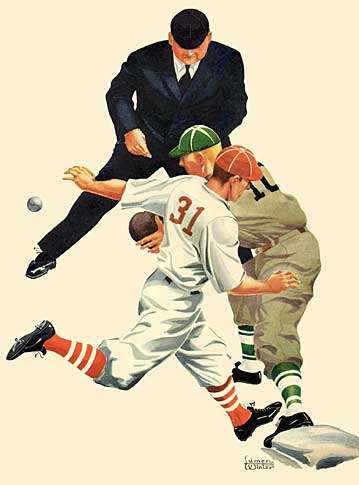 In the quiet of this South Carolina winter evening, I am again thinking about my dad and my daughter as I rummage around in my closet, looking for my baseball glove. This morning, I met with a local agency that is looking for “mentors” for our area’s fatherless kids, part of that 40 percent problem that got me so riled up, and I have volunteered. I haven’t played catch in a while, but I was told not to worry, because what the fatherless boys really need to hear is that most American of refrains, “C’mon, you can do it.” Thanks to my parents and teachers, I know I can say that.

Americana is a monthly column high lighting the cultural and historical nuances of this land through the rich story-telling of columnist Bill Fitzpatrick, author of the books, Bottoms Up, America and Destination: India, Destiny: Unknown.