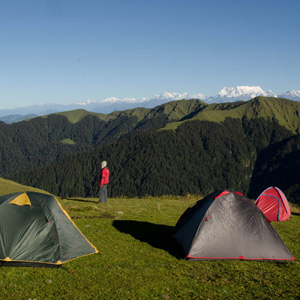 The Himalayas! Within their boundaries, from lush forests to frozen deserts, lies a tapestry of extraordinary mountain culture. It’s a wild region, sparsely populated, yet dynamic with a complex melting pot of languages, religious affinities, and ethnicities.

In appearance, and proximity, the Himalayas are changing. Human activities are modifying the topography and culture of this abode of snow. Across vast stretches of the Himalayas, regions that were once inaccessible are today conquered. The great Himalayan treks have changed since that historic conquest of Sir Edmund Hillary and Sherpa Tensing Norgay nearly 60 years ago.

Yet, to get a glimpse of these towering peaks, to meet with people who have lived in this region and to understand their way of life, there is no other way than to go to the Himalayas. It’s not all rough, hostile, and intimidating; rather, a visit to the Indian Himalayas will leave you richer for the experience of the sheer diversity of this region.

Here are five treks that are not only engaging, but could be transformational for the family as well as individual travelers.

Situated in Chamoli district of Garhwal Himalayas, Roopkund lies in the lap of the Trishuli massif. Remains of horses and human skeletons from the Paleolithic age are often seen around the region. Starting at Lohajung, the Roopkund trek passes through the lush, green Alpine meadows of Ali Bugyal and Bedni Bugyal and conifer forests blooming with rhododendron flowers. The vast meadows are grazing grounds for local shepherds. Winding through the Pindar River, it is possible to approach Hemkund via Shila Samundra glacier. The highlights of the trek are the view of Trishul, named so after the three-peaked trident of Lord Shiva, Nandagunti (named after Shiva’s consort), Ronti peak and panoramic views of other peaks such as Nilkanth (Jewel of Garhwal), Kedarnath, Sumeru, and Chaukamba. During the monsoon, the valley and meadows are a riot of color. The sacred flower Brahma Kamal (Saussurea obvallata) blooms here at an altitude of 14,000 ft. The lake at Bedni is considered auspicious; indeed, the entire region is imbued with religious significance.

The sacred festivity of Nanda Devi Raj Jat takes place once in 12 years to worship the Goddess Nanda and attracts thousands of pilgrims. The yatra (pilgrimage) is held during the months of August and September, beginning from the village of Nauti near Karnaprayag and progressing from Roopkund to Hemkund. If you plan your trek during this time, you could get to participate in this traditional festival. 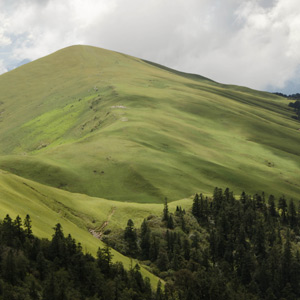 Located at the base of Fateh Parvat, the trek is an easy gradient surrounded by dense pine forests and glittering mountain peaks. Owing to its vantage geographic location and vegetation, it is a paradise for bird watchers. Trees that can be seen along the trek include chestnut, walnut, willow, and chinar trees. One stretch of the trek in the valley offers the panoramic vista of terraced mountain fields, lush green grassy patches, and thick conifer forests.

The valley of Har ki Dun is situated within the jurisdiction of Govind National Park, giving an insight into the stunning variety of wildlife present in the Himalayas. Trekking here offers an opportunity to see musk deer, Indian porcupine, Himalayan brown bear, Himalayan snow cock, Golden eagle, parakeets, and many other endemic flora and fauna. If you plan your trek during April and May, the rhododendron trees and wild Himalayan flowers are a delightful sight. Several species of flowers including lilies, primulas, orchids, blue poppy, anemonies, and potentillas are found during the brilliant summers. The high altitude flower Brahma Kamal or Saussurea obvallata can be found blooming close to Har ki Dun.

Har ki Dun is the abode of several streams and rivers. During the trek, you will witness the source of the Karmanasha stream which graciously flows to meet the Obragaad stream beneath the village of Sankri. The streams become into the River Supin which proceeds to merge with the sparkling Rupin River, that flows from the state of Himachal Pradesh. At Netwar, the Rupin and Supin combine as the Toni River, which is a major tributary of the legendary Yamuna.

Taking a stroll in the most breathtaking landscapes, surrounded by Mount Swargarohini,, Kalanag, Fateh Parvat and Bandarpoonch, is a life altering experience for every visitor.

The stilt houses of the Garhwali tribes, constructed from pine and stones and built on high altitude mountain ridges, offer a fascinating insight into indigenous architecture. 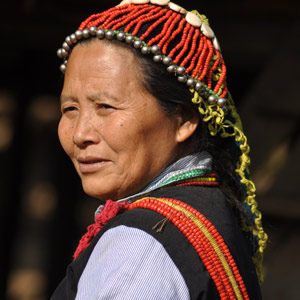 In the surroundings of India’s biodiversity-rich Namdapha National Park, the trek meanders along the two main rivers, Nao-Dehing and the Namdapha. Several other rivulets are seen as the trek moves up towards the peak.

Namdapha’s altitude ranges from a mere 200 m in the plains to a lofty 4,570 m (Dapha Bum peak) in the easternmost tip of the Himalayas, providing an impressive altitudinal range. This, coupled with its massive size—about 2000 sq km—makes this reserve one of the most biodiverse areas in the world. It is probably the only place in the world that is at once home to the tiger, leopard, clouded leopard, and the snow leopard. Namdapha is also a birding paradise with more than 400 species, some found only in this part of India.

The reserve has several microhabitats and each supports its own wildlife specialties. River banks like Nao-Dehing and Namdapha are great places to spot butterflies and moths, and the critically endangered hoolock gibbons, India’s only ape.

One can visit the indigenous tribal villages of Lisu and Chakma located inside the park. The single bamboo bridges constructed by the tribals are the only way to cross swift flowing streams inside the park. They live in stilt houses made of wood, practice unique customs, and speak a unique language. 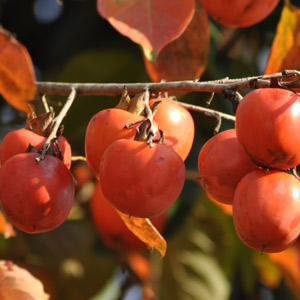 Kagbhushandi Tal is a sacred lake at an altitude of 4730 m, near Kankul Pass (4960 m), in the high Himalayan region of Uttarakhand. This small oblong lake—almost 1 km in length—cradled at the bottom of Hathi Parvat, is an explosion of technicolor. Its water is a striking emerald green and its banks are overrun by blooms in a riot of hues—pink, mauve, orange, purple, periwinkle blue, crimson, ochre, rust, and greens. The myriad blossoms carpeting the banks of the lake in summer gladden the heart of the most exhausted trekker. The area comes under the Nanda Devi Biosphere Reserve, a U.N. World Heritage Site for natural diversity.

The beautiful lake can be approached either from Bhyundar village, near Ghangria, or from Govind Ghat/Vishnu Prayag (which is also the starting point for the Valley of Flowers and Lokpal-Hemkund Sahib Trek). The trek from Bhyundar passes through thick bear-infested forests and stretches of stinging nettles. This trek route is notable for its large shrubs, rivers, glaciers, passes, moraines, and slippery rocky terrain.

Above the Kagbhushandi Lake are two huge irregularly shaped rocks perched on the spur of the Hathi Parvat. According to local folklore, they are the Kaga (crow) and Garuda (eagle) engaged in a heated discussion on the affairs of the universe. Yet another version has it that the crow is actually a learned Brahmin from Ayodhya who was unfortunate enough to incur the wrath of the sage Lomasha who lived near the lake; the Brahmin was cursed by the sage and turned into a crow. 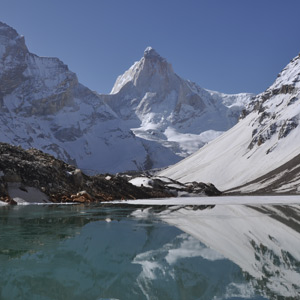 Trekking to the source of Ganga and onwards to the beautiful high altitude Kedar Tal Lake is a spiritual experience for the mind, body, and soul. The lake is fed by the Kedar glacier and is the life source of the river Kedarganga, a tributary of the Bhagirathi. Along with beautiful flora, the high altitude fauna includes bharal (blue sheep), goral, Himalayan black bear, and brown bear and an incredible diversity of Himalayan bird species.

The Alpine meadows at Kedar Tal are a great camping spot. The view of Thalay Sagar, Bhrigupanth peak, and Jogin peak is a feast for the eyes. The vistas of mountains at dawn leave even the well-traveled visitor spellbound. The Kedar Tal Lake is frozen in winter and home to several species of water birds. Camping next to the lake and beholding the reflections of peaks in the waters is an experience to cherish for a lifetime.

Bhaskar Krishnamurthy, an explorer and Fulbright scholar, is the founder of clicabroad.org, a social empowerment platform for communities living in the hinterlands. Vishwanath Dugganahalli, an avid trekker, leads enthusiasts on adventure expeditions through his company (www.summiters.net).