Travel: Soak, Sip, and Be Spirited Away: a Sri Lankan Odyssey! 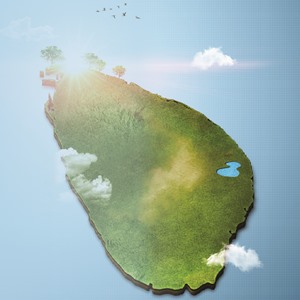 The long years of civil war and the destruction wrought by a rampaging tsunami haven’t dampened the spirit of Sri Lanka. Bouncing back from these tragedies, the island nation is now on a roll, embracing renewal and growth with vigor and determination. Even as its cities reflect the pulse of modernity, discovers the author, the natural beauty of this jewel in the Indian Ocean remains as serene and brilliant as ever—balm for the weary soul.

For long, the Sri Lanka that we knew through Indian mythological stories was the land of Ravana and the one that Hanuman set fire to by using his burning tail. In the late 20th century, nearly 25 years of brutal civil war changed the narration and course of the island nation. Then in 2004, a devastating tsunami punctured the heart and soul of Sri Lanka. Emerging out of such colossal destruction, the last decade for this tiny country has been a path to rejuvenation and reclaiming its lost spirit.

From the air, Sri Lanka, to the Indian traveler, is strongly reminiscent of Goa—red earth, tropical greenery, and tiled roofs blackening in the sea air. The ocean, though, looks much bluer than I have seen around Goa. On land, my visit spanned a range of memorable, warm experiences—cultural effervescence, picturesque national parks, verdant tea gardens, unspoiled white beaches, and joyous people. In the midst of a changeover and strengthening its global importance, Sri Lanka does have teething problems with infrastructure, economy, etc. Tourism helps significantly to boost its national revenues, and the people are ready to play an engaging role in it. Today, it is a race for growth in this land of seductive beauty, with a much cleaner and well-ordered approach to overall development.


Emerging from the capital city of Colombo’s swanky airport, I’m struck by déjà vu. Am I back in Chennai? Certainly, the sound of Indian tunes lilting in the humid air contributes to this sense of familiarity. I am soon to correct that fleeting first impression. Unlike Chennai, the restless young Colombo of today is jettisoning old ways of living to embrace 21st century modernization. I step out into chaotic traffic—some things never change in South Asia!—and bustling side streets, ancient colonial buildings cheek by jowl with modern architecture, classy cafés and restaurants, heritage museums, and ancient Buddhist temples. Colombo today has a visual aura of Dutch, Portuguese, and British culture, an overlay of colonial history nearly a thousand years after Arab seafarers discovered the island. Café culture is big in Colombo and every corner has a charming eatery. It is colorful, laid-back, and local enterprise at its best. Cricket, of course, is an extension of everyday life during the daytime. Come evening, locals and visitors come out to relish street food and soak in the colors of a fiery orange, pink, and red sky, a spectacular daily show when the sun dips into the ocean. 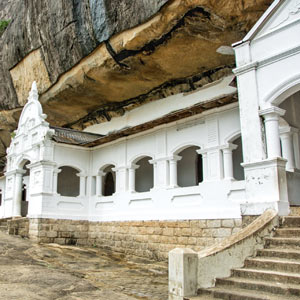 A four-hour drive on a two-lane highway north of Colombo passes through small towns, green rice fields, swathes of jungle foliage, and occasional lakes. Two hundred kilometers away is the historic city of Anuradhapura, Sri Lanka’s capital from the 3rd century BC to 993AD. Popularly referred to as ‘the King’s land’ or the cultural triangle, the historic cities of Polonnaruwa, Sigiriya, and Dambulla, all of them independently UNESCO World Heritage Sites, encompass the historic heartland of Sri Lanka. Much as in Emperor Ashoka’s reign in India, rulers of the era built architectural edifices: rock fortresses, grand structures, intricate sculptures, and grand water ways. Equally, they were patrons of art, culture, and literature. In addition, em- bracing Buddhism, they built monasteries hidden in dense forests in the central land. 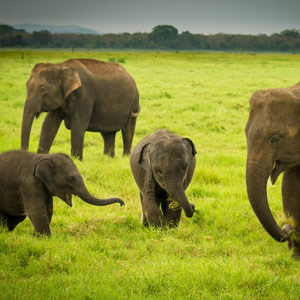 Isolated from the mainland, Sri Lanka’s geography is unique for wildlife, and the leopard is their apex predator. I personally have a penchant for the elephants that are Sri Lanka’s pride, though the government doesn’t have a good history of protecting them from poachers. Two diagonal monsoons shower the island vegetation, supporting a wide variety of ecosystems and biodiversity, an extension of India’s revered Western Ghats. On a visit to the Minneriya National Park within the cultural triangle, I am at the heart of elephant country, a natural corridor connecting Kaudulla and Wasgamuwa National Parks. On the banks of an ancient reservoir built over 1,700 years ago, elephants come for a ‘gathering,’ a stunning wildlife spectacle. I wasn’t disappointed, as I could see herds of elephants.

Tea plays a significant part in shaping Sri Lankan cultural traditions. The Bogawantalawa Valley in the center of the country is a tea wonderland. It was not always like that! Sri Lanka was a coffee connoisseur’s world until it all changed in the 1860s when a fungus wiped out much of the coffee plantations. An enterprising Scotsman (who else could it be?) imported tea bushes from China and India, and the rest, as they say, is history. Today, the Dilmah Tea Company exports the fine Broken Orange Pekoe, English Breakfast, and a host of teas flavored with exotic fruits ranging from blueberry to passion fruit, that are sought after from Botswana to Brisbane, and Vancouver to Valencia. Old British bungalows, formerly inhabited by colonial plantation owners, now function as tourist resorts. Surrounded by misty lakes and tranquil woods, they offer endless stretch of trails along 150-year-old tea bushes. At 1,500 meters from the sea, sipping tea in solitude is a transcendental experience.

Similar to Goa of the 1970s, Hikkaduwa was a hippie hangout at the southernmost tip of the island. During the height of the civil war, Hikkaduwa was one of our planet’s great locations for watching the enigmatic blue whale and the leatherback sea turtle, a destination for unregulated eccentric travelers who cared less for the environment. The coral reefs off the shores were trampled and the marine life destroyed. The tsunami that followed was catastrophic but helped to heal and revive.

Hikkaduwa today is rebuilt and as everything else around Sri Lanka, the little town at the bottom of the equator is bouncing back with pride and great responsibility. Hikkaduwa is the perfect place for a slowdown. Once you step on the beach, there is nothing else to separate you from the endless sea. The easy, laidback town is accessible by bicycle and tuktuk. Restaurants are less crowded, the people warm and friendly. With patience, you might catch a glimpse of the leatherback turtle ambling on the beach, and on a lucky day, if you hop on a boat, a blue whale may bless you with a magical sighting. It is a meditative experience to simply watch the surfers tackle the big waves and be inspired by the relationship of man and nature. As the sun dips into the horizon, nights are cool and the shacks offer a lively environment.

Sri Lanka is a hidden gem that was caught in a web of unfavorable events in history. Today as it embraces the new, it surprises, seduces, and captivates the heart and mind. Like bookends on a shelf, between the food, culture, wellness, and natural beauty, the people of this island make your visit enriching and memorable with their warmth and politeness.

Bhaskar Krishnamurthy is a widely published travel journalist, an explorer, and a Fulbright scholar.
He is the founder of clicabroad.org, a social empowerment platform for communities living in the hinterlands.