Waiting for the Tooth Fairy 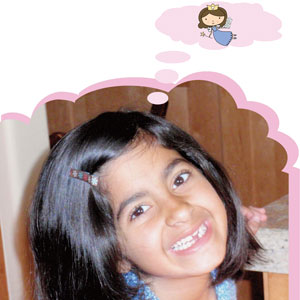 About two years ago is when my daughter’s little friends began to lose their teeth and we began the waiting, agonizing, questioning, traumatizing over the tooth fairy. For two years my daughter and I have been practicing the art of patience, being kind and complimentary to the other kids when they lost their teeth, sharing in their joy and excitement and looking wistfully after them as they went to tell the others; I, giving her hand a little squeeze and telling her that her turn would come soon enough.

Who knew that losing your first tooth was such a rite of passage? I have absolutely zero memory of losing my first tooth. But as we parents have come to understand, when something is monumental in your child’s life, no matter how insignificant it may be in the real world, it becomes monumental to us.

It began quite benignly. Malaina barely noticed when her first friend lost her tooth. She had heard of the tooth fairy from a distant friend in school. It was something that would happen to her one day and she felt no sense of urgency. But as three or four friends began to lose their teeth, , my daughter began to take notice. She would try to wiggle her incredibly immobile teeth. I tried to counsel her gently. “Malaina, you will definitely lose your teeth one day. Why are you in such a hurry? It will happen when it’s supposed to happen.”

In April of that year, my daughter decided to ask the dentist when she would lose her first tooth. Of course! The dentist would know! She was excited to go to her appointment. Finally, she would finally know the timeline. But when the time came she couldn’t get the nerve up to start her question. So I chimed in. “Dr. Vakili, Malaina would like to know when she might expect to lose her first tooth?” I then nudged the doctor gently and winked, hoping this would send a message that we were dealing with a sensitive topic. I assumed our dentist d would have a wonderfully kind, insightful response to a question surely heard many times before. What we got instead was, “Well, definitely not for at least another year. Those teeth are lodged in and I wouldn’t expect anything to happen anytime soon.” Malaina had a shocked look on her face and tried not to cry. In the car I said, “Listen dear, losing your teeth is not that big of a deal. Some people lose their teeth first; other people do other things first. It’s just the way things happen and you shouldn’t be too concerned about it. It will happen.”

We spent the summer away from all her friends and she practically forgot about the whole issue. She was too busy reading, swimming, biking, and enjoying her grandparents to be too concerned about anything else.

But then she entered first grade. Her new first grade teacher, Ms. Rita, was larger than life and Malaina was immediately her biggest fan. Unfortunately, In Ms. Rita’s class, when a child lost a tooth, he or she got to put their name up on the board and put stars beside it representing how many teeth they had lost. Many kids brought their first teeth to school to share. My daughter belongs to a small first grade —only fifteen children— so when one lost a tooth the whole class gathered around to see which tooth, to hear the unbelievable story of how it was lost, and to hear how much the tooth fairy left.

And yet, not one tooth in that child’s mouth would move. We had now entered a phase of hopelessness. “Mommy, I don’t think I will ever lose my teeth,” she would tell me as we drove to school in the mornings. I would try to make light of the situation. “You think you’re just going to grow up with all those baby teeth staying in your mouth?” Soon enough, every single child in her first grade class had lost a tooth except for her. We had reached a point of complete desperation. It was a nightly topic. There were tears. There was drama. As we walked into school each day she would smile so sweetly and hug her latest friend to lose a tooth. Then she would look up at me forlornly with those big brown eyes. I genuinely felt her pain even if it was all overlosing a tooth.

One morning, on the way to school she asked me the question I had been waiting for. “Mommy, when did you lose your first tooth?” Oh, I was prepared. “:Second grade.”. An outright, bold-faced lie. What parent wouldn’t have done the exact same thing?

Just as things couldn’t possibly begin to get any worse, the tide began to shift. We had a wiggle. Discovered at school, she told Ms. Rita that her mommy probably wouldn’t believe her. Well, in my defense ?we had had a lot of false starts. But this one was definitely wiggly. Oh, how encouraging! She would wiggle, wiggle, wiggle that tooth morning, noon and night. For three whole months that poor girl just wiggled that tooth. And it just wouldn’t come out. Three months is a very long time in the life of a 6- year-old. Also long in the life of a 6-year-old’s mother.

Finally, one day, I suddenly heard a blood curdling scream in what were still the wee hours of the morning. “MAMA!! MAMA!! MAMA!!” I raced upstairs in terror to be met by my gorgeous daughter, grinning ear to ear, with a hole in her upper teeth, and a beautiful, bloody tooth in her hand. The pure joy in that one moment when we looked directly at each other is indescribable. The entire family began screaming and jumping up and down. Lots of tears were shed (mostly by her mom), and lots of hugs were shared.

She went to school that morning with the hugest smile on her face. And everyone noticed. She was the star of her little class. Every single one of those adorable toothless 6- year-olds was absolutely thrilled for her. She proudly put her name up on the board with the others and excitedly told her story of how she lost her tooth. I smiled all day and told every person I met that my daughter had lost her first tooth. After all, I had endured the entire ordeal with her.

The tooth fairy finally arrived that night. She gave Malaina five dollars—an exorbitant amount for her first tooth. But what else could she do? She had been unbelievably late.