What Does Obama’s Second Term Hold for Immigration Reform? 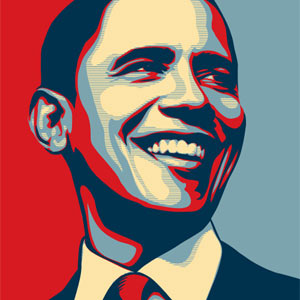 Like Latinos, South Asians, who are predominantly foreign-born, are amongst those most affected by immigration reform. PRIYA MURTHY, a strategic policy advisor, weighs in on what the second term of the Obama presidency could mean for this significant issue.

Throughout 2012, organizations across the country delved into intensive voter registration and education efforts to mobilize the over one million eligible South Asian voters to the polls. Considering that this community was polling overwhelmingly in favor of Obama, for many, it can be said that the efforts paid off.

Indeed, the president won his victory in no small part because of the support of Asian American and South Asian voters. Now many of them are wondering if their efforts to reelect Obama will pay off. While concerns about the fiscal cliff hold center stage currently, immigration continues to be one of the most fundamental issues affecting the South Asian community, and indeed the country. And with inauguration soon upon us, the question now becomes—what does Obama’s second term hold for this crucial issue?

The state of South Asians and immigration
As a predominantly foreign-born community, regardless of immigration status, South Asians know all too well that the immigration system is in desperate need of overhaul. Indeed, there is no shortage of immigration challenges that community members confront. Because of visa backlogs in the family-based green card system, many South Asians can wait up to 12 years to be reunited with loved ones. Skilled South Asian immigrants and students enrolled in science, technology, engineering, and mathematics (STEM) degree programs have difficulty obtaining H-1B visas due to annual caps. According to projections from the National Foundation for American Policy, an Indian who files for an employment-based green card today can wait up to 70 years before obtaining permanent residency.

To the surprise of many within the community, according to the Department of Homeland Security, Indians alone made up the sixth largest undocumented population and the seventh largest population admitted into immigrant detention centers in 2011. State legislatures are increasingly enacting policies that disproportionately harm immigrants and lead to racial profiling, such as Georgia’s HB 87 that essentially requires all individuals in the state to carry identification documents at all times. In fact, HB 87, which also mandates health care employees to prove their citizenship or legal residency when seeking professional licenses, has led to serious processing delays frustrating many physicians in the state.

And specters of post-September 11 immigration initiatives still remain on the books, such as the special registration program that had required certain Bangladeshi and Pakistani males in the U.S. to register with immigration authorities. Virtually no facet of South Asians’ experiences has been untouched by the country’s flawed immigration system.

Is immigration reform finally in sight?
Given the dire condition of the country’s current immigration system coupled with the pivotal role that Asian and Latino voters played in the election, the potential for just and humane immigration reform under Obama’s second presidency has seemingly never been greater. In January, the administration is expected to engage in a full-force effort to make a robust push around the issue. And public support for reform is strong, with a December 2012 Politico/ George Washington University Battleground poll showing that 62 percent of Americans support comprehensive immigration reform that includes a pathway to citizenship for undocumented immigrants.

On the face of it, prospects for immigration reform during Obama’s second term appear promising. In fact, even before the president is sworn in for his second term and the next Congress assumes office, attempts to address the immigration system began. Even before the elections, the Obama administration rolled out a process for certain undocumented youth to obtain temporary relief from deportation; proposed amending immigration regulations to allow certain H-4 visa holders to obtain work authorization; modified the special registration program to delist specific countries whose nationals were subject to its requirements; and announced various measures to attract and retain high-skilled immigrants. While each of these measures is undoubtedly laudable, the need for a wholesale revamping of the immigration system to make it more just and humane still remains.

Yet, hearing White House and congressional policymakers say they will prioritize immigration reform and what immigration proposals will actually look like are two separate things—after all, the devil is in the details. For example, during the lame-duck session in November 2012, Congress attempted to pass a measure that would expand much-needed avenues to green cards for STEM graduates. But it did so at the expense of eliminating the visa lottery program, which historically has been vital for Bangladeshi and Nepali immigrants. It also provided only superficial fixes to the deeply broken family-based immigration system.

In December 2012, senators also introduced the ACHIEVE Act, which would allow certain undocumented youth to travel and work but failed to provide a clear pathway to citizenship or eligibility for in-state tuition. If the Congress, as well as the administration, is indeed serious about tackling immigration, lopsided and watered-down proposals will only hurt the South Asian community and inevitably stonewall meaningful reform.

The work continues
The discussions around immigration reform that are anticipated over the coming months will not be easy. The White House has been engaging in conversations with immigrant rights’ organizations, labor unions, business leaders, and offices on Capitol Hill. Congressional committees are slated to hold hearings on immigration legislation soon. And a bipartisan group of senators, known as the “Gang of Eight,” began meeting about immigration in December.

There will inevitably be proposals that fall short, tradeoffs being offered and, of course, political posturing. But what is also certain is that many in the South Asian community want a comprehensive approach that alleviates visa backlogs, provides pathways to citizenship for the undocumented, bolsters immigration for skilled workers, ends immigration policies that result in racial profiling, and restores due process to the immigration system— and are looking to the president and his administration to uphold those principles as these conversations continue. 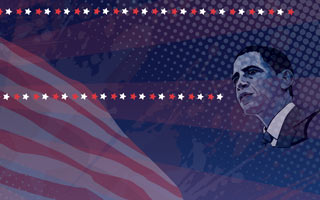 Priya Murthy is the Strategic Policy Advisor/ Consultant at South Asian Americans Leading Together (SAALT). SAALT is a national nonpartisan nonprofit organization whose mission is to elevate the voices and perspectives of South Asian individuals and organizations to build a more just and inclusive society in the U.S. To learn more about SAALT, visit www.saalt.org.