Home > Magazine > Features > Why I Choose to be Childfree

Why I Choose to be Childfree 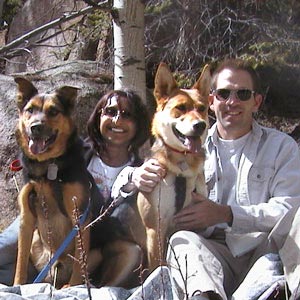 I'm married with three kids. But my “kids” are the four-legged kind. This doesn't raise many eyebrows until people discover that my four-legged children are the only kids that my husband and I plan to have. Oh sure, I want more pets. But babies? No thank you. I'm certainly not alone in my choice either. According to the BBC, recent U.S. Census reports show that 36 percent of American women have no children, while in the U.K. one in three female graduates will not have children.

Personally, I never so much as contemplated the idea of having children. Whenever I imagined how my future would be, children were never part of it. Partly, this is because I was the youngest of four children. My brothers and sisters are nine, 10 and 11 years older than me, so I wasn't raised around young children.

I came to realize that there were so many other goals I had. And if the man I ended up with wanted children? Well that would be a problem because I wasn’t about to have babies just for my husband’s sake.

Luckily for me, it didn’t turn out to be a problem. I married a man who connected with me on many different levels, including the desire to not procreate. We also share the same sense of adventure and passion for travel. My husband and I are selfish enough to want to experience life without feeling burdened by children. If we decide to go to the Galapagos for a few weeks, our biggest problem is “Does the dog boarding place have an opening?” Not having children has only strengthened our marriage. Without the financial burden and time commitment of children we’re able to spend time together and bond.

When strangers find out that I’m married I am constantly asked if I have any children yet. I usually respond with, “Does the four-legged kind count?” Sometimes the issue is left at that, but many times they’ll ask if we plan to have children. And so I explain to them that we don’t want children. Sometimes, I get lucky and the response is “Good for you! You shouldn’t have children if you don’t want them!” but most of the time our decision is met with shock.

I find myself having to explain our choice. Complete strangers have told me, “You’ll change your mind.” To quote my husband, “Yeah! If I get a lobotomy!” What bothers me is that people I hardly know assume that my decision to not have children was something I came up with on a whim. Neither one of us are stupid enough to believe that there isn’t the possibility of one or both of us changing our minds. But no more so than any other couple who live with the possibility of goals changing and people falling out of love.

Of course, while the majority of women do choose to have children, there are plenty of forums, like thechildfreelife.com, and support groups for those, like me, who have made the decision to live childfree. Many women on these forums have also had to defend their choice, some even resorting to saying that they will have children when they “feel ready,” in order to end the conversation. Eleanore Wells who runs The Spinsterlicious Life talks about how some people, mainly women, take offense at her childfree choice, treating her as though she were “challenging their decision to have them.” I certainly understand this feeling well.

In many ways, it's even more difficult for women from South Asian families, particularly those whose parents are immigrants. Although many South Asian families put an emphasis on higher education first and foremost, it is usually an assumption that marriage and children will come next. Having children can sometimes give our parents the sense of family that they lost when they left their home country. But is extending your bloodline a good enough reason to make the lifelong commitment to raise children? Interestingly, the childfree choice is something that is becoming increasingly popular in India. A recent article in The Times of India discusses the growing trend nicknamed DINK (Double Income No Kids). In a 2005 survey conducted by the International Institute for Population Studies, 2.3 percent of women in India did not plan on having children.

Going back to my own choice, you may be wondering how our parents reacted to this decision. They accept our choice. My husband's parents were already grandparents when we first met, so they never put any pressure on us for grandkids. Conversely, my own South Asian parents assumed we would eventually change our minds. They both come from big families themselves and all of their siblings and friends have children. My mother assumed it was my husband who did not want children. I’m not sure why, except that it hearkens back to the idea of a woman being deficient if she does not want children. I explained to her that it was a mutual decision, and that we weren’t really “kid people.” My mother responded, “You’ll feel different when it’s yours.” Luckily, my sister gave them the grandchildren they desired and over the years, they came to accept that our decision wasn't going to change.

Don't get me wrong. I applaud women that choose to have children. It’s hard work and a massive commitment. Frankly, I get worn out with two dogs and a cat! Vet bills add up, but it’s still cheaper than children. I don’t hate children. I’m happy to be around them for a few hours. The way I see it, I get to experience the joys of pregnancy vicariously through friends and family. I have lots of wonderful nieces and nephews whom I love dearly, but children are not something that I need in my own life. People who choose to live childfree aren't going to simply change their mind when their biological clock starts ticking. These are people that have made informed decisions, whether it is to focus on their careers or simply enjoy the freedom to do what they want without the responsibility of a child's well-being to think about. Is being childfree selfish? Perhaps. But it's the right choice for me.

[Shiromi Arserio is a British South Asian freelance writer, currently residing in the Pacific Northwest. Her work has appeared in Listen magazine and OutdoorsNW.]