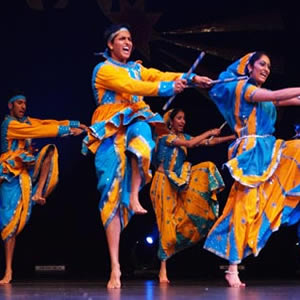 As a second-generation Indian American, when it comes to acclimating to American culture, I am pretty much on my own. There is little that my first-generation parents can do to help. Fortunately, I am not alone in this cultural land mine. Many of my peers are experiencing similar, if not the same, experiences. Typically, our parents moved to America for college or jobs and eventually settled down and built a family here. They didn’t experience growing up in America, and as a result, we are left exploring American culture on our own.

What I have noticed over the years is that my generation of fellow Indian Americans are becoming increasingly more American, and in many cases losing their Indian side completely. This is especially so in our appearances. We want to look American. By “American,” I don’t mean the cultural melting pot for which the country is known; I mean our Caucasian peers—the sons and daughters of those who trace back their lineage to the times when ships from England landed in the Americas.

I first noticed this trend in the sixth grade. One of my desi classmates got green-colored contact lenses. At first, I thought she was just trying to change her eye color because brown was becoming monotonous, but later I realized that she was ashamed of having dark eyes. When I asked her why she had felt that way, she replied, “Brown eyes are so?Indian.” This was relatively surprising to me, because I never thought being Indian was something to be ashamed of.

In another instance, as I sat down with a group of my Indian friends, one of them was talking about her hair. She commented how although her hair looked black, it was brown in the sunlight. Obviously, everyone’s hair color is lighter in the sunlight. I explained this to her, but her response was, “Yeah, but black hair is so boring. All Indians have dark hair.” In other words, she was trying to convince me and my friends that her hair was like an American’s. Interestingly, in contrast, Americans try to convince each other of a diverse heritage and claim their ancestors were of foreign descent. It’s odd how an American with dark brown hair will say she or he has black hair, but a black-haired Indian American will say she has brown hair.

Laughably, many young Indian Americans have taken on a fancy for the great American preoccupation with tanning. Last August, school started right after a hot summer. Many of my Indian friends collected in the hallways discussing their summers. As a paler friend appeared, one of them remarked how “tan” she had become over the summer. If you look up the word tan, it is defined as a “light-brown” or a “yellowish-brown.” Many of us are already light brown and usually become the color of burnt caramel after we have spent a lot of time in the sun. It wasn’t the color change that had motivated the conversation; it was the desire to be more American.

Sometimes, second-generation Indian teenagers consider themselves less Indian than their peers who have recently moved to America. Labels like “FOB” (fresh off the boat) stereotype Indians who, while likely to have similar backgrounds, have retained an Indian accent and wear traditional clothing. Yet, Indian teenagers who grew up here classify them into a different category because of their accent and clothing. I’ll be the first to admit that wearing a bindi and salwar to school isn’t something I would do; however, taunting someone, especially a fellow Indian, for doing so, is disdainful. Culture is keeping Indian Americans together, but also is the very thing that makes many feel ashamed to be Indian.

We can change our appearances, the way we talk, and our behavior, to match the Americans that we speak to everyday, but our cultural identity cannot be changed. While programs like Festival of India and various youth India clubs in schools promote our culture, teenagers especially find it troublesome to find acceptance. Many teenagers, including myself, forget what we are constantly told: “Just be yourself.”

What we need to learn is that understanding and embracing our own cultural heritage—no matter how different it may appear in the American landscape—makes us different in a positive manner. Fortunately, we have so many successful Indian Americans role models in all spheres of American life: doctors, journalists, writers, actors, inventors, academic scholors? and the list goes on. We should take inspiration from their confidence and contribution as Americans of Indian origin.

Don’t we all know desi friends who are not apologetic about our cuisine, dress, customs, and celebrations? Why shouldn’t we indulge in Navratri and Diwali, along with Thanksgiving and Christmas? Our unique festivals are popular in college campuses around the country. Not only does asserting and indulging in our heritage validate us as individuals and a group, but also enhances the mainstream with rich diversity. The alternative is to go through life with a demeanor that yells, “Help, I am stuck with my Indian identity!”

[Amala Malladi is a junior at Alpharetta High School and is interested in journalism. She plans on going into the medical or engineering profession. In her spare time, Amala enjoys volunteering for various organizations and outdoor sports.]