Home > Magazine > Features > Youth: Why Is That White Girl Wearing a Bindi?

Youth: Why Is That White Girl Wearing a Bindi? 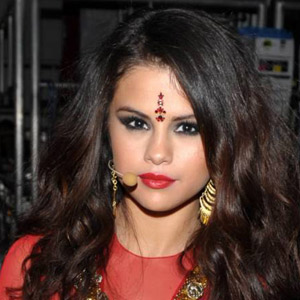 There’s a picture of me at my kindergarten graduation—I’m all of 6 years old, wearing white shorts, school t-shirt, and white graduation cap set precariously on top of my hair. I’m also wearing a half set of blue bangles on each wrist, and a bindi on my forehead.

I can’t do that anymore, because wearing a bindi with my name and skin tone sends a message that I’m an immigrant, that I can’t assimilate, and that I’m religious. The bindi is a visible symbol that I’m not American.

Of course, all of this only applies because I’m Indian. If I were anything else, the bindi would be nothing more than a fashion statement—a quirky sign of my worldliness for all of my Instagram followers to see.

In the case of the bindi, cultural appropriation is when a white girl (my stand in for all non-Indians) wears a bindi at a music festival, someone who wasn’t invited to wear a bindi in the proper context but instead uses it as a fashion statement.

As an isolated situation, this doesn’t sound particularly problematic. Sure, it might be a little disquieting, especially for people who see the bindi in its original religious context, but the vast majority of Indians use it for decoration anyway, right?

Right. But while cultural appropriation seems harmless, in reality it reinforces the idea that there are bits and pieces of one’s ethnic identity that can be taken without permission, that can be hacked away and repurposed for the sake of the white experience. Taking pieces rather than the whole out of their proper context delegitimizes their value, turns them into nothing more than costume jewelry.

There are white people who insist that they have done their homework—that they’ve read up on the subject, understand the bindi’s place in cultural history. They say that for them, the bindi is an affirmation of their spirituality and identity, just as it is for other South Asians. For them, the issue becomes a little more complex, because now we have to take into account the existence of the imperfect world we live in.

I’m not a scholar, but I think that white people, regardless of their spiritual outlook, should not be wearing bindis.

And the reason is really, really simple: because I cannot.

The issue of cultural appropriation isn’t completely about the act, as much as it is with the society it takes place in. In a perfect world, both I and the white girl would be free to wear our bindis with the same lack of judgment from outside parties. We would both understand the history of the bindi, the significance behind wearing one, and if we eventually chose to place a dot in between our brows, we would both be treated as the equal citizens we are.

This is not the case, and so cultural appropriation becomes another destructive example of privilege. Kylie Jenner is lauded on the internet for her new “edgy” dreadlocks, but Zendaya is mocked by the Fashion Police for hers. Kourtney Kardashian wears a burka for Instagram, but Muslim schoolchildren in France are barred from wearing the hijab in class. Selena Gomez wears a bindi on stage, but I am forced to carefully wipe off the kumkum on my forehead on the way to school after morning prayers, because when I forget I am asked if I have a disease.

When we wear symbols of our heritage, it is always seen as proof of our “otherness,” a sign of our status as second class citizens who are simply unable to conform to the American Ideal. It’s seen as a reason to discount our value, a reason to believe that we can’t be as normal as our peers. Every piece is forced to represent more than what it is or might be—what we deem as fashionable or cultural pride is weaponized against us through the prejudice of the dominant culture. And yet when that dominant culture does the same: peels the bindi off our foreheads and places it on theirs, the bindi automatically becomes stripped of the layers of intolerance. The bindi is content to exist on white skin as an example of everything we might have wanted it to represent on ours.

Perhaps I’m being petty, but it hurts a little to see a white girl defending her choice to wear a bindi as an example of her freedom of expression, when I watch Indian girls brave enough to wear one in class called backward, and assumed to be people of far less worth than they are.

Cultural appropriation is often seen as the quintessential molehill made into a mountain—something small that doesn’t seem to do much harm, at least in comparison to other more visible forms of racism. But racism isn’t just defined by acts of violence. It’s a mindset we indoctrinate, low doses of poison that slowly seep into our veins without us realizing.

Big blaring issues are easily recognizable, and we hope eventually can be defeated. Mindsets, on the other hand, are harder. Stating that issues like cultural appropriation don’t matter in the larger scheme of things, allows the attitudes that breed racism to fester and grow. It cements the idea that culture is something that can be taken rather than given, an us versus them mentality that differentiates between ethnicities. I am not allowed to appreciate my culture unless I don’t belong to it.

In a perfect world, I wouldn’t carefully remove all aspects of my heritage, wouldn’t divorce myself from my culture in a myriad of ways in order to keep my place in society. I wouldn’t deliberately mispronounce Indian names, wouldn’t bite my tongue at the demolition of my religion at the hands of textbooks, wouldn’t remove my bindi in the mornings.

Maya Murthy is a senior at Monta Vista High School in Cupertino, California, where she writes for her school newspaper and literary magazine. Source: India Currents.