Home > Magazine > Features > Youth: Being Myself 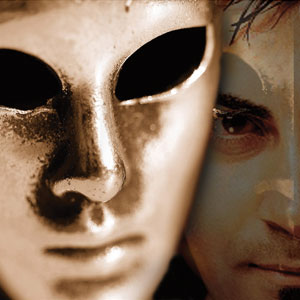 When I was younger, I was embarrassed about myself and my brown skin, which I still jokingly call a “super tan.” I would tell my friends my name was Adam. Not willing to be identified with my desiness, I would isolate myself from other desi kids.

It took a few years of lies, betrayal, embarrassment and guilt for me to realize that regardless of race, each person has good and bad qualities. Slowly, I began approaching other “brown” kids as friends, rather than just acquaintances. I have met all kinds of desi people with a wide variety of traits. Some have been the nicest, most sincere people I’ve encountered. I have loved a handful as friends. But some have been cold, ruthless, and hypocritical.

After reading Jhumpa Lahiri’s novel The Namesake on a whim, I came across a part of the story which both fascinated and disgusted me. Gogol Ganguli, perhaps the first literary character I gravitated towards, spent his life rejecting his heritage, choosing instead to spend his time studying architecture, smoking weed, and dating white women.

This resonated within the 16-year-old me a great deal and it influenced me to begin writing. I kept writing until I had completed a novel. While my peers in the desi community were working hard at entering traditional fields such as medicine and engineering, I decided to follow a different path. Nobody showed it to my face, but I felt the backlash for doing this. The adults and my peers were confused, probably wondering why I was spending my time writing fiction, of all things. This only inspires me to become the best writer I can be, as well as a voice for the kids who share my thoughts, can relate to my story, and reject the stereotypes surrounding our people.

I have had Pakistani and Indian kids contact me from all over, telling me that they respect the path I have chosen and that it has inspired them to pursue a career in writing or photography—or whatever their true passion is. I feel for them because I was once in their shoes. I too felt trapped and limited, being who I was. While I was writing my book, I felt alone, isolated, disappointed, angry, etc. It is perhaps still the most emotional thing I have ever written. I was at the ultimate crossroads for a 16-year-old, the crossroads involving friends, girls, school, and people’s perceptions of me.

Today, I feel proud enough and comfortable enough being myself that I can aim to help others. Seeing the success of public figures such as Himanshu Suri of Das Racist and Hasan Minhaj of Goatface Comedy is fulfilling. Seeing Aziz Ansari around Jay-Z, Kanye West and other celebrities instills a firm belief in me that I can do it, too. I want to prove that the opportunities for us should be without limits, without boundaries.

I want to be as open with my writing as possible for nothing else but to spark change amongst kids who read it. With my next novel, I am addressing these issues head on. Somebody has to be a voice. Somebody has to see it from these kids’ perspective.

One of the most common problems in America is that nobody wants to be a voice. Nobody wants to be the one who will speak on issues, address them clearly and find solutions for them. They would rather you keep quiet and just do as you are told. I’m not about that. I’m striving to create a brighter future for the desi kids who can see through the veil society has put in front of us. The removal of this veil cannot be done individually; if we all make the effort to discover our true identities, we can strengthen our drive and become who we are meant to be: ourselves.

[Mustafa Abubaker is a student at Kennesaw State University who has self-published a novel, The Surrogate, and is currently working on his second one.]