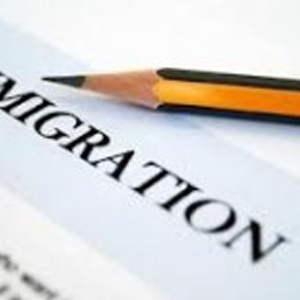 Regulation to preserve and fortify DACA

DHS has issued a final rule that will preserve and fortify the Deferred Action for Childhood Arrivals (DACA) policy for certain eligible noncitizens who arrived in the United States as children, deferring their removal and allowing them an opportunity to access a renewable, two-year work permit. Since its inception in 2012, DACA has allowed over 800,000 young people to remain in the only country many of them have ever known, with their families.

The rule continues the DACA policy as announced in 2012 and is based on longstanding USCIS practice. The rule states that DACA recipients should not be a priority for removal. The requirements are the same as stated in 2012.

The final rule is effective Monday, October 31, 2022. However, while a July 16, 2021 injunction from the U.S. District Court for the Southern District of Texas remains in effect, DHS is prohibited from granting initial DACA requests and related employment authorization under the final rule. Because that injunction has been partially stayed, DHS presently may grant DACA renewal requests under the final rule.

On August 23, USCIS stated that it received a sufficient number of petitions needed to reach the congressionally mandated 65,000 H-1B visa regular cap and the 20,000 H-1B visa U.S. advanced degree exemption, known as the master’s cap, for fiscal year (FY) 2023.

USCIS has completed sending non-selection notifications to registrants’ online accounts. The status for registrations properly submitted for the FY 2023 H-1B numerical allocations, but that were not selected, will now show:

This means that there will not be further lottery picks this year, as there were in past years.

On September 8, DHS has issued a final rule, to be published in the Federal Register, that provides clarity and consistency for noncitizens on how DHS will administer the public charge ground of inadmissibility. The rule restores the historical understanding of a ‘public charge’ that had been in place for decades, until the prior Administration began to consider supplemental public health benefits such as Medicaid and nutritional assistance as part of the public charge inadmissibility determination.

Section 212(a)(4) of the Immigration and Nationality Act (INA) renders a noncitizen inadmissible if they are “likely at any time to become a public charge,” meaning that they are likely to become primarily dependent on the government for subsistence, can be denied admission or lawful permanent residence. Prior to 2019, almost all noncash government benefits such as Medicaid or nutrition assistance were excluded from consideration.

Visa Bulletin for ​​​​October 2022 is available on our website. Please go to http://www.khabar.com/magazine/ immigration/