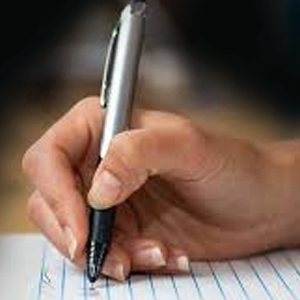 Your November issue was a doubly wonderful read. As a Catholic and Brahmin couple, we both enjoyed thoroughly the article (“Spirit Matters: The Gita and Me”) by Philip Goldberg. The sheer power of the simple ideas that it brings forth, which are beyond religion or rituals, is clearly meant for real seekers like Emerson, Huxley, and their lot. The story about the arrival and influence of Sikhs in North America (“Cover Story: The Sikhs in North America”) was amazingly informative and inspiring too. A mustread for all Indian-Americans, especially those seeking their roots.

As I read your editorial in the September issue about the attacks on Bollywood (“Editorial: An Ode to Aamir Khan”), I couldn’t agree more. I loved everything about the movie Laal Singh Chaddha. There was nothing controversial or disrespectful in its content. Aamir Khan’s character portrayed the innocence, purity, and empathy that we humans have lost towards other human beings. The last sentence in the editorial summed it up perfectly.

PM’s definition of Naxalism is shocking

I was shocked by a statement, which was attributed to Prime Minister Modi, in the October 28 edition of the Deccan Chronicle, a regional newspaper from Hyderabad, the city I grew up in. To quote the newspaper, “Every form of Naxalism, be it the one with guns or the one with pens, has to be uprooted to prevent them from misleading the youth of the country.” He also warned of forces that are increasing their intellectual sphere to push the youth towards extremism and pervert the minds of coming generations. For the sake of the unity and integrity of the nation and with the inspiration of Sardar Patel, Modi noted, we cannot allow any such forces to flourish in our country. He said such forces get significant help internationally.

To those of us who are not familiar with Naxalism, it is a violent, extreme left Maoist philosophy practiced by the group referred to as Naxalites, whose extreme militancy is not even supported by the mainstream communist parties of India. In my lifetime, I did not expect anyone to advocate that India should eradicate Naxalism with the pen, with the implications it suggests. Such sentiments expressed by Putin or Xi would raise no eyebrows. Coming from the Prime Minister of the most populous and secular democracy in the world should give shudders to any independent-thinking, insightful, and secular Indian. Is the reference to Naxalism with the pen a preamble to an India that evolves into a Stalinist society? Does a journalist who is critical of the government’s policies or a judicial officer whose decisions challenge the mindset of his government commit Naxalism with the pen?

In that same report, the Prime Minister is quoted to have suggested that the police forces all across India should have identical uniforms. That does reflect a sense of brotherhood among law enforcement and commitment to law and order nationwide—a commendable idea. This would only be of concern if the police force evolves into a band of Storm Troopers whose utmost priority is to dismantle ideas that are not consistent with the authority’s policies and constitute “pen Naxalism.” I also wonder if the introduction of identical uniforms would outlaw adaptations to reflect a cadet’s religious identity such as a turban, hijab, kufi, bindi, or a yamaka. Sometimes Mann Ki Baat can forecast an ominous future.

Where are you, Bapu?