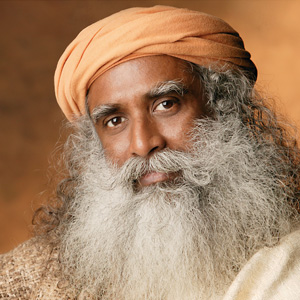 [Editor’s note: While Sadhguru’s advice below was specifically in the context of Indian elections, there are many parallels to our American democracy as well as universal values of citizenship.]

Sometimes it feels like we inhabit a land that is in a perennial state of election. With the assembly elections around the corner, our print, digital, and social media are ablaze with election fever.

In the gladiator sport that politics has become today, rule books are habitually thrown to the wind, and everyone is in survival mode, trying to outshout and obliterate the other. The ensuing drama is not democracy—it is populism.

I empathize with politicians of all stripes, because to be in perennial election mode is to be in a state of constant existential siege. Scarcely is one election over when another has begun. Even if you win, there is no time to deliver on your promises towards the larger well-being of the state, the nation, and the world.

Unless voters collectively show their refusal to be seduced by short-term benefits, nothing will change. We will simply be given sops, cash, and trinkets at election time, and little else afterwards. It is time to insist on long-term priorities, rather than populist dividends. For instance, it is time for us to insist that education, ecology, and health be viewed as key election issues. If population is our demographic dividend, a significant percentage of the GDP must be invested in education. This is the only way to leverage our core strength and create a skilled and accomplished young workforce.

Similarly, ecology is no longer an elite preoccupation. The desertification of Indian soil is happening at an alarming pace. This means an impending food crisis, plummeting levels of nourishment, as well as sociological and economic disruptions produced by mass urban migration. If we want to save this country, or indeed the planet, electorates must demand a government policy that ensures a minimum of three percent organic content in agricultural soil. Only then will adequate budgets be allocated to address the environment question.

We often think of politicians as a separate species— venal and villainous. But they are simply us—capable of being as inspired, as corrupt, as prejudiced as we are; except that these qualities are magnified because of their power and visibility. A mature democracy necessitates responsible political leadership but also a responsible citizenry. We talk of voting beyond barriers of faith, but for many, the political party has become the new faith. Many still vote as groups, not as individuals. They treat those who vote like them as believers, and the others as heretics. Such jingoism has little to do with true democracy, it is simply tribal warfare.

What modern societies urgently need is a living spiritual process that fosters conscious individuals. Consciousness does not mean taking a few political stands. It means touching a dimension of boundless intelligence that transcends narrow identifications with body, tribe, and even nationhood. This may seem utopian, but it is the larger ideal we must strive for. Our politicians are merely citizens who have stood up to do some of our dirty work for us. If we want to build a truly inclusive, non-feudal, and accountable political ethos, let us remember the truth that underlies this system of government: it is we who are our own true leaders. That is the essential promise that democracy holds out to its people. A living democracy requires a conscious and responsible citizenry. Let us make it happen.