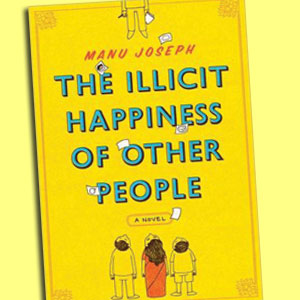 Manu Joseph, Open magazine’s editor, is back with The Illicit Happiness of Other People (W.W. Norton), his second novel. The first, Serious Men, a fierce caste-and-class satire involving a high-ranking physicist and his lowly assistant, won the inaugural Hindu Best Fiction Award, the PEN/Open Book Award, and was shortlisted for the Man Asian Literary Prize. From scientific affairs, Joseph shifts his gaze to domestic affairs in the new novel, which is based on a true story and set in Madras of the late ’80s. How did Unni Chacko, a teenage graphic artist, fall from the balcony of his home? Was it an accident or did he kill himself? When a package arrives in the mail, three years after his death, Chacko’s father sets out to solve the mystery. It’s also a philosophical quest. “What [the father] Ousep discovers, after interviewing Unni’s friends, fellow artists, teachers, and anyone else he can track down, is a deeply thoughtful teenager burdened by weighty existential quandaries,” according to Publishers Weekly. Delhi-based Joseph writes columns for the International Herald Tribune. 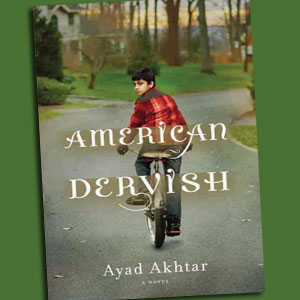 American Dervish (Little, Brown), Ayad Aktar’s debut novel, won wide praise and has been translated into 25 languages. That’s not all. He is also drawing attention for his work as a playwright, filmmaker, and actor. His Disgraced (featuring Asif Mandvi) was a critical success in New York last year (it goes to London in 2013), and another play, The Invisible Hand, will open in the spring. Born in New York to Pakistani immigrants, and raised in Wisconsin, Aktar has degrees in theater and film from Brown and Columbia. He starred in The War Within, a film he co-wrote, and Too Big to Fail, shown on HBO. In the latter film, he played Neel Kashkari, the advisor who had a lead role in tackling the 2008 financial crisis. Aktar’s novel focuses on a young Pakistani-American male, and Mina, a female émigré from Pakistan, as they both grapple with identity issues. “His well-written, strongly plotted narrative is essentially a conventional tale of family conflict and adolescent angst, strikingly individualized by its Muslim fabric,” notes Kirkus in a starred review. 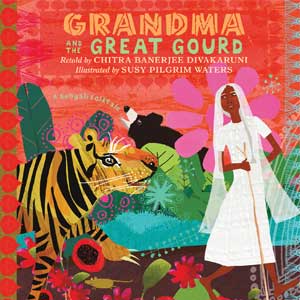 Young children will delight in Grandma and the Great Gourd (Roaring Brook Press), retold by author Chitra Banerjee Divakaruni. The colorful and stylish illustrations by Susy Pilgrim Waters are evocative, setting the mood for a story that’s, at first, faintly reminiscent of Little Red Riding Hood. However, what we have here is a crisp narration of a Bengali folktale, which Divakaruni’s grandfather used to tell her, just as she told it to her two boys when they were young. She has dedicated her book to all three, not to mention the pet dog that inspired her to write it. Instead of a big bad wolf, there’s a clever red fox that stops a grandmother—not a little girl—as she walks through the jungle to visit her daughter. The fox wants to eat her, as do the bear and tiger she encounters. How does Grandma manage to trick the predators, initially, and then foil them on her return journey? Well, the title holds a clue, and her two dogs play a crucial role, too! 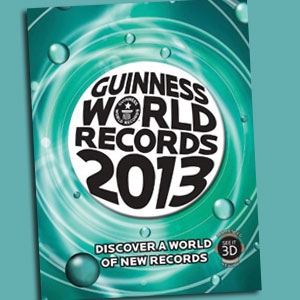 With its lists of unusual feats, the Guinness World Records 2013 will appeal to fans looking for a fun read. Though it’s not everybody’s cup of tea, the GWR is hugely popular in India, where there are numerous record holders. Like Ram Singh Chauhan, whose moustache is 14 feet long, making it the world’s longest. And did you know that the largest roti, made at Jamnagar’s Jalaram Temple, weighed over 141 pounds? No word on how many people ate it. Rajiv Golcha in India owns the largest ruby, weighing close to 49 pounds. Mawsynram in Meghalaya gets the most rainfall (467 inches annually). When it comes to extravagance, few can beat Laxmi Mittal, who spent $55 million on his daughter’s wedding. Sachin Tendulkar became the first ODI cricketer to score 100 centuries. Then there is 5-year-old Shreeya, who limbo skated under 27 cars to cover a record-breaking 48.2 meters. The world’s shortest woman, Jyoti Amge, and shortest man, Chandra Bahadur Dangi (from Nepal), were present at the release of the GWR’s 57th edition.