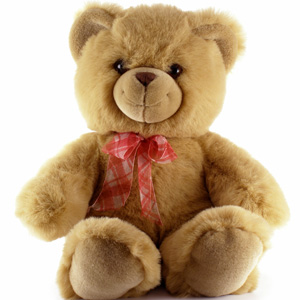 Today, everyone hugs in America. But was it always like that? India has jhappi and aalingan. In America, norms for hugging have changed through recent decades.

For those of us in Holy Trinity Elementary School, Valentine’s Day was the one and only time we were allowed to formally show our interest in a member of the opposite sex. In our otherwise segregated world— boys on this side of the room and girls on the other— the simple exchange of a white enveloped card to that cute girl across the room was a big deal. During my public high school days, there were no such rigid rules, but bound by the social norms of the day, few of us hugged members of the opposite sex. Even into my early adult years, hugging remained a private luxury. 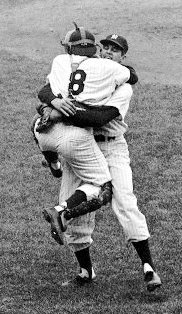 Today, high schoolers hug, and constantly. So do adults. Like it, or not, hugging is epidemic. Never mind baseball, the sport of holding another person close is our new national pastime. In the 1956 World Series, Yogi Berra, the New York Yankee catcher, jumped off the ground and into the startled arms of Don Larson after the last out had been registered in Larson’s brilliantly pitched World Series game. It is one of the most iconic photographs in American history. Today, players hug, touch, and hold after the simplest of plays. From sports to politics, from workplaces to college campuses, hugs are as much a part of American life as a beer and hot dog is at a baseball game.

Before we consider a few of the seminal events that caused this cultural shift from hands in pockets to arms around the shoulder, it is worth considering the biology of it all: Hugs, in fact, are healthy, perhaps even essential.

Research from Carnegie Mellon indicates that feeling connected to others, especially through physical touch, protects us from stressinduced sickness. According to Psychology Today, physical affection alleviates stress reactions in adults who report less existential anxiety when touched only briefly; we are simply wired to find touch reassuring. Reach out and hug, they conclude, and your life might not only feel better, but last longer. The “Mother of Family Therapy” Virginia Satir notes, “We need four hugs a day for survival. We need eight hugs a day for maintenance. We need twelve hugs a day for growth.”

Until the last century or two, Christian dogma and social norms combined to limit public interactions between men and women. Sure, men could spend time with men and hug each other as they wish—and many photographs from the late 1800s show male couples holding hands, touching each other, and sitting on each others laps—but men did not share such intimacies with women, at least in public.

The icy grip that religion held on our country’s male-female relationships melted in the heat of the Industrial Revolution when women, long relegated to the home, flocked to the factories. In the anonymity of the city the forbidden became possible, the private public. But such gaiety was not available to everyone, as my 96-year-old Mom remembers.

“My parents had very strict rules for me. If a boy asked me to go out dancing, I could, but only if I limited our dance selection to the conservative Fox Trot.”

Those other dances of my Mom’s era, known as the “Animal Dance,” included the Grizzly Bear, Bunny Hug, Kangaroo Dip, the Sloth Squeeze, and the naughty Turkey Trot, a dance so suggestive that Catholic bishops in Nashville and Cincinnati once told their flocks if they danced the dance they would not be forgiven for their sins. The clergy railed, but the people danced.

On a related note, if the bishops are right, I’m doomed. Like millions of other college-aged kids, I bumped butts with any willing female in a 1970s era disco dance known as, well, this is clever, The Bump. There were plenty of willing females and the dance was a hoot.

Some point to the sexual revolution of the 1960s-1970s as the reason for the shift in attitudes toward male-female hugging, and that certainly makes sense, but there is another reason. The 1970s was a seminal decade in the “Equal Rights for Women” movement. No longer were men to be “the king of the castle,” a line from a memorable skit performed by Jackie Gleason in the 1950s comedy show, The Honeymooners. Consider my Dad’s world, for a moment. When he returned home after work, he’d pour himself a drink, sit in his big green lounge chair, and then ask Mom when dinner would be ready. He never changed a diaper and rarely cleaned a dish.

In today’s America, that man would be called “single.”

Helping in the kitchen or with other “women’s work” was the easier challenge for many men of my generation. After all, upon graduating from college we did not immediately marry, so we had to cook, clean, wash dishes, and iron our own clothes. The greater challenge was developing our “feminine nature.” We were expected to be more expressive, yet a few of us never saw our own parents hug or kiss or talk about their “feelings.” When I was in college, I stepped outside and onto our porch only to hear my Dad say something very intimate to Mom. Oh, no! Ahem! Ahem! Hey, you’re too old for such talk! But that was the only time I overheard such whispers. I do not remember them physically hugging, and they were married for over sixty years.

Thankfully, for those who wished to develop these brand new skills, we had a role model. His name was Phil Donahue.

Donahue was a national talk show host who first appeared in the 1970s. Like Oprah, he’d often introduce a people-oriented social topic. No, I cannot remember any specific one because I did not care for his often over-the-top performances. All I really remember is that he cried, a lot. Then he’d hug. Then he’d cry. And just when we thought the water works had ended he’d gush some more. There were times when he cried the whole show, or so it seemed. And women loved him. And men, wishing for women to love them, were forced to show that they were “vulnerable,” that they, too, were in touch with their feminine side. Gone were the emotionally distant, know-it-all dads of the 1950s. “New age men” were now expected to show emotions, to express feelings, to offer the supportive hug. And it is good.

Knowing when a hug is acceptable, or not, does require a certain amount of intuition. In my business dealings, a few women executives I’ve known for years drop all formal pretenses to offer a warming embrace. Other women I’ve known for similar lengths of time simply offer a handshake. My advance to men is simple: Let the woman take the lead in all such circumstances.

During the course of writing this narrative, I thought about the memorable hugs I have either given or received in my lifetime.

“Do not touch the children for they will get spoiled,” I was told at a home for orphaned kids. When I went to play with a snot-nosed two-year-old boy who, despite my warning, kept calling me names, I left the sandbox and walked back toward the house. “Mister, mister, I am so sorry, please play with me,” he cried. I picked him up and held him tight. “Put him down or you’ll spoil him,” the biddies shouted from the house. I didn’t. He needed a hug.

It had been one rough year. Along with the rest of the congregation, I bowed my head as the minister led us in prayer. When the prayer started, I was sitting alone in the back seat of the church. When the prayer ended, a woman I barely knew had slipped into the seat next to me. “I feel like you need a hug,” she said. Two decades later, I still remember her kindness.

There was the time I was in my daughter’s college dorm room. Molly’s roommates were a crazy and inspiring lot. One, who was quite the bookworm, always tried to give me the same graceful hug that her four roomies did, but she always failed, one time knocking me into the kitchen table. Her awkward hugs had become an annual tradition. “Kristen, let’s practice,” I offered, and we did.

Teaching someone how to hug is a beautiful thing.