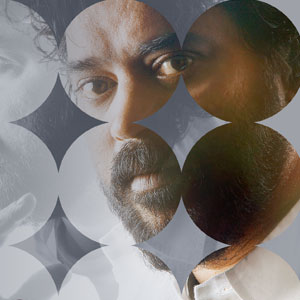 The celebrated cinematographer and director talks to Khabar about techniques, tools, and his work, including his latest film, Urumi.

Santosh Sivan’s very name conjures images of some of the most picturesque on-screen moments in Indian cinema in recent times. One of India’s finest cinematographers, Sivan has worked on projects like Raavan, The Mistress of Spices, Bride & Prejudice, Meenaxi, Fiza, Pukar, Dil Se, Rudaali, Roja, and Iruvar. He has also directed several memorable films, including Tahaan, Before the Rains, Anandabhadram, Asoka, The Terrorist, Malli, and Halo. He has over 45 features, 40 documentaries, and many ad films to his credit, and has won quite a few awards for cinematography as well as direction, including National Film Awards, Filmfare Awards and international film festival awards. In the following interview, he discusses his upcoming film Urumi, his experience working on other projects, what inspires him, the cameras he prefers to work with, and more.

What is your favorite type of camera to film with, and why?


Normally, I use Arriflex cameras, since they are so popular and have the necessary support systems around the world. With digital coming in I have used the D21 and Alexa and Sony F35.

What is your preferred lens, and why?


No such thing as a preferred lens. In the various films I have done, sometimes a certain lens is preferred, like a wide angle one. There are various reasons for choice of lenses, mostly aesthetic.

You’ve worked on a number of feature films, documentaries and ad films. What has been the most challenging project for you thus far?


I have been fortunate to work on varied films, both regional and international projects, and with different kinds of directors. The most challenging has been Iruvar, with director Mani Ratnam, since Iruvar had very complex camera moves and a huge canvas, where the merging of the movie industry and politics is explored in parallel, through the lives of a politician-actor and a writer-politician. So, visually, it embraces the color of cinema and the more monochromatic ambience of politics.

What projects are you working on these days?


I just finished a film called Urumi, based on Vasco da Gama’s visit (to India). (The movie) portrays him as a conqueror rather than a discoverer.

Tell us about Urumi. What was it about the theme that interested you so much?


The theme interested me because Vasco da Gama, from a western perspective, was a discoverer, but he was actually a conqueror—he behaved like one and burned and killed a shipful of men, women, and children returning from their Mecca pilgrimage. He exploited the disunity among local kingdoms to get monopoly over pepper. Hence the peppercorn changed the destiny of a land! Then there were the guns and cannons—for 400 years it continued. Most of the historical records are from the log books recorded by them.

Considering the lukewarm success of Asoka and other such historically themed movies, do you believe Indian audiences will be receptive to Urumi?


The Malayalam version of Urumi has already done extremely well and the Tamil and Telugu versions are releasing soon and so is the Hindi one. Unlike period films this one starts in the present and goes into the past, almost like a journey, and the issue of land seems to follow a similar pattern.

Halo, The Terrorist, Asoka, Before the Rains, Tahaan, Urumi…You’ve dealt with a variety of concepts in your films. Is there any particular theme you plan on developing into a film next?


Yes, I do want to do a film called Ceylon, in Tamil and Hindi. It will be based on the experience of Tamil civilians.

How does being a director yourself influence you when you work as a cinematographer on another director’s film?


When I film for someone I actually try to see the film the way they look at it, rather than trying to influence their way of working on the film.

Do you think filmmakers should have a strong grasp over lighting and cinematography to better communicate their needs/vision to a cinematographer?


Yes, it’s good to know since it’s a visual medium. It’s not necessary to go in-depth into technique, but just to have a feel and a sensibility of what one likes and doesn’t like and what kind of look and feel to achieve.

When you come up with a concept for making a film, what inspires the initial conception of the idea? Does a visual image come to mind suddenly and end up serving as the foundation for an entire film?


Not really. Sometimes it might be a short story you read in school, like Malli, the children’s film, or maybe an experience, or visiting some monument that makes you go into another period…there are so many different ways, though most of the films I have done have the land as a strong character.

What is your preferred environment for working—do you like a director to be crystal-clear with his/her vision or do you prefer minimal interference?


Normally no one is crystal-clear, and filmmaking is also a collective, organic process with a lot of creative contributors.

I’ve heard that your mom taught you painting, and you mentioned in a few interviews that your father influenced you, too. You also studied film, formally. What are some other influences and sources of inspiration?


It was my grandma who used to paint and teach in the royal palace, who would get reproductions of Raja Ravi Varma paintings with mythological themes. So, she would tell (us) the story and illustrate it with his paintings.


I think to be a cinematographer one should always be a student, because everything is changing in terms of technique, and you can’t ever fully understand nature, which can surprise you constantly.

You’ve worked on a number of memorable projects—like Raavan, Meenaxi, Bride & Prejudice, Dil Se, Roja, Pukar, Iruvar, etc. …Does being one of the most sought-after cinematographers come with added pressure? Do you consciously challenge yourself to outdo yourself with each project?
Oh yes, I try to surprise myself each time I work. The idea of filmmaking and the creative process is like wanting to be on the edge, like when as a kid you wanted to build sand castles, and the closer to the wave you built, the more adventurous you were!

[Amanda Sodhi is a Bollywood journalist, lyricist, screenwriter, and PR/marketing practitioner based in Washington, D.C.]