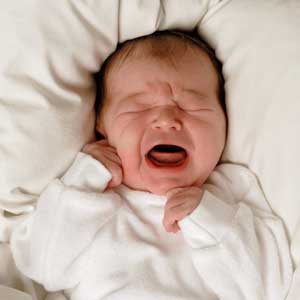 We all crave a good night’s rest, but few of us manage to get enough sleep and wake up refreshed the next morning so that we can take on a long, busy day. Add an energetic toddler to the mix and the challenge of sleeping well gains a whole new dimension.

Nidhi Sharma was first introduced to the concept of sleep training when her daughter, Pearl, hit the eight-month mark. “Our doctor in Delaware spoke to my husband and me  about it, telling us the benefits of a good night’s sleep for both parents and baby,” she says. Her husband, Ashish, was very supportive of the much-debated method, which advocates putting down the baby in his crib to sleep alone in his room after a nightly ritual and some fond goodnights. The Sharmas chose a method called 'gradual extinction.' After a routine made up of some lullaby singing, the reading of a few books, a warm bath and a bottle, both parents sat on a chair by the crib, gently coaxing Pearl to sleep. Each day the chair was moved farther away from the crib till Nidhi and Ashish did not have to use the chair at all, and Pearl began sleeping on her own.


“It’s all about routine,” says Dr. Steven Hirsch, a Maryland-based pediatrician who is a strong proponent of the book Healthy Sleep Habits, Happy Child by Marc Weissbluth. The book serves as an instruction manual on sleep training. “Once the baby recognizes the pattern wherein the parents leave him to sleep in his crib and then return in the morning to pick him up, he realizes that he is not being abandoned,” says Hirsch, stressing the need for a good night’s sleep for the baby so the whole family can feel rested. Uninterrupted sleep and rest is key to managing a healthy lifestyle and inducing children to form healthy sleeping habits.

California mom Urvashi Singh admits that she should have been more firm about sleep-training her now five-year-old son Aarav. “I look at other moms who have taught their children to sleep on their own. They have a lot of time after their baby sleeps, to finish up with chores and spend quality time with their spouse,” she says. Her son resists nap times, and though he sleeps relatively well, Singh often has to spend long hours urging him to sleep. New Jersey mom Jyoti Ameria recalls that her first born, Priyamvada, who is now five, slept in the family bed with her parents and was a good sleeper, only waking up once in the night to be fed. With second son Agastya, Ameria finds herself struggling for some much needed alone time. "Agastya did not take to sleep training immediately, but we waited and then with a lot of patience, he is now sleeping well. Naps can still be a challenge. He also gets up in the night sometimes to be fed,” she says. Doctors in the U.S. recommend stopping night feeds after the child reaches his ninth month. “It becomes a habit. If a child has eaten and had his liquids in the daytime, there is no reason for him to get up at night. He only wants to play,” says Hirsch. The Amerias highly recommend training infants to sleep on their own, but agree that one should be flexible about the age at which the training is initiated.

For most South Asian families, the idea of sleep training is unheard of. Brought up in the attachment parenting style (where co-sleeping is practiced) they find it difficult to let go of their young babies in a room away from their own. “In India, parents are not comfortable with the idea of letting a child cry himself to sleep. They may use a separate bed for a child in their bedroom. I do not think that doctors in India recommend sleep training at a young age,” says Mumbai pediatrician Vaijayanti Ingawale. Instead, she urges parents to start disciplining their children and avoid feeding their tots repeatedly at night. She suggests telling them stories and singing to them, thus allowing them to use their own ideas to make their rooms special and beautiful and giving them the opportunity to take responsibility for their own sleep cycles, gradually.

Understandably, the biggest problem that parents face with sleep training is that of having to deal with the child’s crying. New parents are easily stressed out by their infant’s cries and this can take a toll on the health of either or both parents. “Some amount of crying is always a part of the training process, but parents have to learn the difference between making a baby cry, which they are not doing, and letting a baby cry,” says Hirsch.

“I did try sleep training with Tanisha when she was around six to seven months old but my husband and I couldn’t bear to hear her crying for those long hours and gave up the idea for some time. She also got a little insecure around the time when we were trying to train her,” says Tanuta Singh, a talent acquisition consultant with Wipro Technologies in Seattle. Singh concluded from her experience that each baby is unique and parents need not go by the book to train their children to sleep on their own at a certain age. “Kids pick it up eventually,” she says. Tanisha now sleeps very well after her parents tried the method again and were successful.

Doctors and parents have both seen the benefits of a well-rested family. The child is happier, eats better and learns to be independent early on in his life. But those who practice attachment parenting are still adamant about “not abandoning” their young child. “Some cultures are more into attachment parenting. But that term is very misunderstood. Showing attachment in the daytime is great but a parent has to be firm about naps and night-time sleep,” says Toronto pediatrician Robert Farber. According to him, it is difficult to convince parents to adopt a sleep training method when they themselves have been brought up in a completely different culture where a baby’s cries have to be attended to at all times. Doctors in the U.S. observe that with gentle reassurances and the example of successful sleep training cases, South Asian parents are showing an increasing willingness to at least give the method a shot. “In my own experience of dealing with families from different cultural backgrounds, I have not consistently found any particular group (including South Asians) to be more or less resistant to sleep training. Though many cultures believe in the ‘family bed,’ this is not necessarily the same as attachment parenting. It is possible to have a ‘family bed’ without embracing the attachment parenting philosophy,” says Hirsch.

Parents often find it necessary to come up with creative alternatives to get their children to sleep in their own beds and nod off on their own. “With my second baby, the key is to not maintain eye contact when I leave her in her crib. She does very well with music in her room, too. I used to leave my son with a few books in his crib and those helped him to amuse himself until he slept off on his own,” says Miria Varghese, a Virginia mom of a five-year-old and a two-year-old. A warm bath just before a nap sends some infants right into the sleep zone. For others, it’s warm milk or a song that serves as a cue. Dim lights in the evening or heavy curtains on the windows to block out the afternoon sun are some ways in which one can create a cozy setting for sleep. But all this and some more might not work, if there is no routine in place.

Doctors are big on consistency. “A child may not eat and sleep the same amount every single day but the message he or she should get from her parents is that there is a time to eat, play and sleep,” says Farber. He urges parents to set an example with their own behavior. “After all, a child learns most from his parents’ lifestyle. If Mommy brushes her teeth after dinner and changes into her PJs and goes off to bed, the child gradually learns to do the same,” he says.

[Toronto-based Baisakhi Roy is the Online Editor of Suhaag.com, a weddings and lifestyle web magazine that caters to the South Asian community in North America.]