At Home in Mauritius 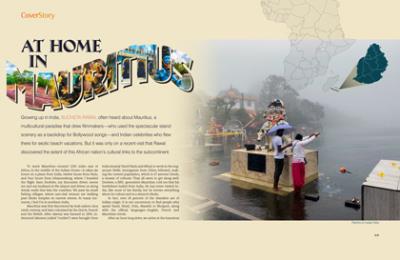 Growing up in India, SUCHETA RAWAL often heard about Mauritius, a multicultural paradise that drew filmmakers—who used the spectacular island scenery as a backdrop for Bollywood songs—and Indian celebrities who flew there for exotic beach vacations. But it was only on a recent visit that Rawal discovered the extent of this African nation’s cultural links to the subcontinent.

To reach Mauritius—located 1250 miles east of Africa, in the middle of the Indian Ocean—it takes six hours on a plane from India, twelve hours from Paris, and four hours from Johannesburg, where I boarded the flight. Ram Doobree, my limousine driver, meets me and my husband at the airport and drives us along windy roads that kiss the coastline. We pass by small fishing villages, where sari-clad women are walking past Hindu temples on narrow streets. At many moments, I feel I’m in southern India. 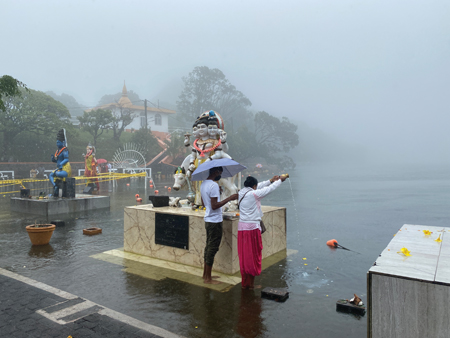 Mauritius was first discovered by Arab sailors circa ninth century, and later colonized by the Dutch, French and the British. After slavery was banned in 1835, indentured laborers (called “coolies”) were brought from India (mainly Tamil Nadu and Bihar) to work in the sugarcane fields. Immigrants from China followed, making the current population, which is 27 percent Creole, a mosaic of cultures. They all seem to get along well. Doobree, a fifth generation Mauritian, told me that his forefathers hailed from India. He has never visited India, like most of his family, but he knows everything about its culture and is a staunch Hindu. 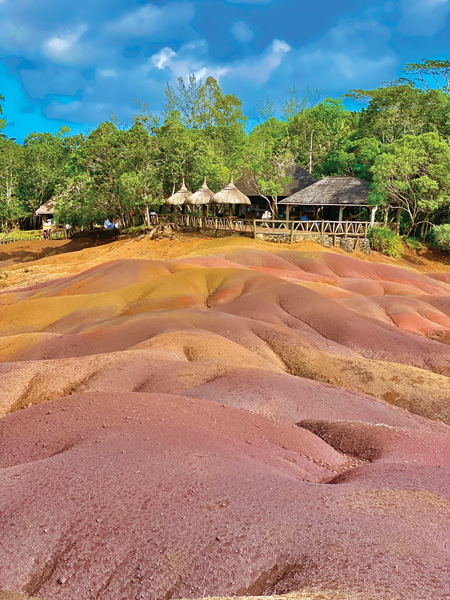 In fact, over 24 percent of the islanders are of Indian origin. It is not uncommon to find people who speak Tamil, Hindi, Urdu, Marathi or Bhojpuri, along with the official languages—English, French and Mauritian Creole.

After an hour-long drive, we arrive at the luxurious Four Seasons Resort Mauritius at Anahita, perched on the eastern edge of the island, our home for the next few days. Surrounded by colorful frangipani, allamanda and scarlet flame trees, the resort is a tropical sanctuary that draws on the dense mangroves and lush greenery for inspiration. We hop on a golf cart to meander around the lagoons, ocean and five open-air restaurants, making our way to our beach pool villa. Decorated in modern Mauritian style, the spacious accommodations come with tiled floors, airy white drapes, a wood terrace and an outdoor shower, all secluded by palm trees for privacy. 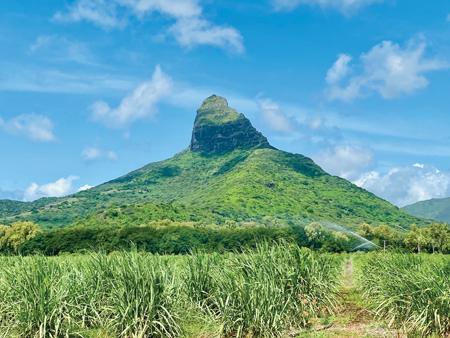 In his journal, American travel writer Mark Twain wrote, “Mauritius was made first and then heaven; and heaven was copied after Mauritius.” His sentiments resonate with me 120 years later.

At breakfast, I run into chef Vishal Mulay at Bambou restaurant, the resort’s all-day dining establishment. Another cheerful Indian-Mauritian, he joyfully informs that he’s married to a Punjabi lady. We instantly bond and reminisce over the sights and smells of Amritsar and Chandigarh (where I grew up). While there is a mile-long buffet with Chinese, Indian, Middle Eastern and American stations, Mulay assures me that he can cook “anything” we desire or miss from back home. The next day, he surprises us with poori and sabji, along with a strong cup of masala tea. We spend the afternoon at the resort’s private beach, Ile aux Cerfs, where we devour spicy samosas, grilled lobsters, vegetable biryani and local rum. Here, too, I chat with the friendly staff in various Indian dialects and absorb South Asian hospitality in an African setting. Renting and driving a car in Mauritius exposes me to yet another aspect of the culture. Founded by local entrepreneur Nitish Kuber, Soleiro Car Rental delivers our hired vehicle to the resort, leaving the keys with an attendant. No credit card or paperwork required, as business is done on an honor system. On the road, drivers patiently give way to each other, never honking, even when they park and block the narrow lanes. There seems to be an unspoken code of civility.

We explore the 40-mile-long island at our leisurely pace. Driving on the left hand side through windy roads, we pass by little villages with pastel colored buildings and sugarcane fields backing up to lush green mountains. Every few seconds, we come across a glorious temple, mosque or church crammed into the hilly neighborhoods. 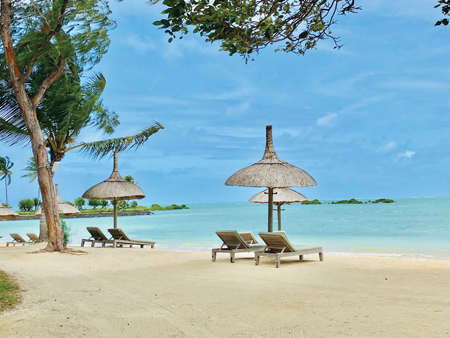 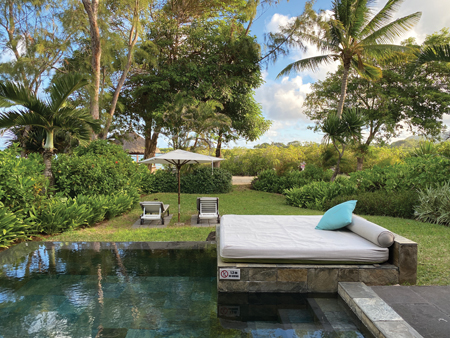 Our first stop is Grand Bassin. Resting on higher elevation, Ganga Talao is a natural crater lake where 100-plus meter statues of Shiva and Durga rise above the cold breeze and eerie mists. Many Hindu Mauritian devotees walk barefoot from their homes to the pilgrimage site, especially during the festival of Maha Shivratri. After offering flowers and prayers to the Gods, we take a tea break at the Bois Chéri tea plantation next door. This is the first and largest tea producer on the island, dating back to 1892. In the southwest part of the island, we gasp at the surreal sight of the Seven Colored Earths of Chamarel, a series of sand dunes that transform into shades of blue, green, red and yellow depending on the reflections of the sun. Rising 100 meters high from the dense valley, the Chamarel Waterfalls are an iconic image often seen on Mauritius travel marketing materials. 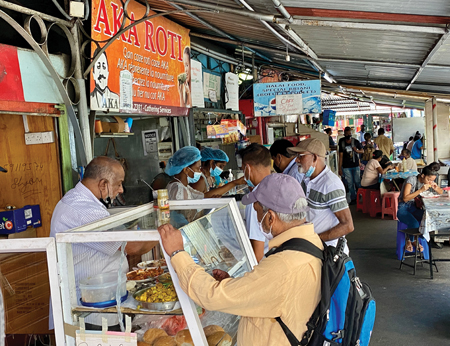 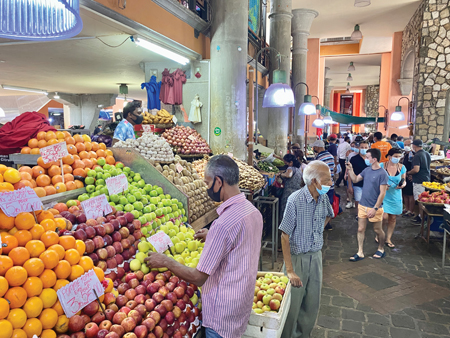 Perhaps the most underrated attraction is a rugged mountain jutting into the Indian Ocean. Le Morne Cultural Landscape is a UNESCO Heritage site that housed runaway slave settlements in its caves during 18th and 19th centuries. The sight is a symbol of suffering, sacrifice and freedom of enslaved people from mainland Africa, Madagascar and Southeast Asia. 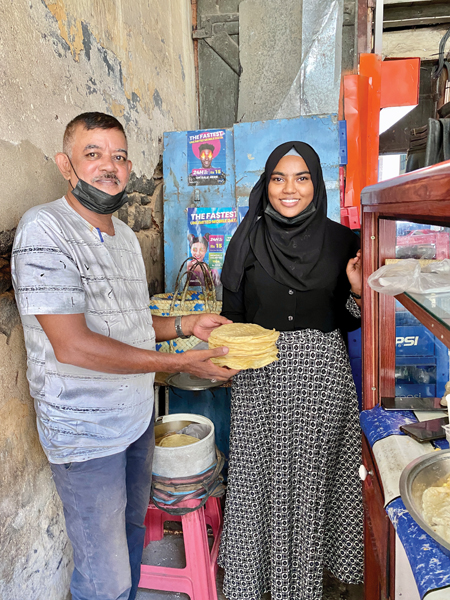 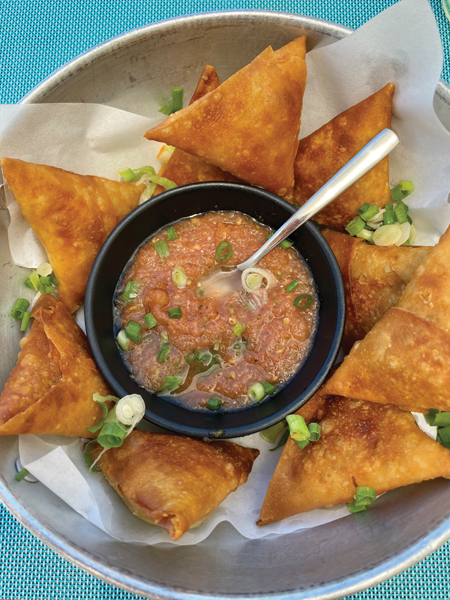 In the capital city of Port Louis, you can see why Mauritius has one of Africa’s highest per capita incomes. The modern metropolis has quality infrastructure, high-end shopping malls and international corporate offices. The Caudan Waterfront offers a scenic harbor, branded stores, local artists, posh cafes, as well as movie theaters showing the latest Indian blockbusters. 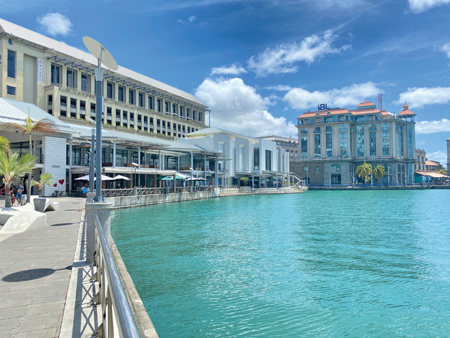 In contrast, the crowded Bazaar of Port-Louis is a cleaner version of the fresh vegetable markets you find around India. Here you can shop for spices, mangoes, coconuts, herbal medicines and fresh sugarcane juice, while listening to soundtracks of old Bollywood tunes on loudspeakers. Nearby, the former immigration depot known as Aapravasi Ghat is a grim yet notable UNESCO heritage site. This is where half a million
indentured laborers from India landed. ​Downtown Port Louis is also a good place to taste the street food of Mauritius. Locals prefer to eat from standing carts selling rolled roti (paratha), dholl puri, Jain sweets and Chinese dumplings. They are generally packed during work hours. Most tourists stay in the village of Grand Bay, drawn to its sprawling beaches, affordable hotels, assorted restaurants, shops and nightlife. The most important attraction for cultural travelers here is the biggest Hindu temple on the island. The Maheswarnath Mandir (also known as Grand Shivala Triolet) was built in 1888 by Pandit Sanjibon, a major landowner from Odisha. The temple shows influences of Bengali and Odia architecture.

Unique in its attractions, Mauritius is a good example of how diverse people can live in multicultural harmony. Neighbors from all backgrounds collectively celebrate Diwali, Holi, Christmas, Eid and All Saints’ Day with equal pomp and vigor.

As Dr. S. Jaishankar, external affairs minister of India and a Rajya Sabha (Upper House) member, recently tweeted, Mauritius is “a shining example of all that India stands for—peace, pluralism, shared progress and universal brotherhood—values more relevant than ever today.”

A week is barely enough time to soak in the magnificent nature and rich culture of the island. If you want to relax on the pristine white sand beaches, snorkel in the warm ocean, hike in the native forests of Black River Gorges national park or play a round of golf at The Four Seasons’ award-winning courses, plan for a longer stay. You won’t regret it. 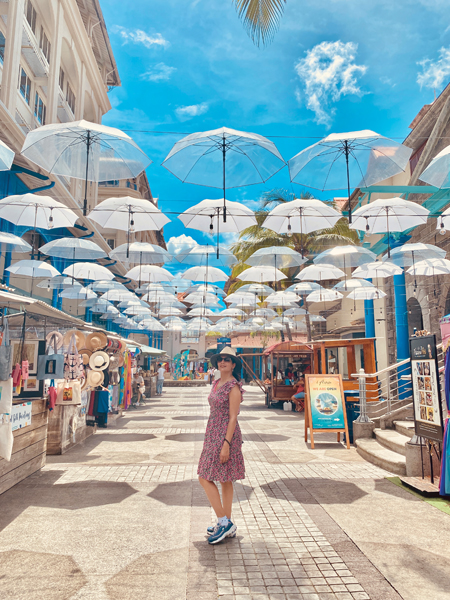 Sucheta Rawal is an Atlanta-based food and travel writer, author of Beato Goes To series of children’s books, and founder of the nonprofit Go Eat Give. Follow her on Facebook, Twitter or Instagram @SuchetaRawal