Americana: The Gold Strike that Changed the Course of American Culture 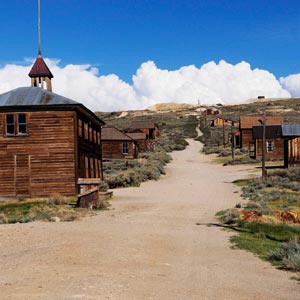 On Jan. 24, 1848, James Marshall was inspecting the construction of his new sawmill near present-day Sacramento, California, when a strange light in a nearby stream caught his eye. He bent down, brushed away a bit of mud, and uncovered a small quantity of metal that he thought might be gold. A few days later, he shared his findings with his business partner, John Sutter. After running a series of chemical tests, they confirmed their suspicions. Gold! They hurried back to the property, mucked around in the creek bed, uncovered much more of the yellow metal, and realized they might become rich, very rich.

What they didn’t know was that their gold strike would accelerate, if not outright cause, the American Civil War. Nor did they know that their gold strike would attract worldwide attention, thus paving the way for the birth of America’s first truly multicultural city. This epic period of time would yield a rich trove of distinctly “American stories,” the sum of which dramatically changed the course of our culture.

At the time of the 1848 gold strike, there were 30 states in the Union. Fifteen were in the North, the same number in the South. The western half of the country consisted of a series of large “territories,” with one notable exception. Mexico laid claim to an area from portions of west Texas to California. Such claims, however legal, were tenuous, because the three-year Mexican-American War was about to end. A month after the gold strike, a treaty ceded all of that land to the United States.

Marshall and Sutter had just found one of the richest gold veins in the history of the world, but had done so in the lawless time between the sunset of one regime and the dawn of another. In the absence of governing authorities during the settlement of the American West, “frontier justice” was often meted out, meaning that mobs and guns took the place of lawyers and judges.

Despite the efforts of Marshall and Sutter to keep the news of their claim from escaping, it did, soon reaching distant places such as South America, Australia and China. When the early rumors reached Washington, D.C., the U.S. government sent Army officer William T. Sherman to investigate. Sherman, since he had been active in the Mexican-American War, was still stationed in the area of the gold strike. Yes, this is the same Sherman who would later burn Atlanta to the ground and torch the South during the Civil War. Here is Sherman’s report:

The discovery of these vast deposits of gold has entirely changed the character of Upper California. Its people, before engaged in cultivating their small patches of ground and guarding their herds of cattle and horses, have all gone the way of the mines, or are on their way thither; laborers of every trade have left their work benches, and tradesmen their shops; sailors desert their ships as fast as they arrive on the coast…. I have no hesitation in saying that there is more gold in the country drained by the Sacramento and San Joaquin rivers than will pay the cost of the present war with Mexico a hundred times over. No capital is required to obtain this gold, as the laboring man needs nothing but his pick, shovel, and tin pan, with which to dig and wash the gravel; and many frequently pick gold out of the crevices of rock with their butcher knives in pieces from one to six ounces.

When President James Polk confirmed the rumors of an incredible California gold strike in a December 1848 speech to Congress, the rush was on. The government would need to move quickly in order to benefit from the mines. Yet, in such quickness, there would be the risk of destroying the Union, because the addition of a 31st state—California—would break the equilibrium between the 15 “free” states of the North and the 15 “slavery” states in the South.

But what say California?

To become a state, applicant territories (and at this time California wasn’t even a territory!) would write a State Constitution that defined the rights of their citizens. These constitutions would then be submitted to the United States Congress for review and approval. In short, America’s destiny was in the hands of “ordinary folks” in California. Here are their agreed-to words.

Section 1: All men are by nature free and independent, and have certain inalienable rights, among which are those of enjoying and defending life and liberty; acquiring, possessing, and protecting property; and pursuing and obtaining safety and happiness.

The hopes for a peaceful resolution between the North and the South were all but extinguished when California was admitted to the Union on Sept. 9, 1850.

But politics were of little interest and no deterrent to those seeking nuggets out of the $2 billion worth of precious metal that would eventually be extracted during the gold mining era. Tens of thousands of people raced to California in 1849, and in doing so, became known as “49ers.” Who were these people? The answer may surprise you!

In 1848, the fastest and most reliable method for East Coast Americans to get to California was by ship. Railroads to the West didn’t exist, and the overland trails to the newly discovered gold mining region were rough and unproven. “Fastest” and “most reliable” are not synonyms for “speedy” and “safe.” A New York City fortune seeker faced a 200-day, 16,000-nautical-mile journey around the tip of South America to get to the burgeoning port city of San Francisco! It was possible to shave some time by traveling through the Isthmus of Panama, but that was unappealing and death-defying because of near-epidemic outbreaks of cholera and malaria.

Instead of 16,000 nautical miles, fortune-seekers from Australia or China faced half the miles and a fraction of the risk. The comparative ease with which it was possible for internationals to travel to San Francisco contributed to a rapid influx of different cultures.

In 1852, as an example, 20,000 Chinese passed through the San Francisco customs house. By the end of that decade, Chinese immigrants constituted one-fifth the population of the four counties that made up the Southern Mines. Sure, there were cultural resentments in the mining areas as native-born Americans watched Asians pocket gold, but the Chinese persevered and the Americans eventually adapted. By doing so, both parties contributed to the establishment of San Francisco, America’s first true international, multicultural city.

In a decade or two, the gold rush era ended. As the mines were depleted, more sophisticated equipment was required to do the work, and such was beyond the means of our 49ers. As a result, many of our romanticized gold-mining heroes lived out their lives on others' payrolls. The Chinese, on the other hand, found other ways to make a living. It turns out our Asian friends had much experience in buildings railroads, a skill in high demand for a country eager to connect the continent.

The end of the era hardly marked the end of its immense influence on American or world culture. The loss of agricultural workers opened the door for the Sikhs, for example.  And  historian H. W. Brands notes that in the years after the Gold Rush, the “California Dream” spread across the nation:

The old American Dream . . . was the dream of the Puritans, of Benjamin Franklin's "Poor Richard" . . . of men and women content to accumulate their modest fortunes a little at a time, year by year by year. The new dream was the dream of instant wealth, won in a twinkling by audacity and good luck. [This] golden dream . . . became a prominent part of the American psyche only after Sutter's Mill.

In the past decade, I have visited many old gold-mining towns, none more evocative than Bodie, California. In the 1870s, it was likely one of the richest places on earth. The gold is gone and so are the people, but the history and legacy are not.

Here is the author’s video contrasting a historic photo collage of Bodie, California, with a brief clip of the town as it stands today. It is the author’s hope that the video will whet your appetite to learn more about the Gold Rush era, one of the most compelling and important stories in American history.

A Journey to the Abandoned Gold Mining Town of Bodie, California