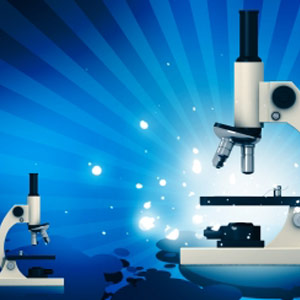 A report from the Centers for Disease Control and Prevention (CDC) and the National Cancer Institute finds that the percentage of U.S. citizens screened for cancer is still below national targets, with significant disparities among racial and ethnic populations. Screening rates have been lower among Asians than among whites and blacks.

Each year, approximately 350,000 persons are diagnosed with breast, cervical, or colorectal cancer in the United States, and nearly 100,000 die from these diseases. For three decades a document called “Healthy People” has set 10-year national objectives for improving the health of all Americans. The 2010 edition, called “Healthy People 2020,” sets screening goals for the early detection of several types of cancers. Following are the breast, cervical, and colorectal cancer screening recommendations endorsed by the United States Preventive Services Task Force:
• Breast Cancer: Women aged 50-74 years should be screened with a mammogram every two years.
• Cervical Cancer: Women aged 21-65 years should be screened with a Pap test at least every three years. Alternatively, women aged 30-65 years can extend their screening interval to every five years by having a Pap and human papillomavirus testing.

In 2010 the National Health Interview Survey was used to assess the use of currently recommended cancer screening tests by age, race, ethnicity, education, length of residence in the United States, and the source and financing of health care. Asians taking the survey were classified as Chinese, Filipino, or other Asian.


• Among Asians, screening rates for all three cancers were lower (64.1% for breast cancer, 75.4% for cervical cancer, and 46.9% for colorectal cancer). Immigrant women who had been in the United States for <10 years were almost as likely as U.S.-born women to report having had a mammogram within the past 2 years (70.3% and 73.1%, respectively), whereas only 46.6% of immigrants in the United States for <10 years reported being screened in the past 2 years. Education level also was associated positively with screening.

Financial barriers to screening might explain some of the observed disparities in cancer screening rates. Dr. K. Sujatha Reddy, who has worked for years with Georgia Community Health Centers, expanded her reach to the medically underserved by founding the nonprofit Sai Health Fair, Inc. She knows people who have to pay $950/month for health insurance, and the testing she provides at health fairs for a nominal $25 is comparable to testing costing $650 in the healthcare system—so high costs can be a hurdle for many people.

[Please email your health and medical questions for consideration in this column to: gharjee@comcast. net. The material in this column is of a general nature, and must not be construed as specific medical advice.]