Mapping the World with Words 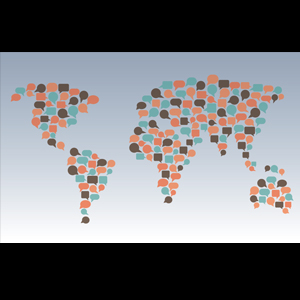 Georgia native Kiran Bhat writes novels, short stories, and poetry. An avid traveler who has thus far visited 147 countries, he speaks a dozen languages! Bhat is the author of We the Forsaken World..., Afora Adentro, Autobiografia, Kiran Speaks, and Tirugaatha, a travelogue in Kannada. He talks about his life and work, which includes an innovative online literary project called Girar.

Born in Jonesboro, Georgia, to parents who are doctors, you followed your wanderlust to traverse the world. Name a few places you have called home.

You speak passionately about your latest endeavor, Girar—multiple stories that take place around the world, delivered to subscribers. Could you elaborate and elucidate?

I am publishing a novel outside the context of a physical or digital book. It's a serialization I publish on a website—stories in real time—and send them to my readers at that moment via email. Girar ('to turn' in Spanish) aspires to capture the flow and feel of daily life across 365 different places on our planet. The stories involve an archetypal Mother and Father, living a content and settled life all the while trying to make sense of Son, proudly gay, living far from them in a foreign country. Each installment reimagines the essences of Mother or Father or Son into a new cultural context and nationality. Girar not only gives the reader a unique and intimate portrait of all of our Earth’s imagined countries; it tells the tale of a family coming to love each other despite their disagreements, over the slow burn of a decade. Girar is an attempt to turn around the family, to turn around the world, and to turn our concepts of what a novel means over inside out. I do hope anyone who is interested will consider checking it out (www.girar.world).

How did this avant-garde idea of a novel, published in real time, set all over the world, serialized over email publication, come to you?

I got the idea for Girar when I was visiting Spain. I was in a city called Segovia, inside of a cathedral that was part mosque and part synagogue, and it was like a darshana hit me. In the same way all of Iberian history combined in this one building, why couldn't I combine all of the world into one novel? I didn't know how I was going to do it at that time. I was only 21, and I was just starting out as a writer. But I knew I wanted to travel the world and write. So I got a job teaching English online and traveled furiously. Over time, Girar became the actualization of what that vision was telling me. 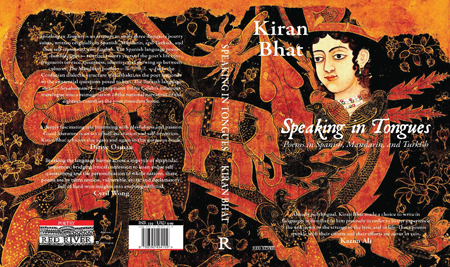 As for how Girar took on the form it is publishing in, that was inspired not only by my travels, but by advances in technology and social media and digital interconnectivity. I wanted to create something that could literally channel that real-time effect of globalization but in the context of a novel. These days we get information from all across our planet through our mobile devices and laptops, and it is instantaneous, making us feel like we are connected to anything happening at our world the moment it happens, whether it is a bombing in Odessa or a strike in Colombo. I wanted to write a novel with this real-time immediacy, and I wanted to put as many corners and cultures of the world as possible at its center.

You speak a dozen different languages. What spawned your love for learning different tongues?

I learned to appreciate learning foreign languages when I moved to Spain. I was studying abroad in Madrid, and I realized that people there knew very little English. Despite not having a language in common, the locals were so friendly, so talkative, and so fun. I wanted to be able to speak to them, or be their friends, or be able to connect with them, but I didn't know much Spanish. So I went out of my way to learn Spanish, and to speak it fluently. The only way to bridge that gap is to learn other languages. I kept travelling to different places, and I kept feeling that desire to get to know others. So I kept learning language upon language upon language. I'm now at twelve languages. Almost all of them except Kannada are major trade languages (English, Spanish, Portuguese, Turkish, Mandarin, French, Hindi, Russian, Japanese, Indonesian, and Arabic).

I'm an English thinker and speaker. I think that's the language I’m most fluent in when it comes to writing, and the one which comes the most naturally to me. It's also the one that comes to me 99 percent of the time I’m thinking. That being said, I'm a little bit of a performance artist, and I like putting myself in other linguistic and cultural conditions. I love speaking my mother tongue Kannada, and when I'm in Karnataka or in a Kannada-speaking environment my mind would change to think mostly in Kannada. I have written a travelogue in Kannada, and I've also been working on some stories and poems here or there, but my Kannada is limited so I don't know how to write in it well. 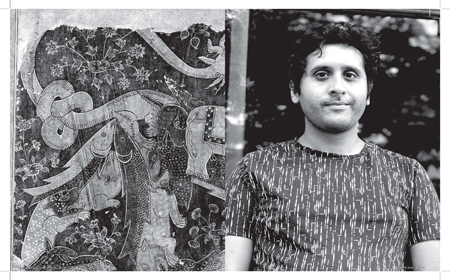 In your self-introduction on Goodreads, you describe yourself as a novelist writing for the global age. How would you define the global age and your role as a writer in relation to that?

It's hard to say. The idea of the global age has changed a lot since I started writing or imagining what I wanted to do as a writer. As I said earlier, we most certainly live in a global era in certain ways. We consume media from all over the world, which makes us feel more connected to people from different nationalities, walks of life and cultural backgrounds than previously. Access to travel has also become easier, so more people from all over the world are actually able to tour, migrate, and experience life across the planet than compared to earlier. We also live in a time of a lot of division and tumult. Because borders are becoming more porous, we are seeing more people reacting angrily, wanting to make the world more insular and simple again. We live in a time of so much right-wing militancy because of this. I do feel like this part of the transition of moving towards a borderless way of seeing Planet Earth. Ultimately when there is any great cultural change people are strong to react on both sides. Great violence is a reaction to something that provokes a great fear.

Your experiences, rather than university credentials in the arts, appear to shape and sharpen your skill. In your estimation, can aspiring writers bypass expensive and time-consuming MFAs to be successful?

This is hard to say. Honestly, I think if you go through the route of the MFA you are more likely to be more traditionally successful. Sadly, a lot of getting published now is about who you know and how much your work appeals to the market, and it has little to do with the spark of your vision or how much you are challenging the limits of fiction. So, I think if it's just about being more "successful," I'd strongly recommend going in that route, as you are more likely to find the connections needed to later become a household name.

But I don't know if success in that way is my goal. I really want to create works of art that push the cultural conversation forward and help humans imagine things that they wouldn't have previously. Whether you will be seen as successful or not is hard to tell— and frankly, what is success anyways? It's honestly a very subjective concept, and often something with very little objective worth. I will say I believe deeply in what I am doing, and I would recommend any artist of conviction to follow what they believe is right. You will never achieve your true sense of purpose unless you are willing to take the risk. You must do what you feel is meant to be done, regardless of whether the outside world recognizes it or not.

Author of Kismetwali & Other Stories, Reetika Khanna is an Atlanta-based freelance writer who likes to spotlight people with purpose. She has worked with ELLE as a senior features writer, and as an associate features editor with ELLE DÉCOR, Mumbai. For more, go to ReetikaKhanna.com​