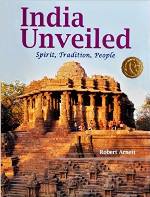 Robert Arnett, a native of Columbus, Georgia, has had an avid interest in India for over 35 years. He is the author and photographer of the internationally acclaimed book India Unveiled: Spirit,Tradition, People
that has won 4 national book awards. He is also the author of a children’s book set in India, Finders Keepers?, that has won 5 national book awards.
Arnett has lectured widely throughout North America, including The Smithsonian Institute, The Kennedy Center, Harvard, Yale, and Stanford Universities. He was a speaker at the Parliament of the World’s Religions held in Cape Town, South Africa. He has also given numerous presentations at schools, libraries, community organizations, temples, and churches. His corporate presentations include AT&T, US Department of Agriculture, Delta Airlines, British Petroleum, and General Electric Corporation.
He has been interviewed on National Public Radio, Voice of America, South African Broadcasting Corporation, and various television programs.
For more information about Robert Arnett and his books visit www.AtmanPress.com.